Stage 12 of the 2018 Dakar cancelled for bikes and quads 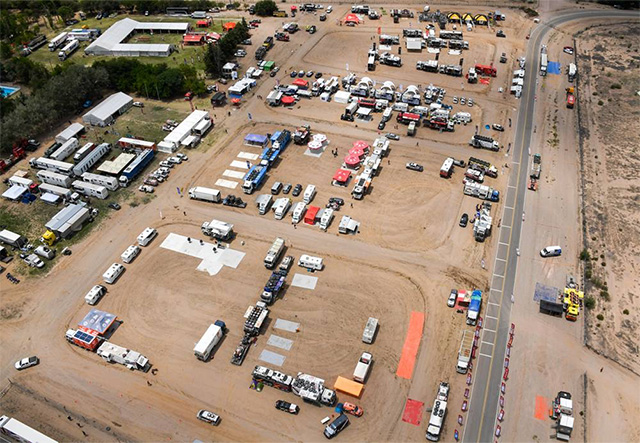 Stage 12 of the 2018 Dakar Rally has been cancelled for bikes and quads with organisers having concerns about the weather.

While the news is somewhat good for leader Matthias Walkner, it is not good news for those, such as Toby Price, Kevin Benavides, and Antoine Meo who where all looking to closed down the 40 minute gap. This now only leaves 2 more stages for the pursuers to catch the leader.

The 723km stage Stage 12 from Fiambala to San Juan, of the 2018 Dakar Rally, the second leg of the final marathon stage, was to again test both rider and machine. On the up side though the riders will get another full days rest.

Doubt was cast over the stage with weather conditions not looking good, organisers initially deciding to alter the route but race director Race Director Marc Coma called off the stage.

In a statement promoters ASO said, ‰ÛÏFollowing the study of the safety conditions for bikes and quads race tomorrow, despite a first modification of the stage announced this afternoon, having consulted the competitors grouped at Fiambala‰Ûªs marathon bivouac, the Race Direction has taken the decision to cancel the 12th special stage for bikes and quads,‰Û