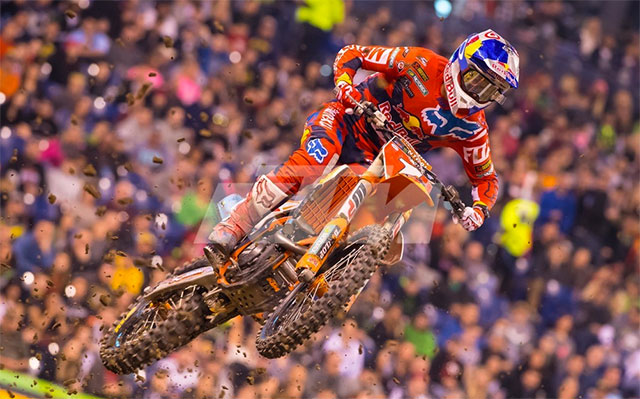 Following what was arguably the fiercest battle for victory that Red Bull KTM's Ryan Dungey has faced all season, the reigning champion of Monster Energy AMA Supercross, an FIM World Championship, has won consecutive races for the first time since the third and fourth stops of the 17-race schedule.

With a total of seven victories and a podium finish in all 13 races thus far in 2016, Dungey has the first title defense of his career in sight as the championship makes its annual visit to the "Gateway to the West" of St. Louis for the 14th race of the season inside "The Dome" on Saturday, April 16.

While Dungey inches closer to a third 450SX Class title, the Eastern Regional 250SX Class has reached historic levels of parity with five different winners through its first five races.

Saturday's race will signify the 2016 premiere of Monster Energy Supercross live on FOX Broadcast Channel, kicking off the first of consecutive weekends on national network television.