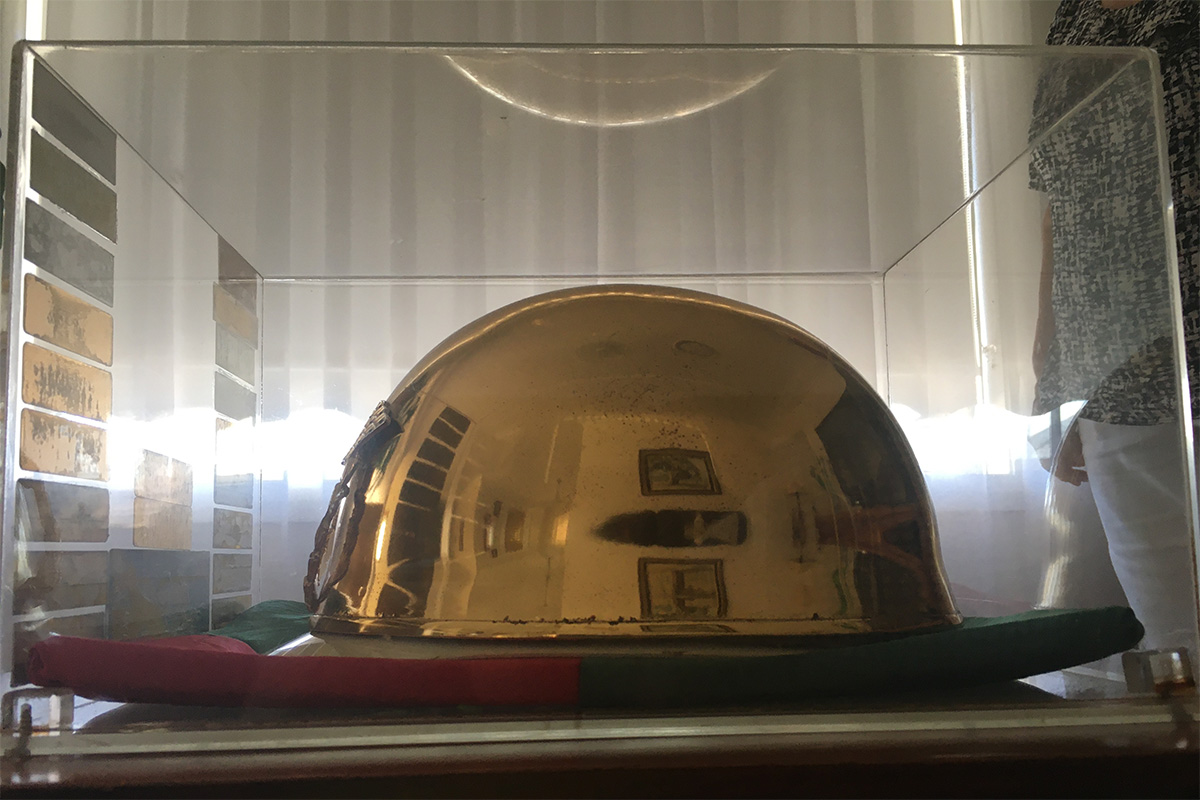 A motorcycle trophy with its origins going back to the 1960s is being revived and will be raced for at the annual Trackmasters meeting at the Barleigh Ranch Raceway, near Raymond Terrace on the weekend of March 27/28.

The Troth Family Golden Helmet was presented to the Wallsend club in honour of the late Max Troth who was a very keen member of the club in the 1960s as well as being a prominent official for a number of years.

The trophy is a helmet gold plated and it is encrusted with red and green stones on the crossed flags.

The Golden Helmet was originally raced for at the old Heddon Greta Raceway short circuit track until its conversion to a speedway.

Thereafter the Helmet was awarded to the top rider in the Wallsend Motorcycle Club each year, until the amalgamation with the Raymond Terrace, Mayfield and Newcastle Speedway Riders Clubs created the present-day Hunter Motor Cycle Club.

After Pat Fernance was the inaugural winner other winners include many Australian champions in Chris Watson, Todd Wiltshire, Keith and Stephen Davies, George Watson and passenger Robert Anderson, Paul Caslick and Greg Primmer.

The Hunter MCC has decided to bring out this trophy after lying dormant for more than two decades, and the trophy will again be up for grabs at the annual Trackmasters meeting.

Racing takes place on Saturday and Sunday and after the final of the Unlimited class on Sunday the first four riders plus another nominated by the club will do battle in a series of match races so a new name can be added to the already classy list of previous winners.

The nominated rider will firstly take on the fourth placegetter, with the winner then racing the third placegetter. And so on. Each will be a two lap match race with the winner of the last race being the newest name on the Golden Helmet.