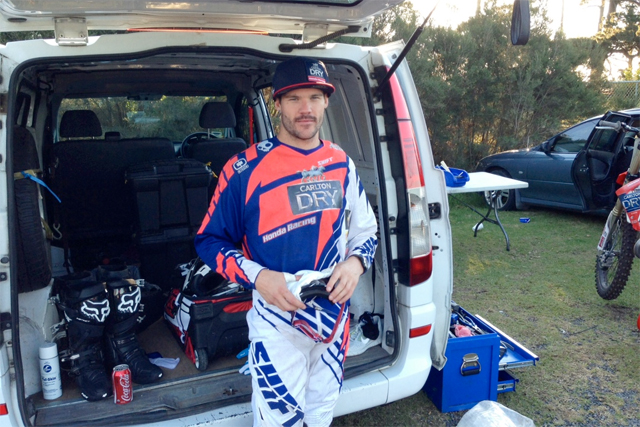 Gareth Swanepoel has confirmed he has signed on to race with the Carlton Dry Honda MX team for the remaining rounds of the 2013 Monster Energy MX Nationals starting with this weekends round six being held at Appin in New South Wales.

The South African born rider has many years of international experience under his belt having spent time racing in the World Motocross Championship in both MX2 and MX1, including finishing 2nd at GP of Lierop, and 3rd at the GP of Valkenswaard on his way to finishing fifth in the World MX2 championship in 2007.

He also finished 8th in the 2009 World MX Championship and has spent the past few years racing in the United States in both the Supercross and Outdoor Motocross Championships.

With nothing on offer in the U.S for the current outdoor season, Swanepoel was happy to take up an offer from the Honda MX team to head out to Australia to race.

"I was contacted by Ben Townley and the guys from the Honda team over in Australia and they made me an offer to come over to Australia to ride." Swanepoel told Fullnoise.com.au. "It seemed like a great opportunity and one I need to take advantage of and make the most of it. 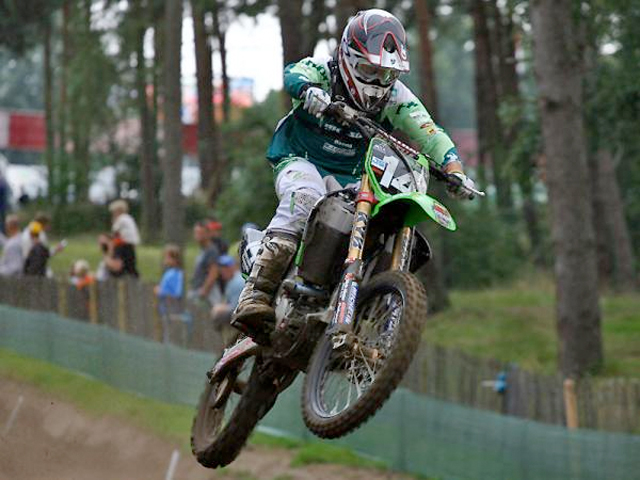 Gareth Swanepoel on his way to a career best 2nd place at the MX2 GP of Lierop in 2007
Credit: https://www.swanie.co.za
Though he has not seen the Australian series first hand, he does have a little bit of an idea of what to expect when he lines up on Sunday for his first race Down Under.

"I know it is a pretty big series, I have watched a bit of You Tube footage and done a little home work on it, judging from what I have seen, it looks a bit like racing the British Championship, which is something that I did for quite a few years.

The 28 year old has some goals set out for the remaining five rounds of the Australian MX series and if things go well, there is a good chance we will see I'm stay on board of the Australian Supercross Championship that starts just two weeks after the MX finale.

"Coming in to my first round I don't really have any expectations." Swanepoel continued. "I am just going in there to get my feet wet and get a feel for the bike and the racing.

"After that I will be chasing some podiums and moto wins before the season is done, I see myself as having a fair shot of doing that.

"I would definitely like to race the Supercross series. It is something we are looking at, but first we will look at how my five rounds of the outdoors go. But there are plans for me to race Supercross," he concluded.

Top Image: Gareth Swanepoel will race this weekends MX Nationals round at Appin for Carlton Dry Honda after spending the next two days testing in Melbourne