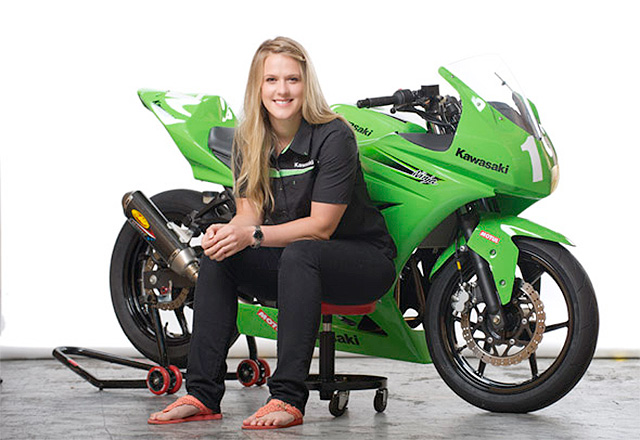 Sydney based Sophie Lovett is fast making a name for herself in Australian road racing winning the ASBK Pro Stock C/D-Grade championship in 2012 and further increasing her speed in 2013. Lovett recently won the opening round of the 2013 ASBK 250cc Women‰Ûªs Production class championship and clocked the fastest lap time for the entire 250cc Prod. class in the final race.

Kawasaki is pleased that Lovett is quickly finding success in the largely male dominated sport of road racing and is looking forward to working alongside her to increase the profile of female motorcycle riding and racing in Australia.

‰ÛÏJoining with Kawasaki has been a fantastic opportunity and will further enable me to achieve my goals of winning the ASBK Women‰Ûªs championship and place top 5 in the B-Grade ASBK Pro Stock championship," Lovett said. "The Kawasaki Ninja is such a solid platform for a race bike as can be seen in the Pro Stock class where there are so many green bikes.‰Û 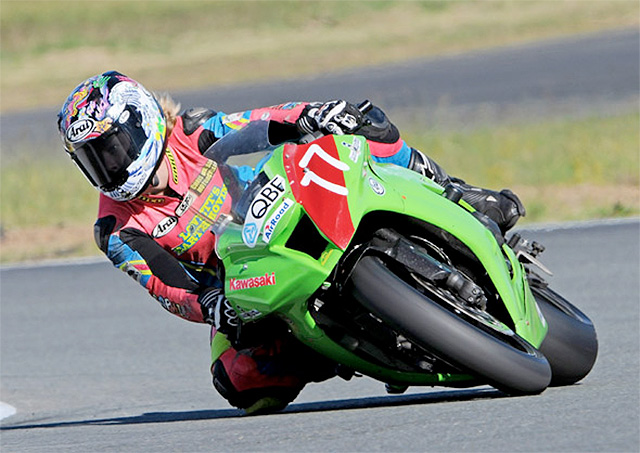