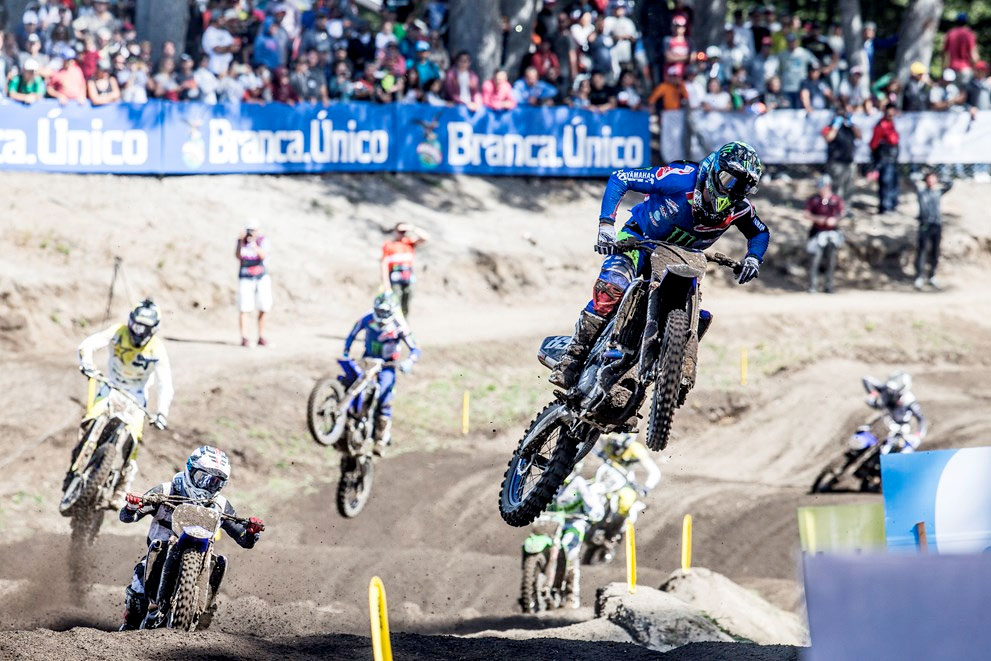 Romain Febvre finished inside the top five in both races and I knows he has the speed to be a contender in 2018
A solid start to the 2018 MXGP campaign for Monster Energy Yamaha Factory Racing Team riders Jeremy Van Horebeek and Romain Febvre, wrapping up the first round of the FIM Motocross World Championship in Patagonia, Argentina, tied on 34-points for fourth.

The opening round of the FIM Motocross World Championship took place on the spectacular circuit of Neuquen, Argentina. The track is fast, wide and flowing, and is made out of a unique, dark and grainy volcanic soil. The dirt is deceptive. It looks smooth with a lot of traction, but is quite the opposite with many sharp, square edge bumps hidden beneath the loose and loamy layer of topsoil.

In the first chase for valuable championship points Romain Febvre got off to a blistering start chasing the defending World Champion Antonio Cairoli around turn-one. The talented and wise 26-year-old knows that championships are not won at the first round and he remained cool, calm and collected for the entire 30-minute plus 2 lap duration of the race to finish fourth place.

Like his Monster Energy Yamaha Factory Racing teammate, Jeremy Van Horebeek also appreciates the importance of riding within his limits at the start of the season, especially in challenging conditions. The 28-year-old got off to an average start, by his own standards, and rode a solid pace lap after lap to bag fifth place in the first outing. 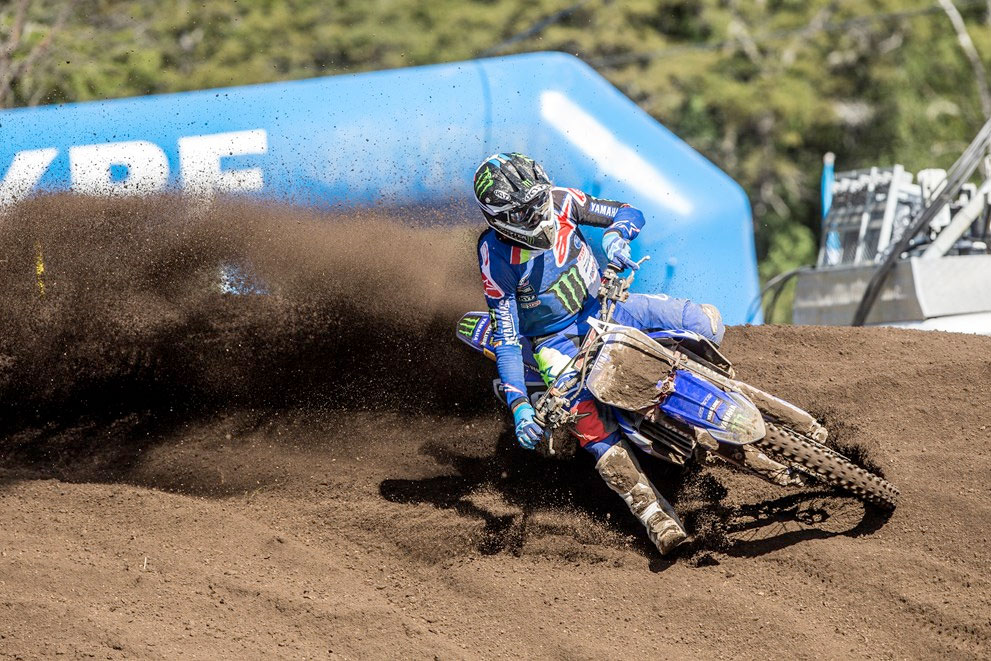 It has been a perfect weekend to start the season Van Horebeek declared
In the final race of the weekend roles had reversed between the two YZ450FM riders. Jeremy Van Horebeek ripped a decent start with his teammate Romain Febvre in his wake. The duo bought the typically quiet and serene venue to life with their bar-to-bar battle for fourth place, which raged on until the flag. Despite suffering from a stomach bug, Van Horebeek managed to keep his teammate at bay for fourth place in both the race and the overall results, while Febvre was forced to be content with fifth.

"It has been a perfect weekend to start the season," Van Horebeek declared. "I didn't have enough for a podium today. I battled for third place because the other two guys were on another planet. I just feel the key to the race for me is the start. I need to work on my starts because my first start was really bad but my speed in the race was okay. I got sick after the first race but I still enjoyed the day and I feel it was a good first GP."

Likewise Romain Febvre was happy to his start to 2018.

Wilvo Yamaha Official MXGP duo of Shaun Simpson and Jeremy Seewer put in a series of promising performances all weekend. Simpson achieved his goal of finishing inside the top-eight despite crashing in the opening race of the weekend, in which he finished eleventh. The Scot put in a praiseworthy ride in the final race of the day for seventh place, and seventh overall.

"I am absolutely pumped with the overall result," Simpson said. "I came here to get inside the top-eight in both races, and if I hadn't crashed in the first race, I would have achieved that. The second race I finished seventh. I know I don't quite have the speed to run with the top-five right now, but from where I was last year to where I am today. I am happy with how I've bounced back, with my own motivation, and the team's motivation as well. It's quite exciting to see what else we can achieve as I know the bike has a lot of potential left to explore. We will go back to the workshop, make some small changes and improve. We will come out in Valkenswaard really swinging and try and get back inside the top-five. Let's see where the next eighteen rounds will take up. I'm really excited." 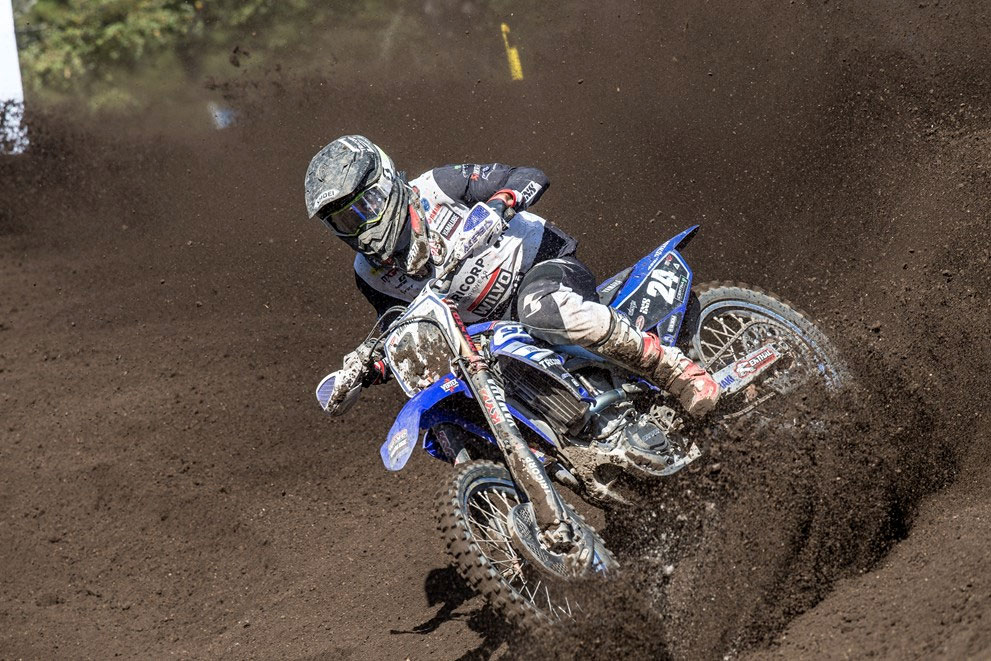 Shaun Simpson was absolutely pumped with the 7th overall and excited for the next eighteen rounds
Wilvo Yamaha Official MXGP's newest recruit Jeremy Seewer was a hot-topic all weekend long as he made his MXGP debut onboard the all-new 2018 YZ450F. The 23-year-old Swiss rider was lightening quick in every session, and used his incredible speed to finish a respectable seventh place in the opening race.

A better start in Race 2 had the number '91' within striking range of the top-five before an enormous crash put him out of the race. It was a disappointing end to what was about to be an impressive start to his world championship campaign. Nevertheless, on a positive note, he was unharmed in the accident and will be back in the saddle for the second round of the FIM MXGP World Championship, which will take place in Valkenswaard, The Netherlands, on the weekend of March 18th. 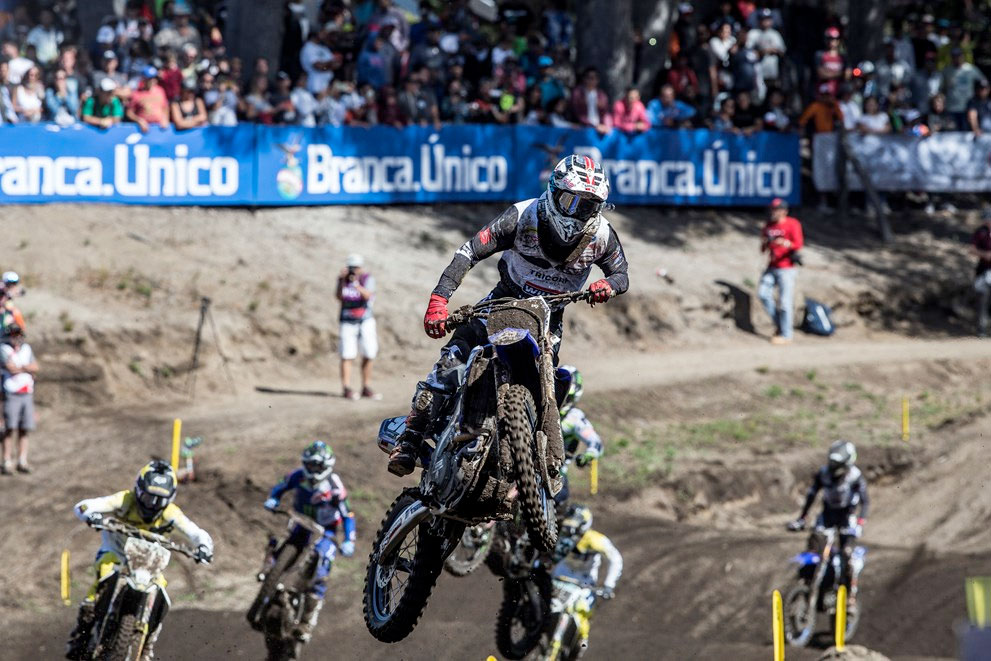 Wilvo Yamaha Official MXGP's newest recruit Jeremy Seewer was a hot-topic all weekend long as he made his MXGP debut. He also had the crash of the round!