Solid start to the North West 200 for Honda Racing 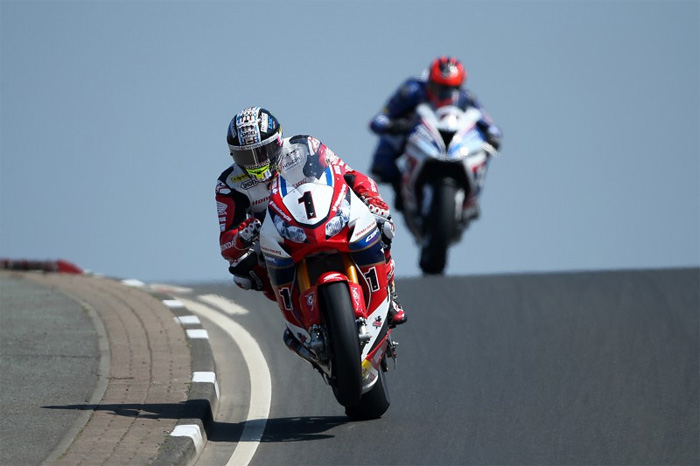 The 2016 North West 200 got underway this week in glorious conditions around the 8.9-mile Northern Irish circuit. After the practice and qualifying sessions Honda Racing‰Ûªs John McGuinness and Conor Cummins will start Saturday‰Ûªs Superbike races from eighth and 12th on the grid.

On Tuesday (10 May) the NW200 kicked off with the first Superbike practice. McGuinness, for the first time at the circuit, clocked over 200mph through the speed trap aboard his Honda CBR1000RR Fireblade SP machine and finished the session fourth fastest.

This afternoon it was looking hopeful for the Morecambe-missile, who in the early stages was running in third place. However, halfway through McGuinness made an unscheduled stop as his machine was overheating, which after inspection was caused from a large stone hitting the radiator.

A quick turn around saw the machine repaired, but the session was red flagged and stopped due to an incident on the circuit. McGuinness‰Ûªs combined times place him eighth on the grid.

Meanwhile team-mate Cummins enjoyed a positive opening session on Tuesday and finished the day in eighth place. Today‰Ûªs session saw a few small grip issues for the Manxman and with limited track time due to mid-session changes, and the red flag ending proceedings, he finished 19th. The combined session times see Cummins 12th on the grid for the Superbike races.

"Tuesday was awesome! We did over 200mph, which I am still really pumped about." John McGuinness commented. "To do that felt so good; we were right in the mix and really competitive throughout the session.

"Today we made some small changes, maybe we didn‰Ûªt go in the right direction with, but we had to try something. Halfway round I collected a massive hole in the radiator from a stone hit, I‰Ûªve never seen anything like it before, but these Superbikes have over 200bhp, so tear up the road a little!

"I am a little disappointed with that as I was running third at the time, but it comes with road racing. Now to refocus and regroup ahead of the races on Saturday.