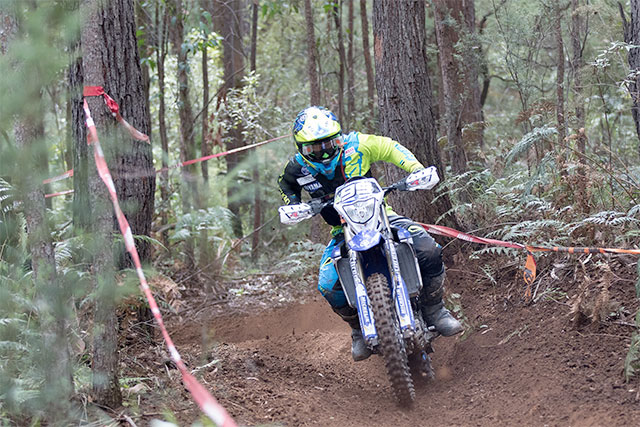 The Active8 Yamalube Yamaha off road team kicked off their 2017 season on the right foot with a commendable performance from all three riders that has them well placed as the Australian Off Road Championships (AORC) got under way over the weekend.

Lead up rain in the Victorian Gippsland region made the Rawson venue wet under foot and damp out on the trail but team riders Josh Green, Beau Ralston and Wil Ruprecht applied themselves to the job at hand and achieved good results.

While officially called rounds three and four, with the cancellation of the opening rounds due to flooding in NSW a few weeks ago, the Rawson event was the first time the national competitors got to eye each other off in major competition and with the format set down for a three hour X-Country race on Saturday followed by a Sprint race consisting of six laps of a ten minute course on Sunday, it was going to be a tough weekend at the office for the riders.

Josh Green led the Active8 Yamaha charge across the two days and currently sits second in the outright standings. On board his YZ450FX, Green posted a fourth-place finish on Saturday in the three-hour race, despite having fuel splash all over his pants as a breather line come loose. But wasn‰Ûªt happy with his result and vowed to turn things around the following day.

To his word, Green bounced back to claim a second-place finish in the Sprints and leave himself well placed as the championship moves forward.

‰ÛÏThe track was savage on Saturday and a really tough opening race for the year,‰Û 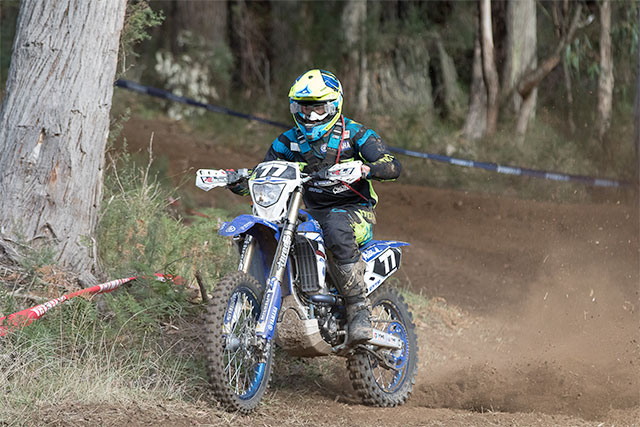 Wil Ruprecht stunned the off road fraternity with a standout performance on the weekend. Credit: John Pearson
The weekend proved to be a revelation for the newest member of the Active8 Yamaha team, Wil Ruprecht. The young gun leapt from the blocks on his YZ250FX and showed why he has been picked up by the Yamaha team.

He charged his way to a brilliant fifth place finish outright and the leading E1 class machine in Saturdays‰Ûª X-Country and then backed that up with another masterful display on Sunday to finish fourth outright and dominate the E1 class on Sunday. Had it not been for a small fall late on Sunday, Ruprecht was on the way to a podium finish.

‰ÛÏI‰Ûªm stoked with my results over the weekend and really happy with how things went working with the team. No one never really knows how the start of a championship goes but to be top five both days and leading the E1 class is above the goal I had set so I‰Ûªm pumped.

‰ÛÏWorking with the Active8 Yamaha team has been great so far and its awesome to have so much knowledge around me at events like these,‰Û 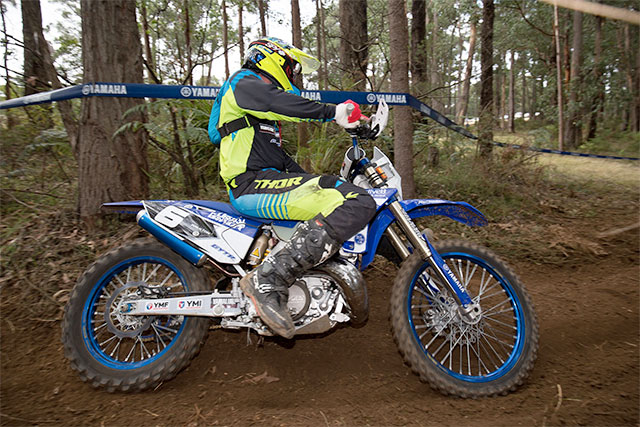 Beau Ralston struggled but will be better come next round. Credit: John Pearson
Beau Ralston logged two top 10 outright results on the weekend on his big bore YZ300 two stroke to get off to a reasonable start in the championship. Ralston is a huge fan of the two-stroke machine but rues a set up error that cost him dearly over the weekend.