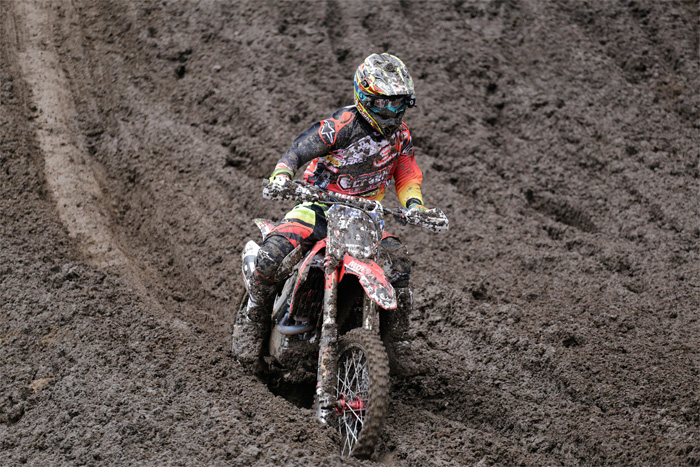 Crankt Protein Honda Racing Team‰Ûªs Dylan Long and Jay Wilson made further progress despite challenging conditions at round three of the Motul MX Nationals at the State Motorcycle Complex in Broadford on Sunday.

With heavy rain drenching the iconic venue prior to racing kicking off yesterday, both Long and Wilson rose to the occasion in the muddy conditions, walking away from the round with a handful of additional points in the overall championship standings.

With qualifying and Superpole both removed from the MX1 schedule, when racing got underway, Wilson only narrowly missed out on the first holeshot ‰ÛÒ from there Wilson held on to fifth position, before lappers caused the Honda mounted rider to drop two places, seeing him conclude race one in 7th.

After getting to a reasonably good start in race two, lapped riders once again made making passes difficult on the one lined Broadford circuit, and as a result Wilson settled for 8th position. With both results combined, Wilson wrapped up round three in 8th overall, and made up two positions in the MX1 championship standings.

‰ÛÏThere were a lot of positives to take out of round three. As a team we‰Ûªve made some great progress with the bike, and we‰Ûªre content with how things ended up,‰Û 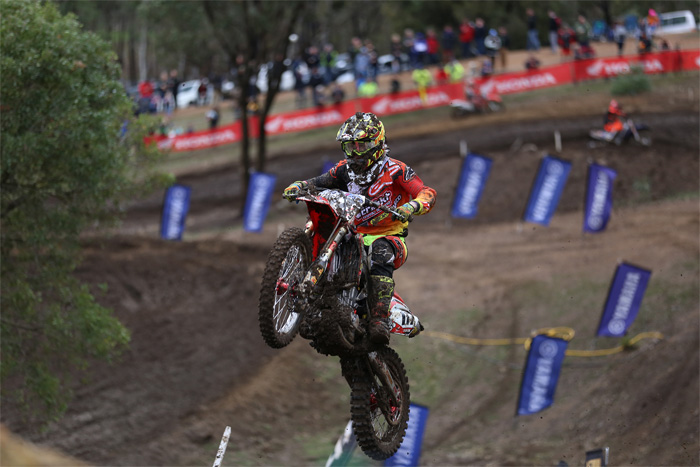 In race two, the ride of the day for the Honda backed team came from Victorian local Long. After getting to a solid start, Long fought off tough competition aboard his Honda, to race to an impressive fifth place finish. With a top five in the final race of the day, Long wrapped up round three in 6th overall at Broadford, and now sits in 7th in the MX1 championship standings.

‰ÛÏThings went not too bad for me at Broadford. The track was pretty wet in some spots which made things interesting, but we had another good round on the Honda,‰Û