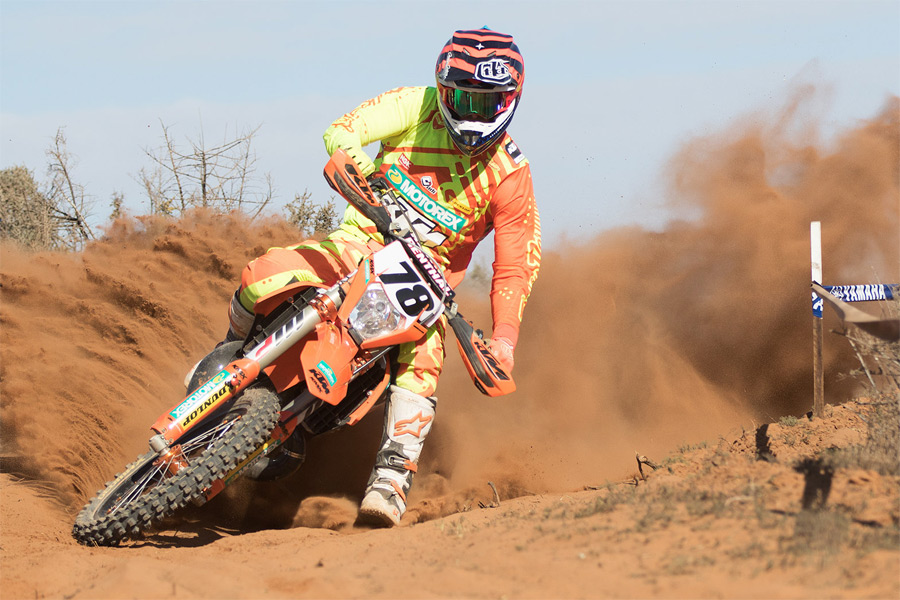 He talks about how his off-season has been going, his triumphant 2017 and what we can expect from him and the KTM Enduro Team this season.

Q. 2017 was a successful year for you taking out the E3 title, what do you attribute your success too?

Last year was a good year for myself, it was my first year on the KTM Enduro Racing Team and I learnt a lot with so many good people behind me. The bike was awesome which always helps, but the guidance of the team was something I really valued and taking out the E3 title was one of my proudest achievements.

Q. What was the highlight of your 2017 AORC Season, obviously aside from winning the E3 title?

The highlight for me was the final round of the season at Omeo, it was rather cold up there, but I just loved the track. It was my favourite track of the year by far; I just had so much fun at Omeo it was unreal.

Q. 2017 was first year on the KTM, what was the best thing about being on the KTM team?

I find we have a friendly and fun vibe around the team, but on top of that environment we work really hard and do a lot of testing, which gives me great confidence on race day. I really enjoy the fun environment, as it fits my personality perfectly. 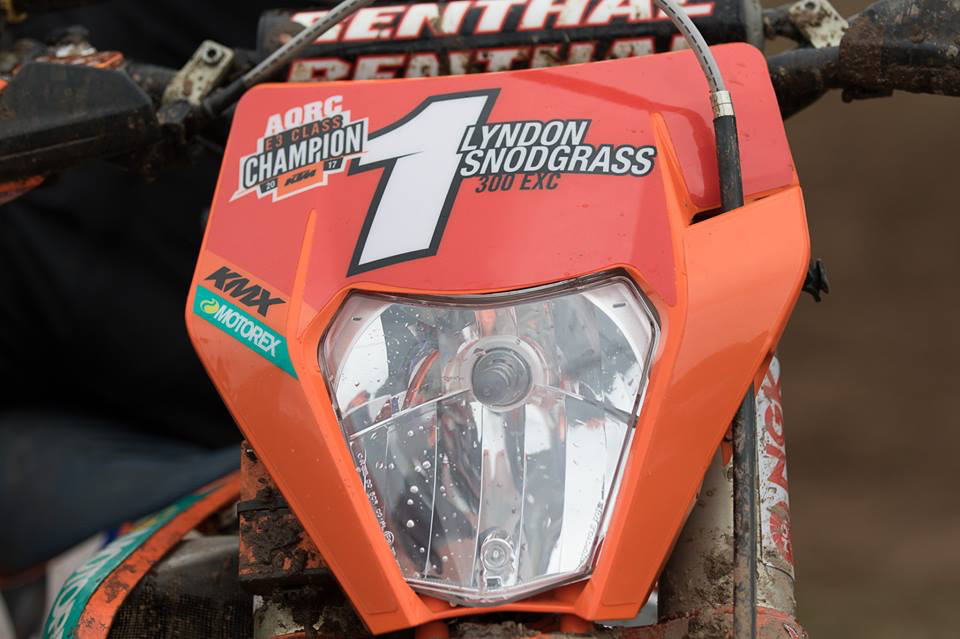 Lyndon Snodgrass
Q. The 2018 season is fast approaching, what have you been up to over the off-season? What has the training workload been like? What training have you been doing?

I‰Ûªve jumped up to 450 EXC and I‰Ûªve been absolutely loving it over the off-season and putting in the work over the past few months with Beatons Pro Formula. We have been working on a lot of different aspects to get me ready for season 2018. I have also been working with Extreme Fit 360 in the gym. I have learned a lot this off-season and I‰Ûªm hanging out to get to round one.

Yeah last year I was on the 2-stroke 300 EXC and last year I rode Daniel Milner‰Ûªs bike a few times and enjoyed it. At the end of last year I jumped on it again and thought I want to race the 450 EXC in E2.

I want to ride like I know how to and have a really good consistent year, I really want to put all my training from the off-season to good use. I would like to be up the pointy end of the championship, but we will soon find out where everyone is at come round one. There is going to be some strong competition this year that makes it exciting and it will be great to know where I am sitting.

Q. Who will be your toughest rival for the E2 title?

That‰Ûªs a tough one, there is going to be a bunch of guys such as Daniel Sanders who is coming back from Europe he is going to be in the hunt. Josh Green will be one to watch as well he always rides well and will be up there. I also reckon Will Ruprecht will be strong competition, but its hard to know who will be riding fast until race day. Its going to be interesting come round one at Gympie on March 10-11.