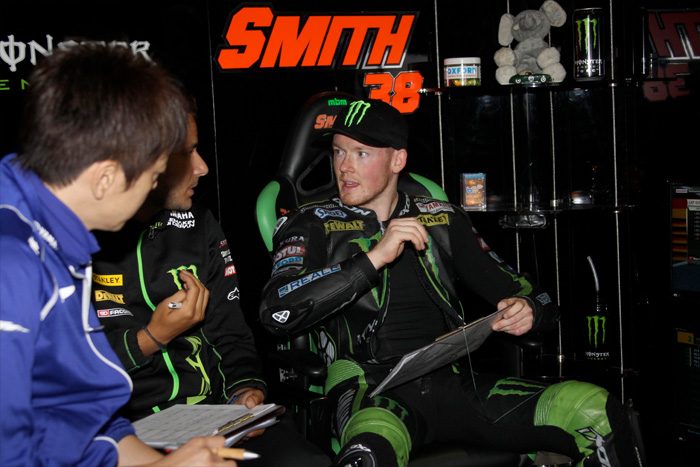 The British Grand Prix challenge is up next for the confident Monster Yamaha Tech3 Team pairing of Bradley Smith and Pol Espargaro as they will aim to storm to two notable results aboard their Yamaha YZR-M1 MotoGP bikes.

The 12th round of the season will commence this weekend at the world famous 5.9 kilometre Silverstone track and both riders will be seeking to add strong finishes to their impressive scorings so far this year in the 20 lap race on Sunday.

The renowned circuit is situated in the heart of England and is one of the fastest tracks on the MotoGP calendar, plus it has been the setting for many iconic motorsport battles over the last years.

Bradley Smith will contest his home Grand Prix at Silverstone and he fully intends to rocket to a fantastic result in front of his passionate fans. The 24 year old, who was born a short distance from the track, in Oxford, hopes to increase his confident and inspired run this year, which has seen him superbly finish no lower than 8th in every race in 2015.

This weekend will be one of the highlights of the year for me as I will be riding in front of my fantastic fans at my home Grand Prix at Silverstone." Smith said. "I am hugely excited for the race on Sunday and of course I will be giving nothing less than 110% as I aim to clinch a super result aboard the Yamaha YZR-M1.

"So far this season has been very positive with some really strong finishes and is definitely a testament of how hard and closely the team and I have been working. Therefore, I will be pushing again this weekend as I intend to be fighting in the top six or maybe even higher on Sunday.

"My best result at Silverstone was 2nd in the wet race in the Moto2 class during the 2011 season after qualifying in 28th. Of course, this is a very happy memory, but it motivates me more than ever for this weekend.

"We don't know what to expect with the weather, but I am ready and I will do my best to get my fans cheering and their support really spurs me on, so I hope to hear them all around the track!"

Meanwhile, Pol Espargaro has firmly set his sights on a top six position as he aims to continue his climb up the championship standings. The Spaniard holds fond memories of the Northamptonshire track having won the 2012 Moto2 race and he is fully optimistic of adding another solid performance to his Silverstone collection.

"Next up for us is the British Grand Prix which is an event that I thoroughly enjoy and I can't wait to get out on track and do my best again." Espargaro commented. "Overall, the result in the Czech republic was positive as I completed the race in 8th, yet it is not where I want to be finishing as I know our potential is much higher than this position.

"We struggled a bit all weekend at Brno, but we have done our homework and we are sure that we can hit the ground running at Silverstone. I have some good memories of the British track, such as winning in 2012 in the Moto2 and also scoring a 2nd place finish in 2010 in the 125 class.

"Silverstone is fast, there's no doubt about that and we will be hoping to take advantage of the rapid corners, which should suit the Yamaha's nature. Therefore, I feel confident and I know the team will do a great job which will allow me to battle with my teammate for a top result at this race."