Smets signs with Suzuki for 2004 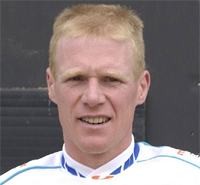 The Belgian-based squad earlier today announced the end of their association with Mickael Pichon and have now captured the expertise of the 2003 650 title winner Smets with a two-year contract to steer the team and factory into a new era of four-stroke racing.

34-year-old Smets, who has claimed four 500cc World Championships on four-stroke machinery and holds the record number of GP victories in the old class, resides less than 30 minutes from the team's workshop in Lommel and is seen to provide an ideal combination of experience, professionalism, and determination to facilitate Suzuki's introduction of the 450 on the GP scene.

"In some respects, the decision not to renew the second year of Mickael's contract was a hard choice, naturally because of the record we have enjoyed in the last few years,"