Smets out for the remainder of 2004 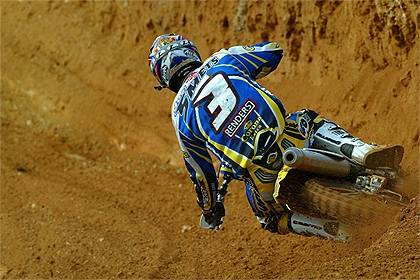 The 35 year old Belgian, who was recruited this season to help develop the prototype RM-Z450, has decided to go ahead with the reconstruction on his knee joint after experiencing prolonged pain after the British Grand Prix last Sunday (May-30). 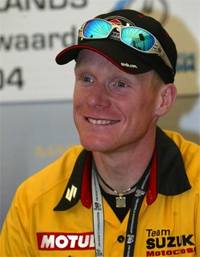 Aside from the repercussions of the torn anterior ligament that he sustained at Mantova in a February pre-season race, Smets has missed valuable testing time on the new RM-Z450. He has also missed personal riding time between GPs due to the post-race effects of the injury, such as swelling and fluid build-up.

The five times world champion still managed to score the first podium for Suzuki's new four-stroke at Valkenswaard, Holland at round four, but has struggled since as the injury continues to hinder his efforts.

"This is obviously a blow, but we knew it would be coming at some point," said Team Manager Jens Johansson. "After the accident, Joel realised that he had a 50-50 chance of being able to ride at the top level, and all credit to him because he worked so hard to put himself up there".

"It was going quite well for a while. He was building up more confidence but I think his progression peaked at Valkenswaard. His training was OK and his riding was good, but he was taking a lot of fluid on the knee after the races and this wasn't great in the long-term".

"Surgery was always around the corner and after last Sunday he was in quite a lot of pain and suffering cramps. He spoke with his doctor and the decision was made to go ahead with the operation". "Personally I think it is a wise decision. This way he will be ready for the winter and to start working fresh for next year". "At the moment we have no plans to replace Joel. If we do hire another rider then it won't be for the next 3 or 4 GPs at least, and we have a new bike coming in the summer break."