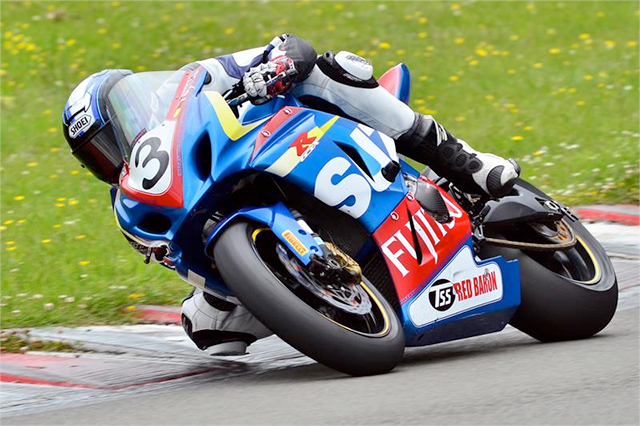 Sloan Frost and his GSX-R1000 dominated the opening round of the 2016 New Zealand Superbike Championship at Mike Pero Motorsport Park in Christchurch at the weekend, winning all three races as Suzuki riders filled the podium.

Fresh from winning the Formula One class in the three-round pre-national Suzuki Series, the MC2 Racing Fujitsu TSS Red Baron Suzuki rider managed to kick on from that career breakthrough performance to dominate racing in the premier class in the first of four rounds at Ruapuna, that is also recognised as the race to decide the New Zealand Grand Prix title.

Said 34-year-old Frost: ‰ÛÏI've never taken a win at Ruapuna before, so just coming here and getting such a solid result is great. Then, to win the GP race and earn a major title is great too.

"The bike has been hooking-up well. I nearly ran over a lapped rider at one stage, but it all worked out in the end. I knew the riders behind me were battling hard and I figured that would slow them down too, so perhaps that helped me.‰Û