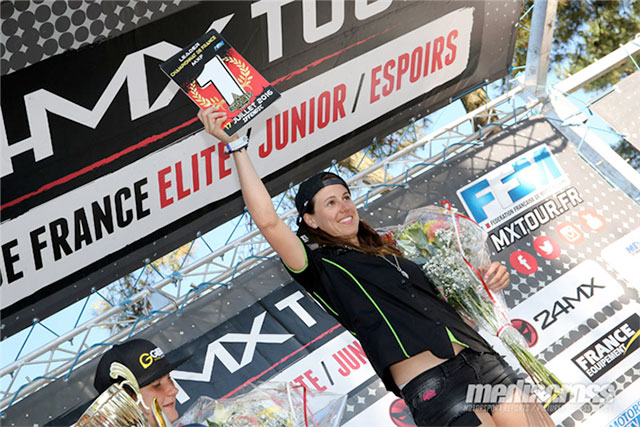 Once more Livia Lancelot had a perfect weekend in Iffendic, home of the penultimate round of the French women championship.

Winner of both races Lancelot collected her sixth national title, and remains unbeaten in France since 2014 as she won all the rounds that she entered during the past three seasons!

Racing alongside the French Elite series in Iffendic, the Women never raced this season in France with so much public and among so many top riders. As usual Livia was the fastest in the timed practice period, and then she got two perfect starts with two holeshot.

It was an easy double win, with the fastest lap time in both races, and with this double win Livia secured the French title before the final round. She can now fully focused on the last two round of the Women World Championship, Switzerland on August 7th and Netherlands on August 28th. 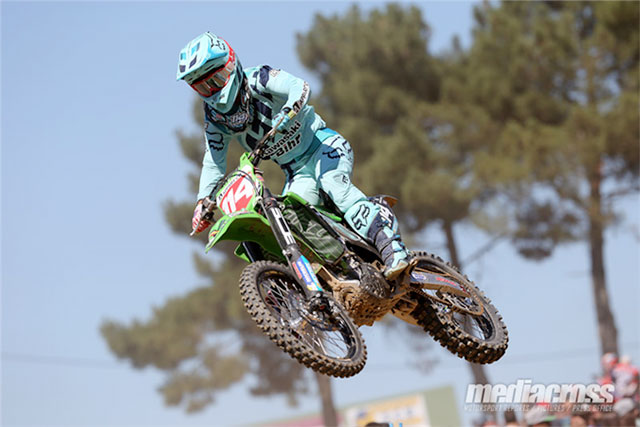 Sixth French title for Livia Lancelot
"Another title for me, for sure my goal this season is the World title but it was great to get this French one now, so I can go to the last GP‰Ûªs in better conditions," Lancelot shared.

"In the first heat I had no troubles, then in the second one I start to think too much to the title and it was a good training as I had to focus immediately on my riding as I didn‰Ûªt want to make any mistake on the track. This title is of course very nice for me but also to all our partners who are behind us. Now I‰Ûªm fully focused on the GP of Switzerland, as my goal is to score as many points as possible to increase the gap in the series with my rivals before the last GP in the Netherlands. After Mantova I had to take some holidays as my knee was swollen; now I feel much better and I can train normally, that‰Ûªs the most important.‰Û