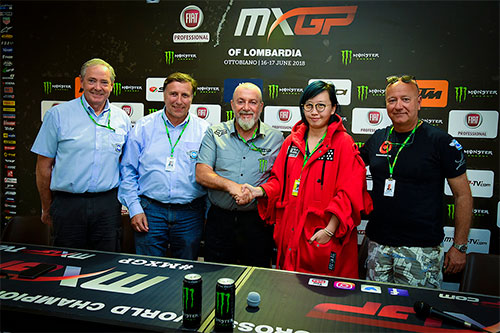 Youthstream, Promoters of the FIM Motocross World Championship (MXGP), announced overnight that the championship will have a round in Singapore for the next three years, beginning in 2019.

The event that will be in the MXGP Calendar for 3 years starting from 2019 was announced as one of the twenty rounds planned for the 2019 season and will be scheduled together with the 2019 MXGP of China in Shanghai.

Known as a strong economic, trade, and financial center in the world‰Ûªs largest motorcycle market, Hong Kong is a great location to add to the list of spectacular venues of the FIM Motocross World Championship. The collaborative effort made by Youthstream, the FIM, and the organizer insure that the new round will be among the top events in the 2019 calendar.

‰ÛÏMXGP is growing in many aspects, racing is amazing, facilities and paddock are more and more outstanding and the interest from national organizers is increasing year by year showing the rise of our Championship all over the world," Giuseppe Luongo said.