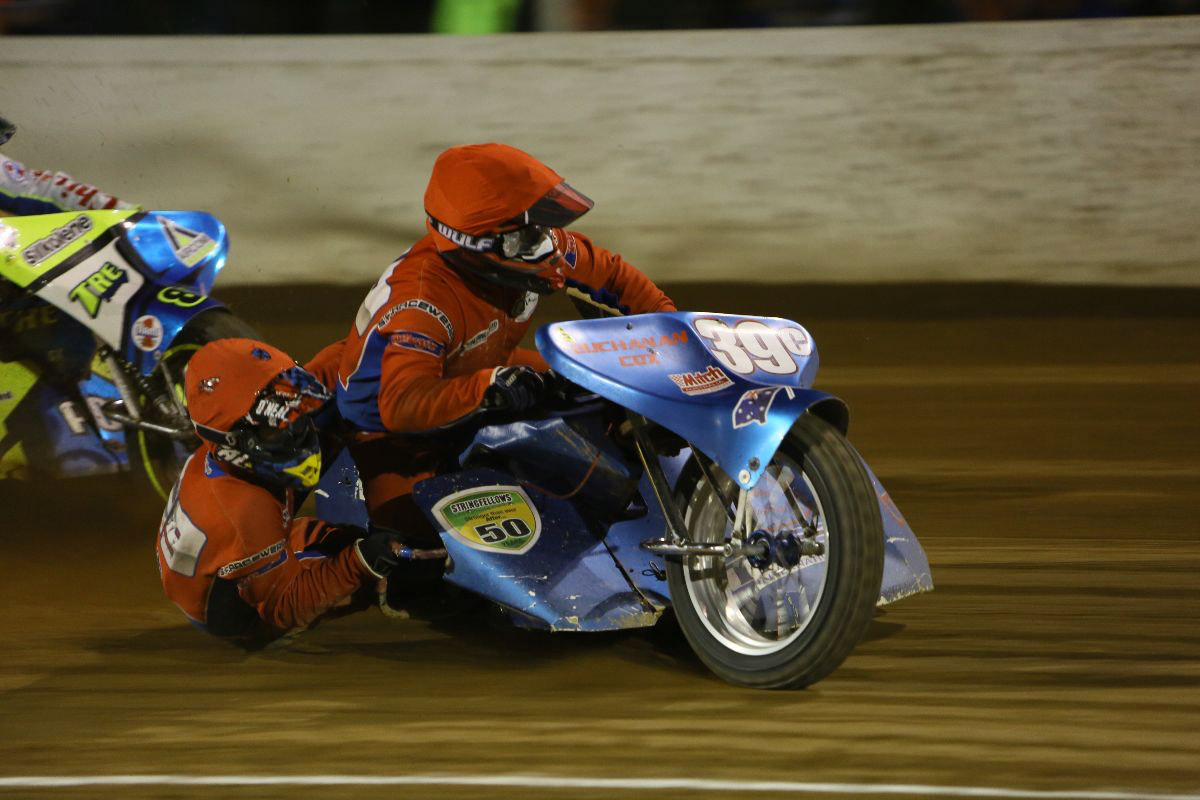 Time is running out to get your travel plans in order for the 2019 FIM Oceania Speedway Sidecar Championship!

To be held at Gillman Speedway Stadium, South Australia on Saturday 30th March from 7:30PM, 2019 marks the fifth consecutive year that Gillman Speedway have hosted the world class event, which draws competitors from across the globe.

The combination of unsurpassed Speedway Sidecar competition and a stadium that allows spectators to see, hear, feel and smell all the action up-close and personal, makes March 30 one to pencil into your diary!

With less than two weeks until the Championships kicks off, check out of the entry list below which includes competitors from U.S.A, New Zealand and France! All Australian riders are selected based on their success in Australian titles in 2018, and our rivals from New Zealand, France and U.S.A are all selected by their respective federating body of motorcycle sport.

Travelling across the Tasman Sea is Andrew Buchanan with his Australian passenger, Denny Cox. Buchanan sat down with Motorcycling Australia to discuss his preparation in the lead up to the event, highlighting that ‰ÛÏWe‰Ûªre not too confident heading into the 2019 FIM Oceania Speedway Sidecar Championship, simply because we haven‰Ûªt had enough practice at Gillman.

‰ÛÏThe track is very challenging so it‰Ûªs best to have as much time on it as possible before an event.

‰ÛÏThat being said, we‰Ûªre excited for the upcoming challenge and can‰Ûªt wait to compete against a collection of world class talent.

‰ÛÏ2019 marks our fourth Championship at Gillman. We‰Ûªve definitely racked up some experience thanks to the past three Championships, which has increased our standard as well as the overall standard of the event,‰Û 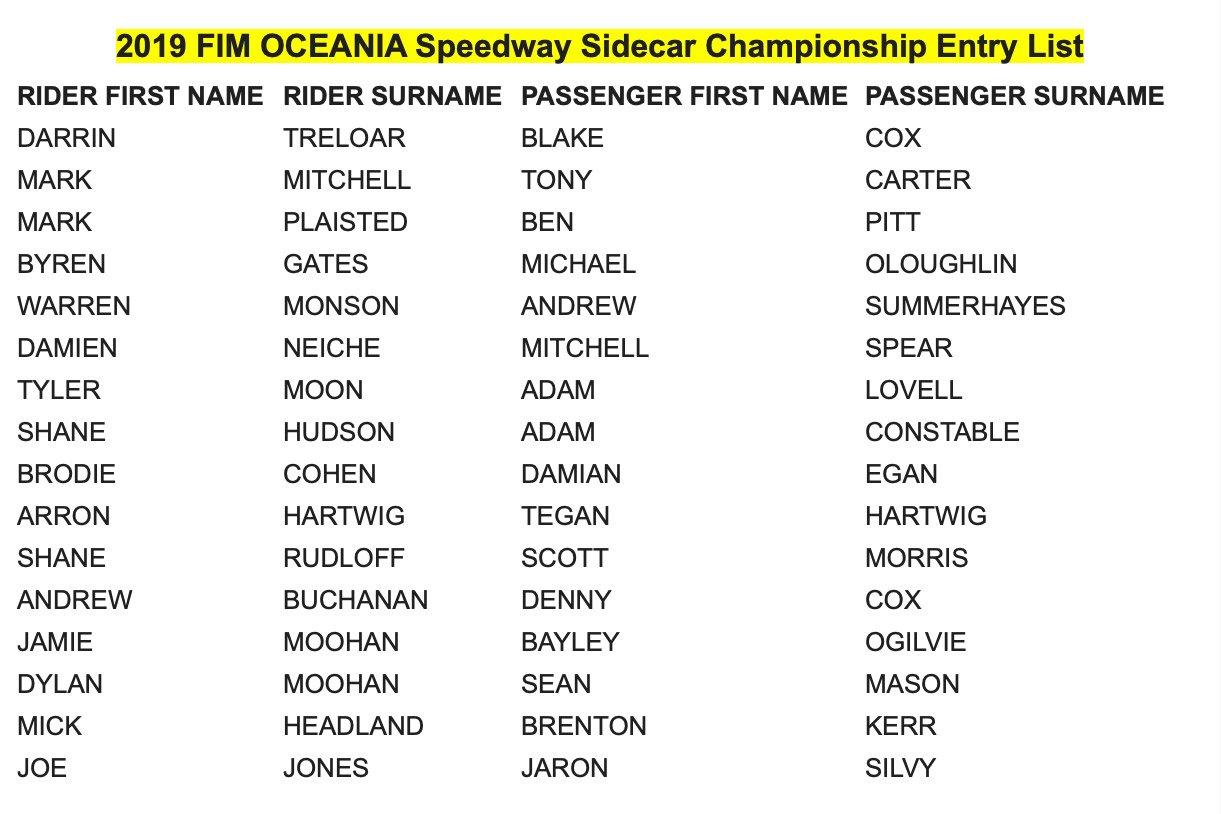