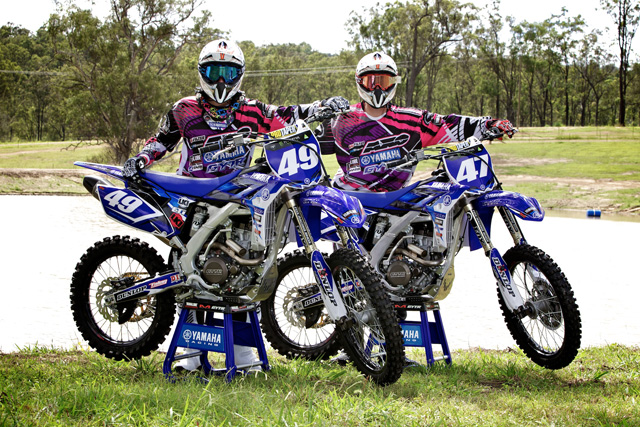 The Yamaha factory supported GYTR under 19s team is excited to kick of the 2012 Monster Energy MX Nationals this coming weekend at Conondale Qld.

With the first round of racing in the team‰Ûªs home state of Queensland, both Shaun Redhead and Sam Martin will be looking to impress and start the season of on a positive note heading into the 9 round series.

Returning to the team for his third straight season, Redhead will be looking to make the most of his final season in the development class before he steps up to the Pro ranks next year. Coming off a bit of break after missing the 2011 Supercross season due to Injury , Redhead is firing on all cylinders and ready to make his mark in 2012.

"I missed a bit of racing last year but as soon as I was able to ride again, I got stuck into my preparations for this year," Redhead said. "Testing and training have been going well and the team has again presented some great bikes."

Redhead finished third in last year‰Ûªs championship behind Errol Willis and his former GYTR team mate, Luke Arbon. With both of these riders moving up to the MX2 class for this season, Redhead will head into 2012 as one of the big favourites to take home the championship and with his excitement for the tracks and longer moto‰Ûªs that lay ahead will be hard to beat in the points race come the final round at Coolum.

"I'm also excited by the tracks we will race on this year. There is a good range of tracks from hard pack to sand and the return of the longer races is cool. It's going to be a great season," stated last years 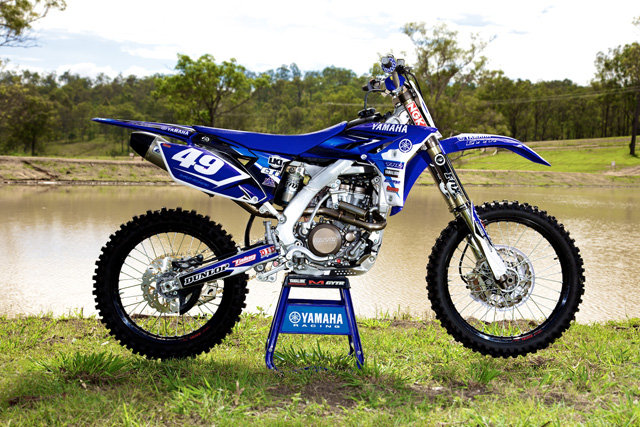 The bike Shaun Redhead will be looking to take to the top step of the podium at Coolum in late August. - Photo Credit: Daniel Mackenzie
A fresh face joins the team in 2012 in the form of Sam Martin who will look to improve on what was a successful 2011 campaign. 2011 saw Martin finish out the season in 8th overall after managing to score moto wins and podium positions along the way.

After a slow start during the SuperX season Martin finished of the series standing on the box at the final two rounds and will use that momentum along with a solid preseason to move forward in 2012. With a new team behind him and a new bike underneath him Martin sees everything pointing in the right direction.

"I am really looking forward to this season. I now know how everything works, I have a great team behind me and our race bikes are awesome. I stepped up my training program and feel fitter than I ever been so everything points to a good year," Martin explained.

Jake Emanuelli was enlisted to the team for 2012 but a serious accident in late 2011 has left the likeable Victorian sidelined for the majority of the season while he recovers from his injuries. Yamaha will still assist Jake as he regains his fitness and he eyes a return to serious competition in 2013.

The Yamaha Under 19 race team will continue to be the stepping stone for Yamaha riders around the country , as they look to progress their racing careers, Yamaha Motor sport manager Ray Howard is looking towards another successful season for the development team.

"The GYTR Yamaha team has been tremendously successful over the past five years and we at Yamaha are very proud of the pathway this team forges for riders," states Yamaha Motorsport Manager, Ray Howard.

"With both Shaun and Sam we have riders who have come through YJR and if they continue to work hard, they will climb the professional ladder quickly. I look forward to following them closely this season." he concluded.