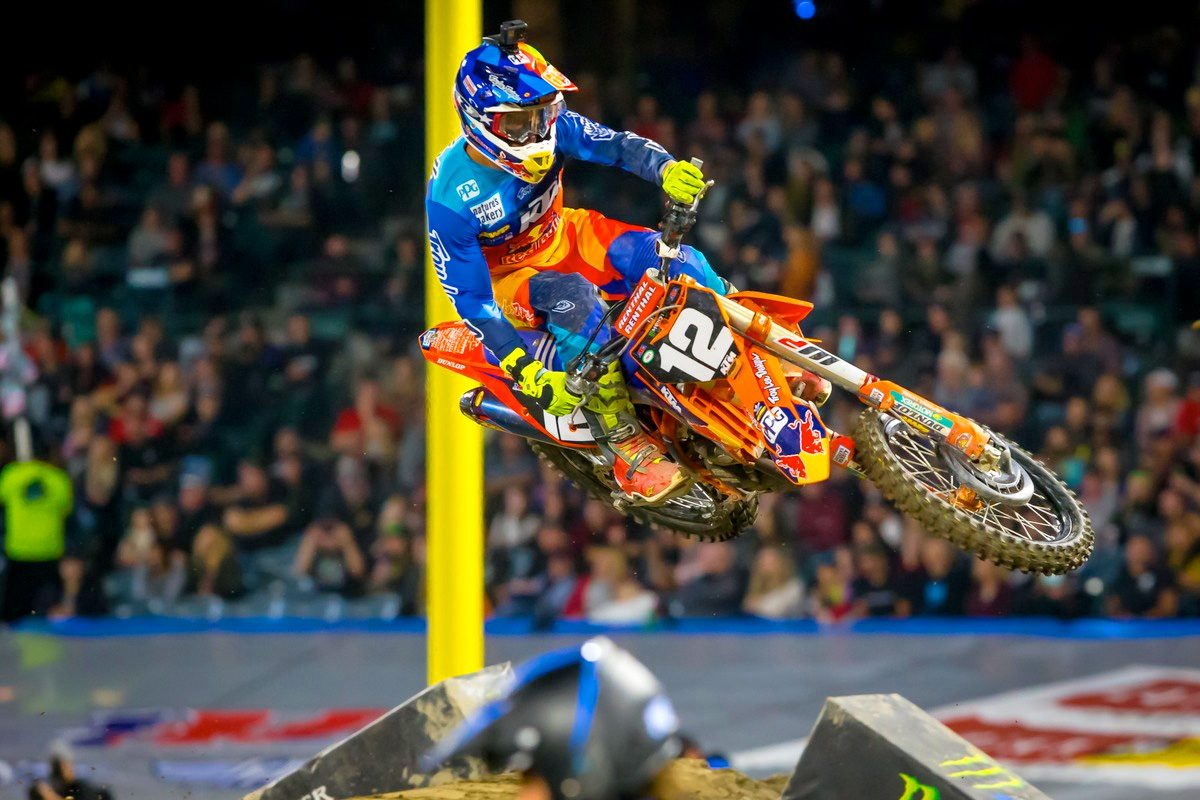 The Troy Lee Designs/Red Bull/KTM Factory Racing rider was satisfied to see his hard work in the off season pay off after he admitted being unable to find his groove and bike setup in a racing situation in the previous two rounds.

McElrath maintained a solid pace throughout the evening, consistently placing his KTM 250 SX-F atop the podium in each of the three Main Events. Beginning with a third-place finish in Main Event 1, McElrath continued to progress with each race and by the final race, McElrath was able to battle his way to victory with a strong finish to the night. 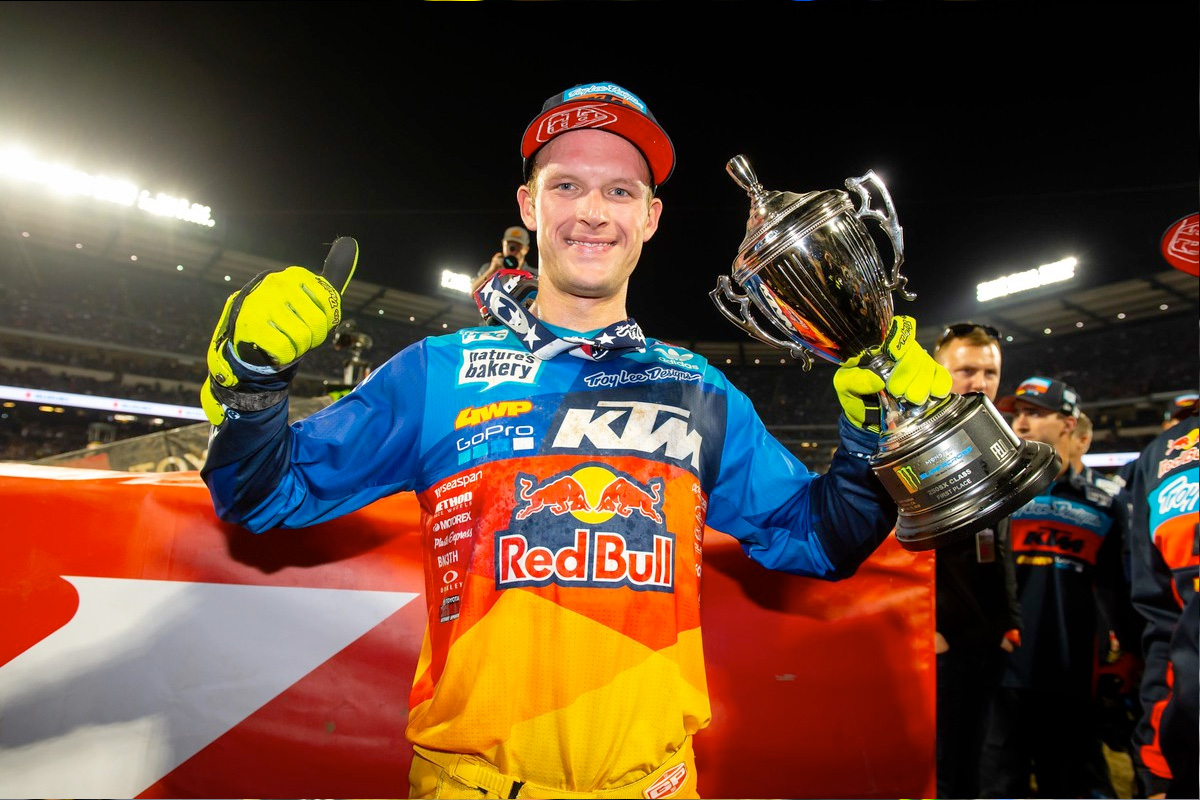 After chasing setup in the opening two rounds McElrath got the job done at the third round of the season. Photo: Simon Cudby
‰ÛÏWe‰Ûªve been learning a lot throughout the season so far," McElrath explained. "I mean, we had a really good off-season but you can‰Ûªt really do bike setup without going to the races and that‰Ûªs my comfort ‰ÛÒ that‰Ûªs really what we‰Ûªve been searching for. The last two weekends have been upsetting because of the way I‰Ûªve been riding but we‰Ûªve just kept pushing ‰ÛÒ perseverance produces hope, so this is good for us.‰Û 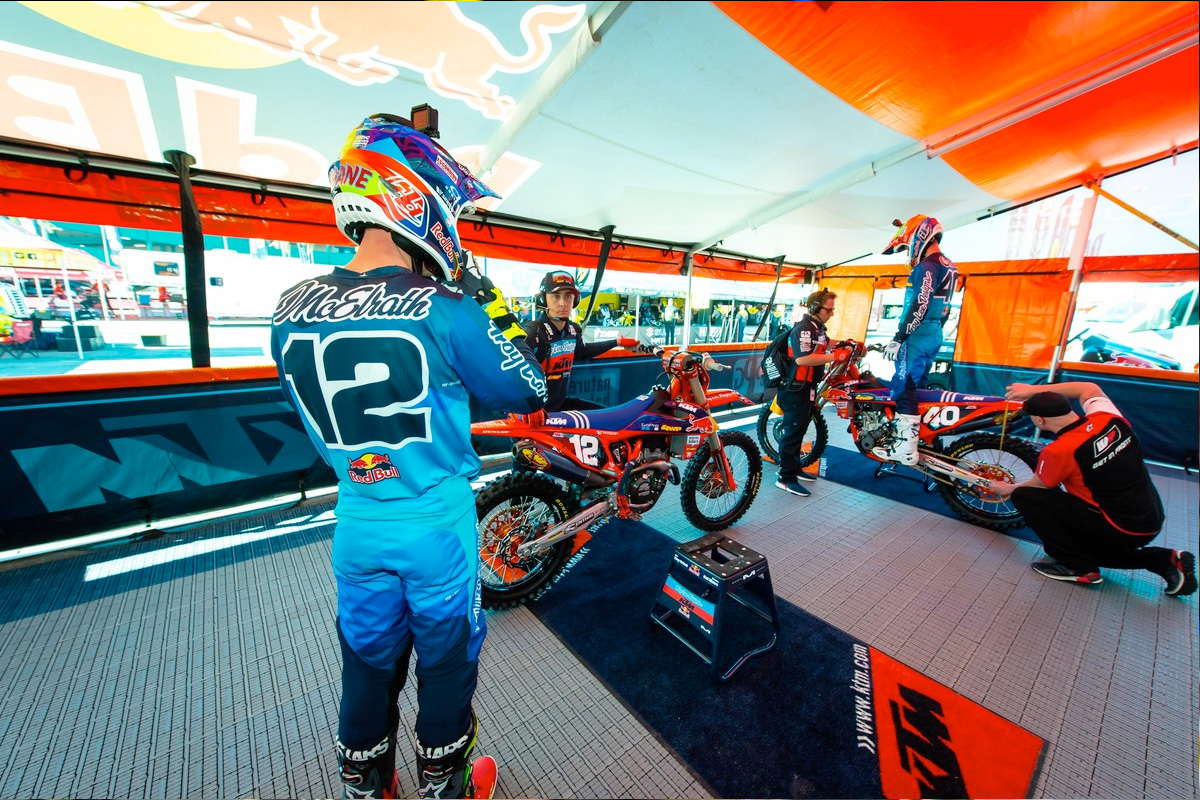 Shane McElrath prepares for action at the third round of the Monster Energy Supercross Championship. Photo: Simon Cudby