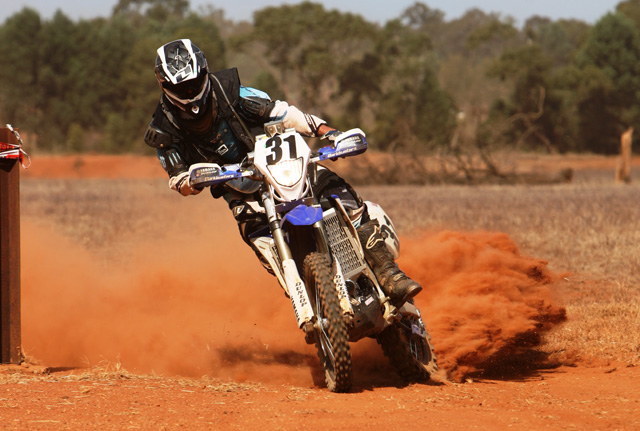 South Australian Shane Diener finished between the Honda paring of Todd Smith and Jake Smith giving him a solid second place finish in the prestigious and long running Condo 750 off road endurance event held over the Easter weekend.

Competitors faced two days in the saddle as they raced their way around the north western New South Wales in tough and challenging conditions. Diener sat in fifth place after competition finished on Day one, some eight minutes behind the leader.

Diener bounced back strongly on day two and took second for the day and as a result barnstormed his way to second outright for the event in the motorcycle division.

"I had a pretty uneventful run really. Day two was tough as the area was so dry and dust was a problem. There wasn't much wind around so it was pretty think in the air and it felt like we raced in a wall of dust." Diener explained

"The new WR handled the conditions well. The bike was pretty much standard apart from basic changes like tanks, exhaust and spring rates to suit adventure racing and it ran flawlessly. Other than fuel, oil and air filters, I just rode it all day and that's exactly what we require in racing like this." he stated

"All up, second was good, so I'm pretty happy with how I went and it was a good hit out for the bike and the team before we hit the major races like Finke or the Australian Safari." the South Aussie concluded.