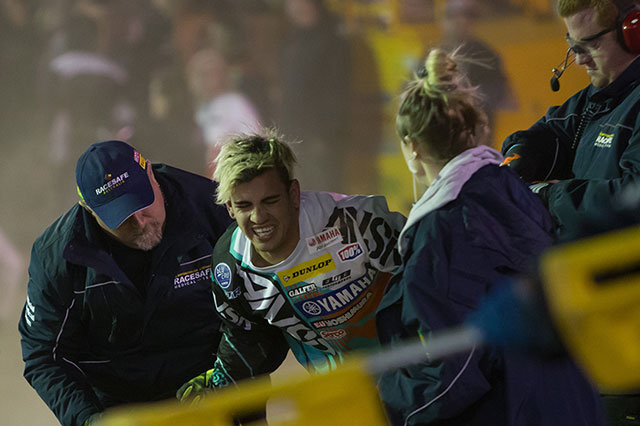 Serco Yamaha's Wade Hunter ended his night in the RaceSafe Medical center after a heavy crash in the opening lap of the SX2 final at the fourth round of the Australian Supercross Championships held at the Avalon Speedway, on Saturday Night.

Hunter was in obvious pain as he laid track side and X-rays have since revealed he has broken three bones in his left foot and will miss the remainder of the championship.

Hunter had been on pace through the day and looking good for a shot at a win after qualifying fifth fastest and then finishing in second place with the fastest lap of his qualifying heat.

‰ÛÏIt‰Ûªs a really disappointing way to end and the incident wasn‰Ûªt my fault," Hunter said. "In the first couple of turns, there were bikes going everywhere and someone jumped across on me and we collided in the air. As soon as I hit the ground I knew something was wrong as the pain was instant.

‰ÛÏI have had fun in the years‰Ûª championship and it‰Ûªs been nice to turn my year around after a terrible motocross season,‰Û 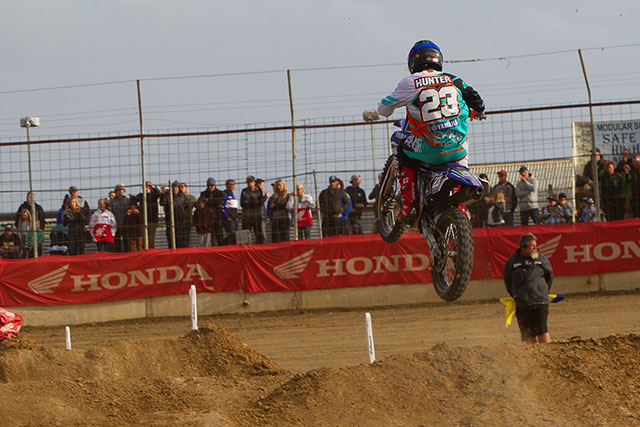 Wade Hunter looked fast and was in with a shot early in the day. Photo: Garry Morrow