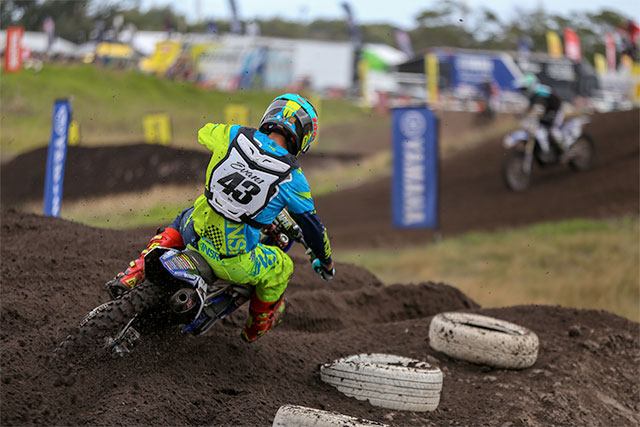 Yamaha‰Ûªs MX2 race team, Serco Yamaha, have positioned themselves well after the opening round of the MX Nationals in Wonthaggi, Victoria, with Mitch Evans landing on the podium in third place directly ahead of team mate Jackson Richardson in fourth.

Evans will claim bragging rights within the team and the family, as they are cousins, until round two as he more than exceeded expectations at his very first MX2 round of the MX Nationals.

The 2016 MXD winner kept a low profile in the lead up to the opening round as he trained back at his north Queensland base. He had clearly done the work as a much slimmer and more defined Evans showed up at round one and was determined to get a reward for his pre-season efforts.

Evans posted 4-4 results in the two motos contested in a consistently fast paced performance. Evans was towards the front in the early stages of both motos and sitting inside the top six. His fitness proved to be a key factor in his result as he was able to pass riders in the later stages of both motos and finish on equal points with his team-mate and cousin but gets the podium position based on a higher finish in the second race.

‰ÛÏI‰Ûªm extremely happy to get on the podium at my first round of MX2,‰Û 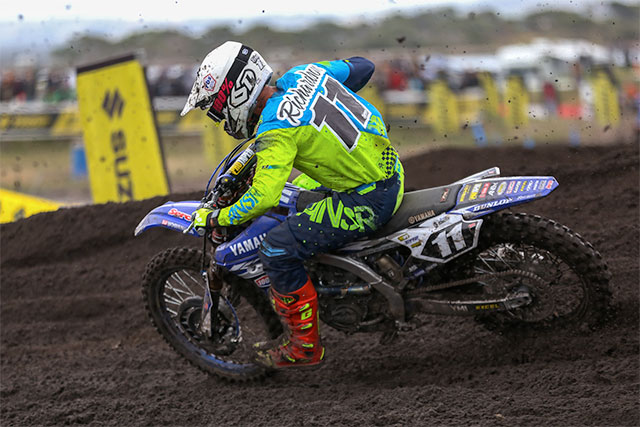 Jackson Richardson showed he will be a major contender for the 2017 MX2 championship. Credit: MXN Images
Jackson Richardson blasted to the lead in the opening moto and together with fellow Yamaha rider, Wilson Todd, the duo gapped the rest of the field. Richardson resisted challenge after challenge from Todd but finally relented the lead position just past the halfway stage. Richardson stayed close to Todd but was unable to regain the lead and had to settle for second place.

Race two and Richardson fell on the opening lap after trying to force a pass into second position. As the majority of the field raced by, Richardson remounted and set off in pursuit of the pack trying to salvage as many points as possible in the 20 minute race.

He clawed his way to a respectable seventh place finish and wound up in fourth place for the round.

‰ÛÏI probably tried to rush that pass on the opening lap of race two,‰Û