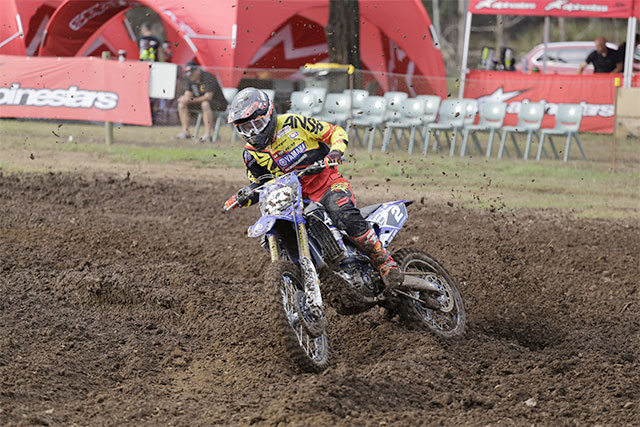 Serco Yamaha teamsters Wilson Todd and Wade Hunter again showed plenty of speed but weren‰Ûªt able to translate that into top shelf results at round two of the MX Nationals at Appin over the weekend.

Both riders proved they have what it takes to run at the front of the MX2 field at the MX Nationals, with Todd already claiming a race win at round one, but Appin saw both riders dealt some tough luck and fall short of the results they were looking for.

Wilson Todd posted the fastest lap in qualifying taking pole position in the ultra-competitive class. Todd, who won at Appin last year in the MXD category, launched from the gates in moto one and went straight to the front. He put his head down and busted out some blistering speed to stretch his lead to nearly five seconds but just before the halfway mark, his forearms started to blow up and Todd, struggling to hang onto his machine, went into survival mode.

With arm pump crippling his speed, Todd dropped back down the field but clung onto a respectable fifth place finish by moto‰Ûªs end.

Race two and Todd found himself on the ground in turn one. He picked himself up and started his pursuit of the 40 rider field knowing that he only had 20 minutes to limit the damage. He sliced through as many riders as possible and eventually ended up in 13th place.

His 5-13 scores saw him finish the round in ninth place and he now holds down seventh in the championship after two rounds.

‰ÛÏIt was a frustrating day today as I had the speed and fitness to win but I couldn‰Ûªt get it done,‰Û 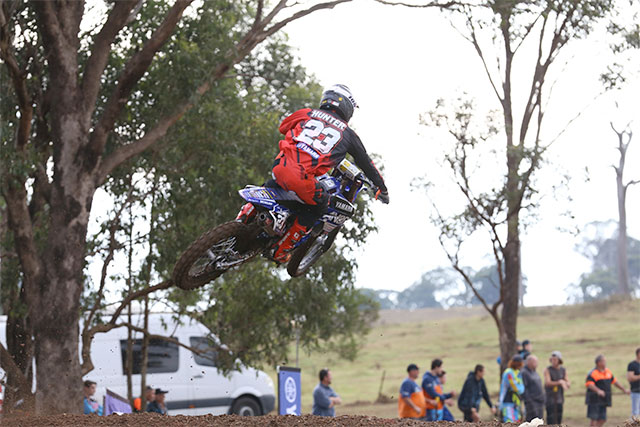 Wade Hunter floats
Wade Hunter had a consistent day at Appin taking 7-8 results to finish up sixth for the round in a solid day at the office. Like Todd, Hunter proved to be fast on the track but couldn‰Ûªt buy a start on the weekend and meant he was always fighting from the back.

Hunter has climbed into the top 10 after a disappointing opening round and now sits in ninth place.

‰ÛÏStarts are so important at this track as track position is vital for a good result. With a lot of tight turns and off cambers, passing can be difficult so being near the front at the beginning of the race makes life so much easier.

‰ÛÏMy bike and my fitness are good and I know I have the speed to race with anyone but I just can‰Ûªt give my rivals a head start like I did at Appin and expect to run them down.

‰ÛÏI will work on starts for the next couple of weeks and hopefully turn them into a strength by the time we get to Broadford,‰Û