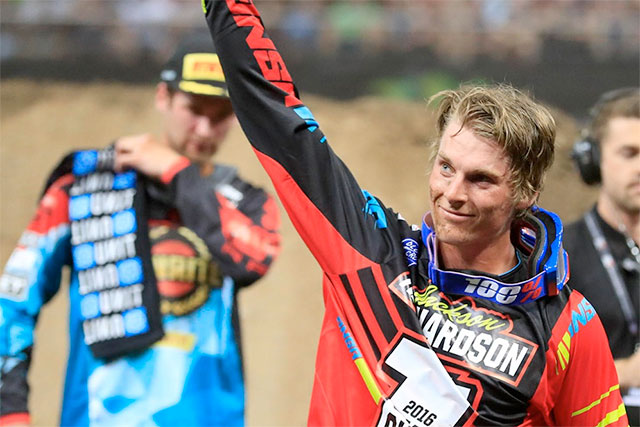 Serco Yamaha are keeping it all in the family for 2017 with the signing of cousins, Jackson Richardson and Mitch Evans, to represent their race team for the coming season.

The North Queensland duo will spearhead the Serco Yamaha charge in 2017 on board the potent YZ250F and compete in the MX Nationals and Australian Supercross Championships as well as other selected events.

Both come to the team with championship pedigree, with Richardson the current Australian SX2 Champion, while Evans is the reigning MXD MX Nationals champion and both are out for continued success in 2017.

After five years of racing in the US, Jackson Richardson has made his commitment to racing back in Australia following his success during the 2016 Australian Supercross Championship. Richardson took up a last minute option to race the series with Serco Yamaha and instantly found his groove on the Yamaha YZ250F.

He enjoyed his time with the team and along with the success he achieved swayed his decision to stay in Australia and now he wants to add more championships to his tally in season 2017.

‰ÛÏI needed a change in my racing and Serco Yamaha gave me that and now I‰Ûªm excited to stay in Australia and race for them,‰Û 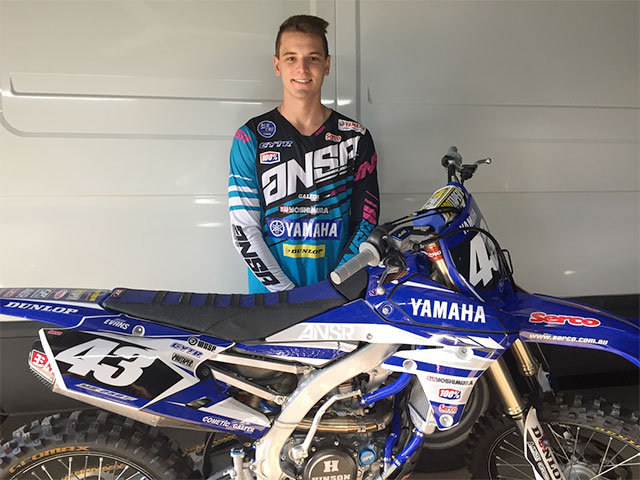 Mitch Evans
Joining him will be his cousin and current Australian Under 19 champion, Mitch Evans. Evans has stepped up to the MX2 class after winning all before him in the MXD and SXD divisions and without the burden of a heavy school load, is set to make his presence felt in the MX2 division.

‰ÛÏMoving up to MX2 and the Serco Yamaha team is the next step in my career and one that I‰Ûªm ready for. Last year was tough to balance with my grade 12 studies taking up so much time but this year I have deferred my Uni for 12 months to give all my energies to racing.

‰ÛÏBeing able to ride and train full time will be a huge benefit to me and also have Jackson to work with will be awesome as we both get along well and can work together to get faster.

‰ÛÏI understand that the MX2 race is going to be much tougher than MXD but I look forward to the challenge of race faster guys and believe that I can compete well against all of them,‰Û