In 1998, Serco Motorsports entered the motocross fraternity. With the introduction of the YZ400F and Serco‰Ûªs history in motorsports dominated by four strokes, namely speedway and drag racing, Serco‰Ûªs progression to motocross was a natural one and now 22 years later it‰Ûªs still going as strong as ever.

In those days, Serco Motorsport purchased Yamaha‰Ûªs and fielded a team as way to promote its own products. As an importer and distributor of several four stroke products, Serco Motorsport were in on the ground floor as the four-stroke boom as it grew around the world.

Then in 2001, Yamaha Motor Australia entered into a relationship with Serco that is still going strong 20 years later. What started out as a bikes and parts deal in 2001, soon morphed into Serco taking the reins for Yamaha in the Lites class, as it was known then, for the 2004 season. 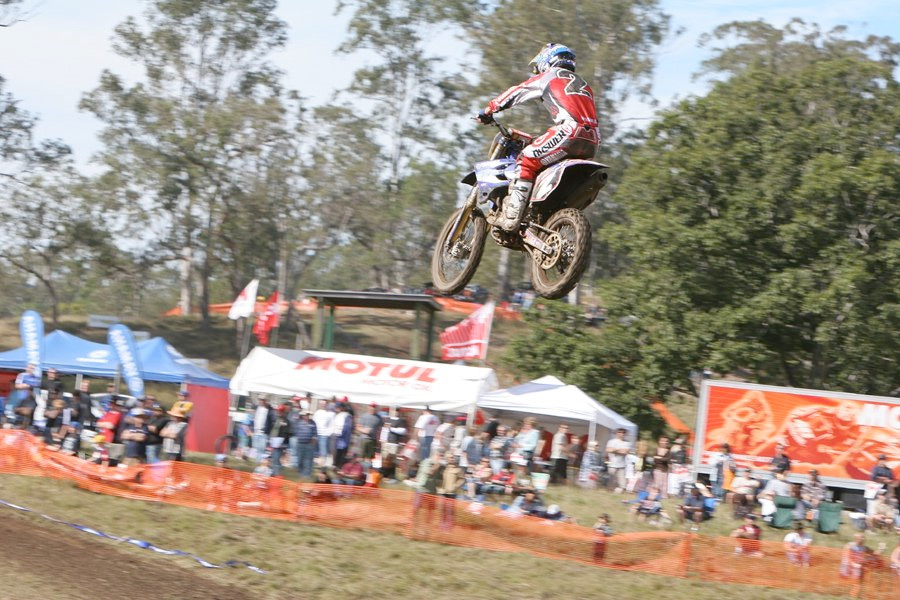 CDR Yamaha become the official 450 or MX1 team and Yamaha Australia paved the way for what is now the industry standard with race teams focusing on the one sized bike and class. So, 2020 marks the 20th year Serco Yamaha and Yamaha Motor Australia have worked together and with plenty of championships to show.

Entering the front door of Serco (which stands for Stationary Engine Repair Company) in Capalaba in Queensland, you are met with a range of championship bikes. Six YZ250F‰Ûªs are lined against the far wall, from championships won by Cameron Taylor, Jake Moss, Luke Styke, Luke Clout, Jackson Richardson and Wilson Todd while there is a drag bike against the window and a speedway bike that seems to be in a different position every time I walk in the door.

At the helm of Serco, both the business and the race team, is Gavin Eales. Eales has been a long time motorsport enthusiast and the drag bike in the window is one the Eales raced himself. Eales continues to invest his company‰Ûªs money into racing and now at 22 years in the business is the second longest running team in the MX paddock, just a handful of years behind Yamaha stable mate, CDR Yamaha. 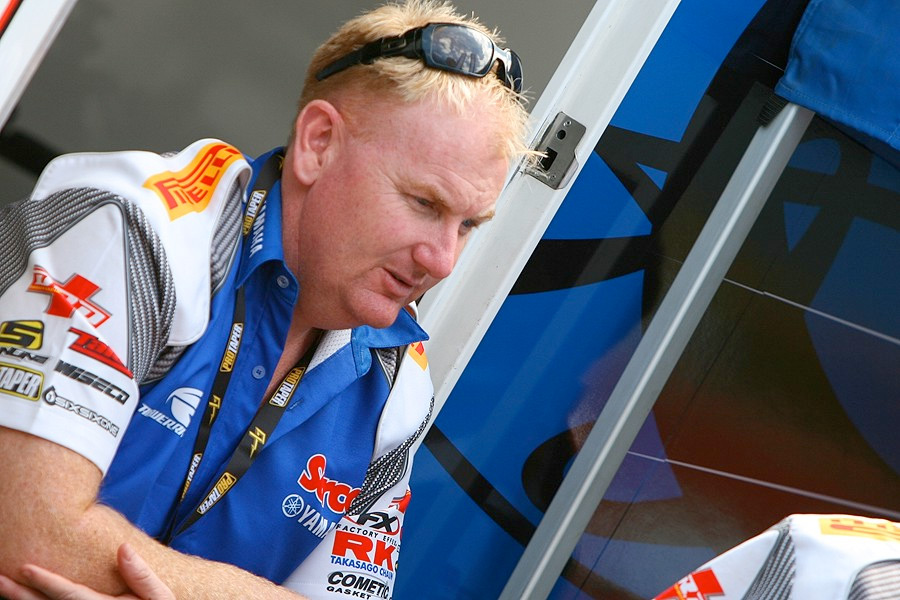 Gavin, can you recall the first MX race you did as a team and who were the riders?

Gavin: When four strokes first came onto the market in a big way, we were actively involved in the Thumper Nats series at the time. Our first rider we had was Mark Avard, who we supported but it is nothing like the amount of support we see riders with today.

How did the deal come about for you to become an official YMA supported team?

Gavin: After a few seasons of doing our thing, YMA‰Ûªs Managing Director at the time, Steven Cotterill, approached us about increasing our involvement in Yamaha Racing. Initially we were a team that competed in a range of classes, like CDR Yamaha did, but as the relationship developed, YMA‰Ûªs direction was for us to focus on the 250cc or Lites class as it was called at the time, while CDR were the dedicated open or 450 team.

It allowed each team to concentrate on developing just the one bike and focus on the one championship. It was a decision and direction that the rest of the world has followed. 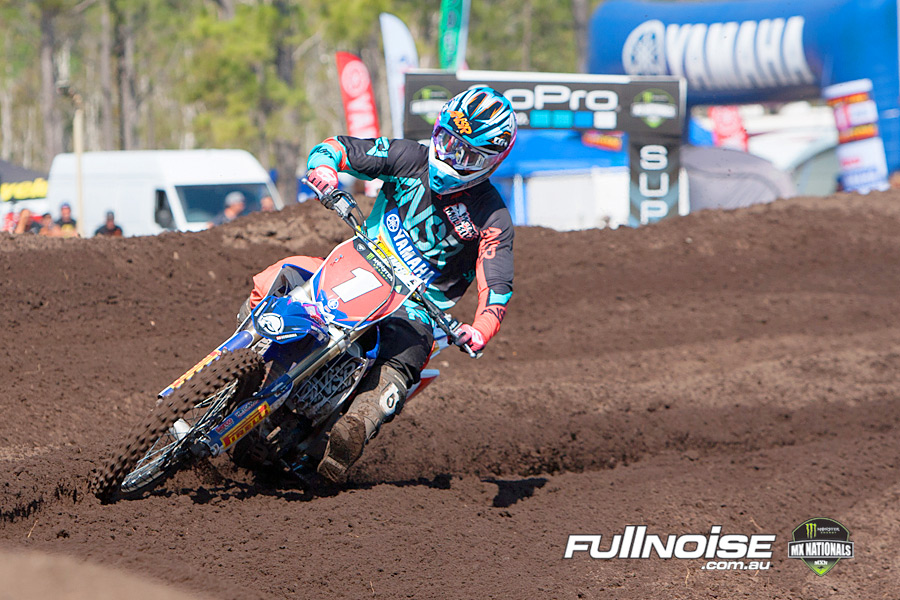 20 years is also a long and successful business relationship with Yamaha Motor Australia, what makes it work?

Gavin: The combination of both companies being racing focussed and also a determination to win as well as long term sustainability for both parties. YMA and Serco have been in racing for the long haul and the commitment we have to each other and racing has been strong. We see a lot of teams come and go but look at Yamaha‰Ûªs consistency in racing, each team has been around for some time and built up a good knowledge and infrastructure base that can‰Ûªt be replicated in just one or two seasons.

In 20 years of racing, you must have seen plenty of highs and lows. What is one of the standout memories you have in racing MX and SX?

Gavin: Without doubt, the 2019 Brisbane SX round where the team finished 1-2. It had been a trying lead up for everyone in the team, from Jacob being hurt before he came, the mechanics wide open building bikes and I wasn‰Ûªt well myself so to go out there that night and get a result like that felt like we had just won the championship.

You have also seen plenty of change in the sport in that time? What has been some of the things that have changed or had an impact on racing?

Gavin: Nothing has ever affected us like Covid-19 is at the moment. It has bought the world to almost a standstill and something like this has never been experienced before. I‰Ûªm confident we will all come out the other side of it, but it will take some time to recover. 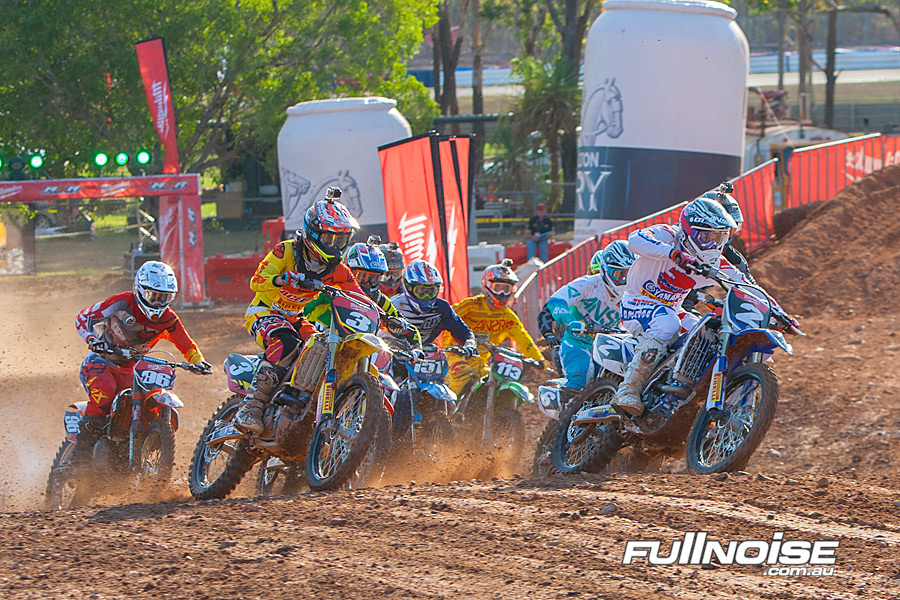 Let‰Ûªs talk about the bikes. The 2001 YZ250F made about 29 HP and weighed over 110kgs. The 2020 model makes over 41HP and weighs around 106kg and now includes EFI and electric start. Things certainly have changed?

Gavin: Yamaha has done an amazing job with the YZ250F. It has been the dominant bike over recent years, and it seems to just get better year on year. The amount of power it produces now in standard form was something race teams chased for years. I recall when we first got through the 40HP barrier and that was exciting for our guys at the time, this bike starts above that now and only gets better.

Is there a model or a year bike that stands out to you and the team?

Gavin: Probably two bikes for me. The first was the success we had with the 2012-2013 models when they were still carburetted when the other bikes were FI and now the 2019 model.

The 2012-2013 model was viewed as outdated, slow and the worst bike in the field, yet we were able to win several championships on the bike and what we didn‰Ûªt win, we were close to. The 2019 is just a great bike. It has power, it handles, and it just works. 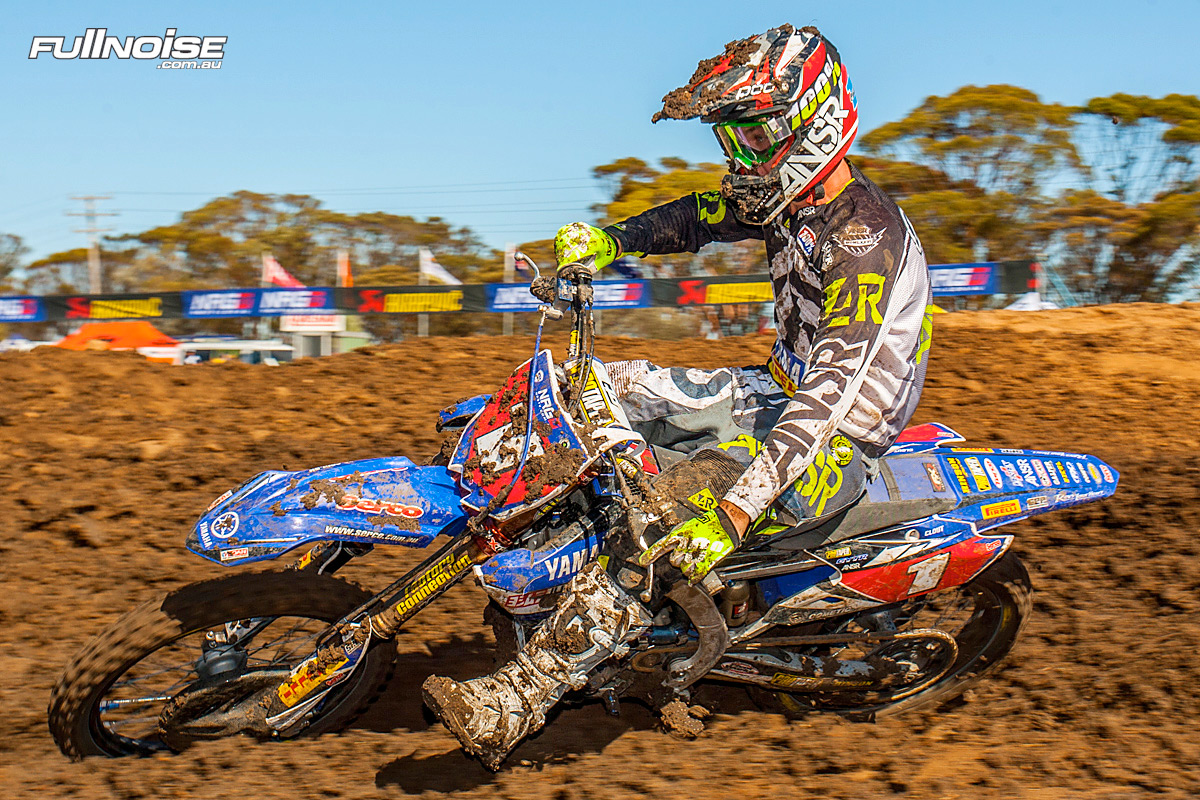 Does racing have an effect on the day to day business of Serco?

Gavin: Racing is a huge part of our marketing. Some companies chose to advertise, some go hard on social media, Serco races. A lot of our products are designed and built for racing, so it makes sense to race what we sell and promote via our race team.

Was there a rider you wished you got but never got to work with?

Gavin: No, not really. When you look at the list of riders we have had on our books over the years, it‰Ûªs a pretty impressive line-up of riders. Apart from the riders that went overseas very early in their careers, I think most riders have been part of Serco at some stage.

What do you look for in a rider when selecting on who represents Serco Yamaha?

Gavin: Talent, determination and work ethic. You need all those things to succeed. Not just one or two, all of them. If a rider doesn‰Ûªt have all three of those, then his career will never reach its full potential regardless of who he races for and on what bike. 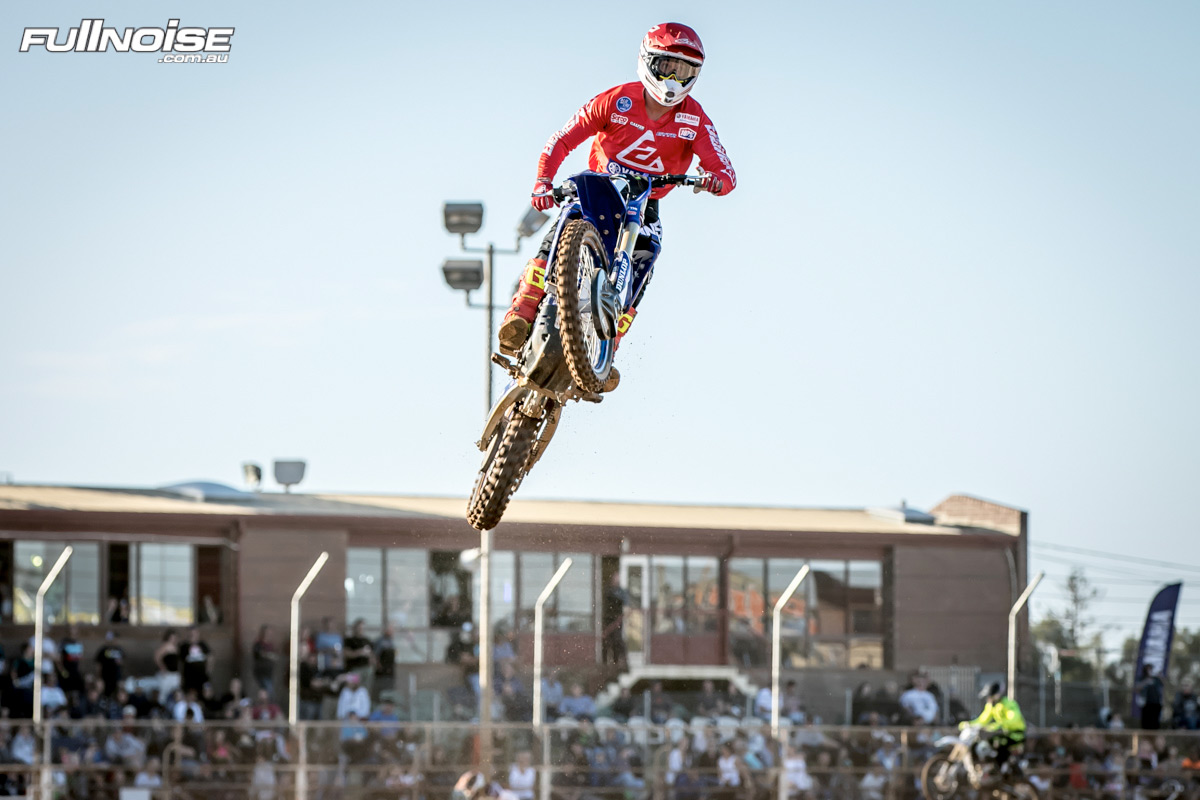 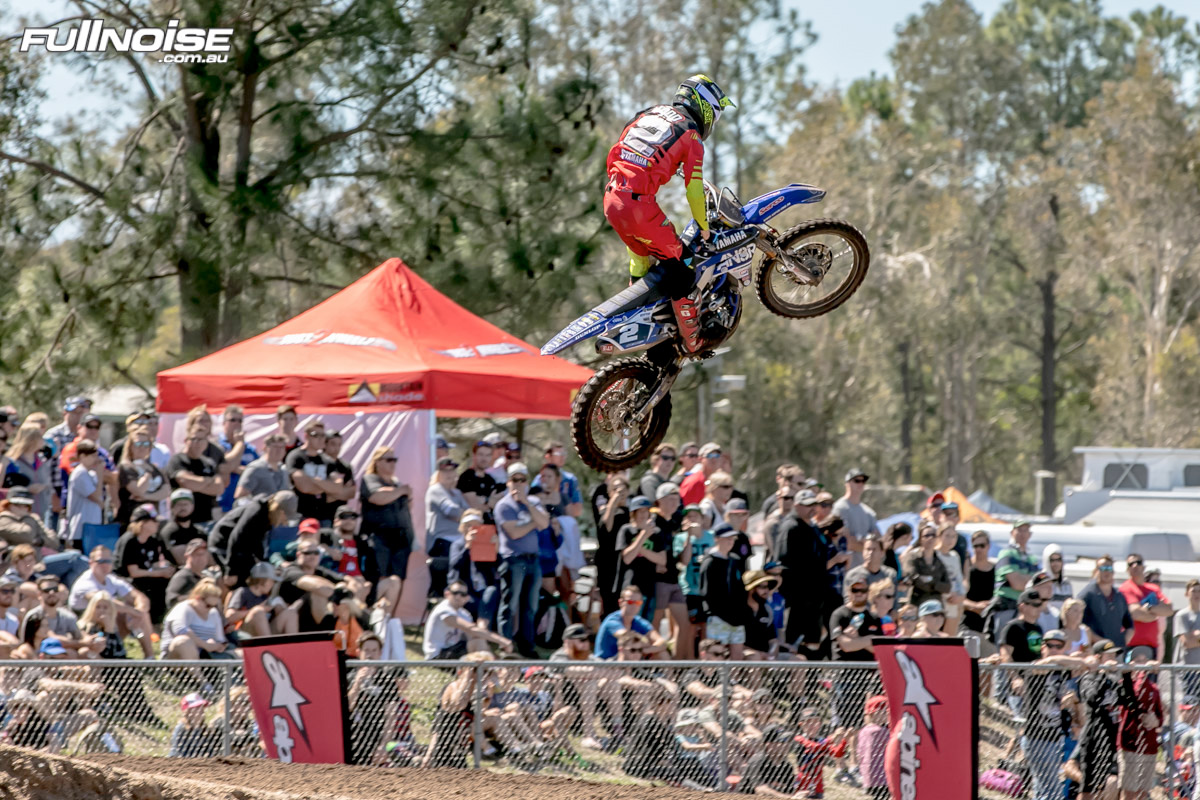