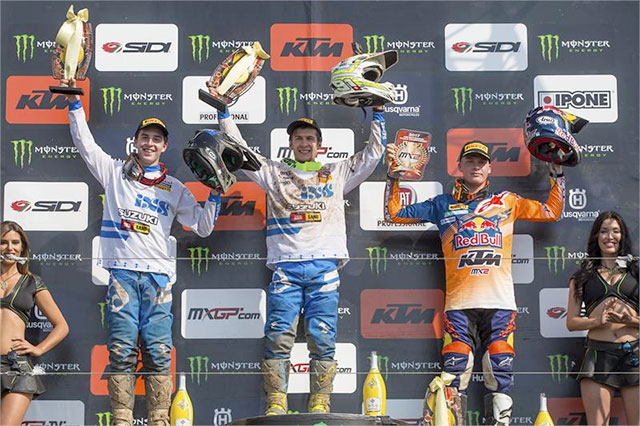 Jeremy Seewer and Hunter Lawrence finished first and second at the MXGP of Germany to round-off a dream weekend for the Suzuki World MX2 team.

For Seewer it was his second overall of his career, and one made even sweeter by doing it in front of a lot of his fans, as well as a large contingent of Suzuki Germany, including President Tomoyo Sekiguchi.

It was also a great achievement for Hunter Lawrence to join his team mate on the podium at round eight of the series, as he took a massive stride forward in his fledgling MX2 career. The young Australian moved forward through the field in both motos and was delighted to land his first ever podium spot. 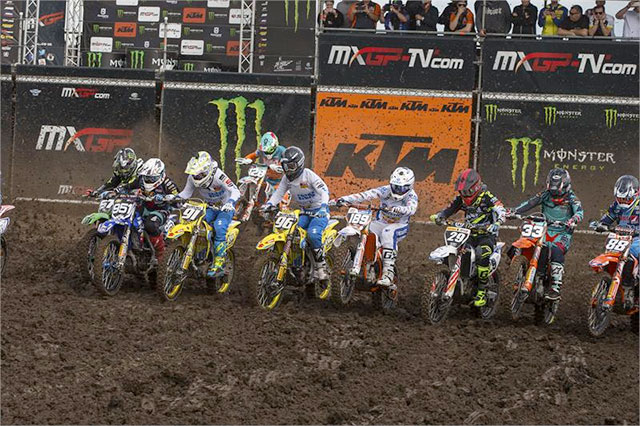 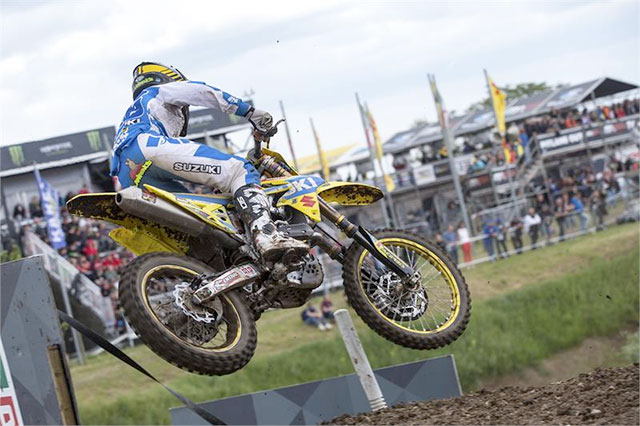 Hunter Lawrence
Hunter Lawrence was equally delighted with his performance, at a track that he really enjoys riding. ‰ÛÏIt‰Ûªs such an awesome feeling to go one and two for Suzuki and a great way to round off the weekend. In the first moto I was fourth and then second moto I was third so my best moto finishes
and of course my first podium. I‰Ûªm so happy and I can‰Ûªt wait to ride next weekend now. We finally put all the pieces of the puzzle together and it‰Ûªs just a nice refresher for everyone in the Suzuki World team who all work so hard. When I crossed the line I had no idea what the points situation was and I was actually a little disappointed because I felt I could have even finished higher, but when Jeremy crossed the line and Harry Everts came up to us and told us, it was really cool, a really special moment.‰Û 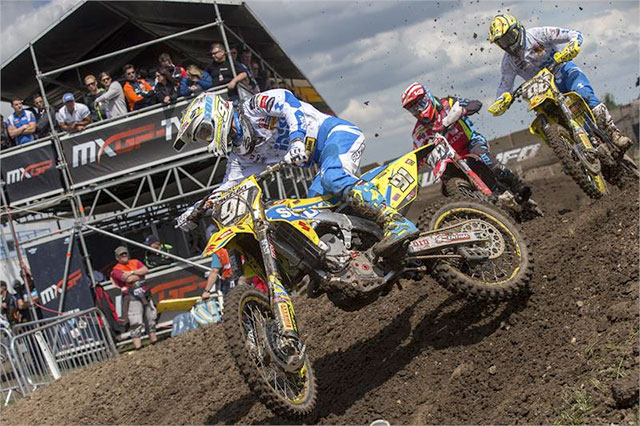 Jeremy Seewer
For General Manager Stefan Everts, it was a great weekend, especially because there were so many Suzuki Germany people in attendance. He had this to say about the racing: ‰ÛÏFirst moto, Jeremy won after a tough battle to come through the field but eventually he caught up to Jonass and passed him to win the moto, which was an important step mentally to accomplish. In the second moto, after coming through, he lost the connection with the top guys when he was trying to pass Jonass again but finished fourth and got the overall. Also for Hunter, he was battling really hard for a podium spot, eventually coming home fourth. He did the same again in the second moto, this time one-spot better and he was just riding like we all knew he could.

‰ÛÏHaving Jeremy win the overall and Hunter finishing second was a dream weekend
to get first-and-second for Suzuki is something worth celebrating. It certainly wasn‰Ûªt an easy victory and both riders worked extremely hard for the results, so both did absolutely fantastic. Also Bas did well to go 11-13 on this kind of track, as he is coming back from his injury so they were not bad results. All three riders did really well.

‰ÛÏWe had a lot of guests coming here with Suzuki Germany. They do so much for this team, almost everything, so it was great they got to witness this. We had a lot of customers here, a little Suzuki Village almost, so it was very nice to get the first and second places, and have Suzuki on the top of the podium,‰Û