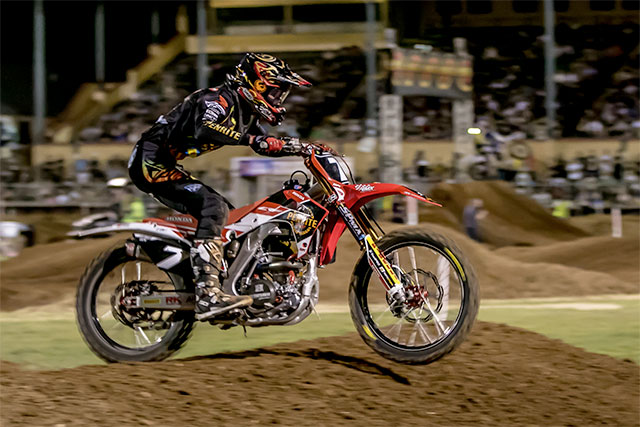 Moving up two spots in the championship to 4th position overall; Faith knows he has his work cut out for him in an effort to get back to the top step of the podium before the championship ends.

"I rode as hard as I could, the track was tricky in some areas and I lacked the confidence to go any harder," Faith said, "The team and I will test this week and work on several things together. I know when I am 100% comfortable I can get back on top. There is still 75 points up for grabs, so the championship is far from over,‰Û 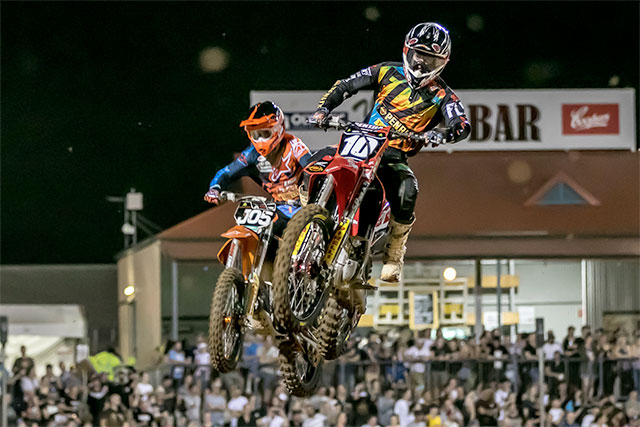 Josh Cachia. Credit: Arryn Minerds
Team-mate Josh Cachia rode with strength in his heat race to take 4th, however as the track deteriorated the Victorian found it harder to attack the obstacles and settled for 9th in the final. He is well aware of what he needs to work on and will push hard this coming week to improve on his weaknesses.

"I am not strong enough to do 15 laps yet, the track required a great deal of strength through the whoops and I was getting tired. I rode within my limits and made sure I finished. We continue to maintain the goals we set at the start of the championship.‰Û