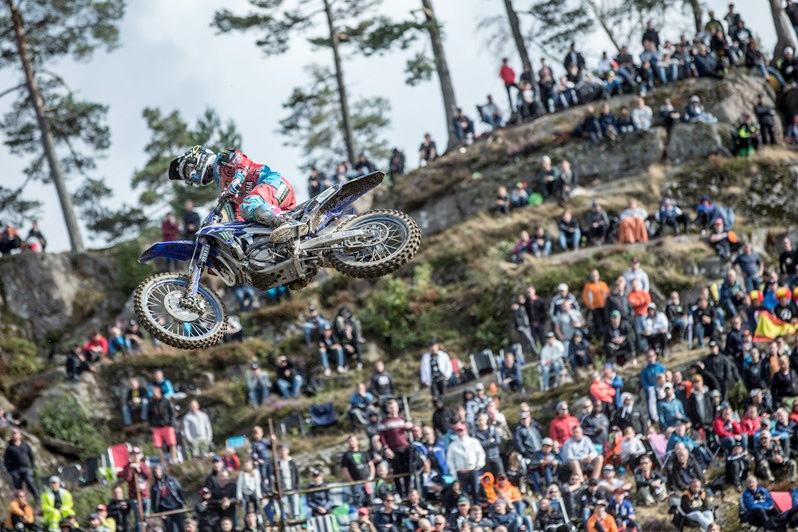 Paturel crashed on Wednesday 30th of September while training at Villars-sous-Ecot, the same venue that will host the final round of the FIM Motocross World Championship in three-week's time. Following a medical examination soon after the accident, it was confirmed that the twenty-two year-old had lacerated his liver. He remains in hospital under observation.

Due to this unfortunate injury Benoit Paturel - who is currently third place in the MX2 Championship Standings - will miss the remaining three rounds of the FIM MX2 World Championship.

"It's a shame to end the season this way. Before the season had even started we made a plan to fight for the championship and the podium and we did." Hans Corvers from Kemea Yamaha commented.

"I am so happy he was able to win his first Grand Prix with us, but it's really sad that he won't be able to end the season the way he deserves. Benoit is a true fighter, he works his butt off every single day, and this is what makes it a disappointing end to what was an incredible three-year relationship between Benoit Paturel and Kemea Yamaha Official MX2.

"On behalf of the team, and especially from me personally, I would like to say thanks to him for the incredible three years and all that he gave us over the last three seasons. I want to wish him the best for the future of his career."

"It's a real pity to end the season like this, for Benoit, the team and Yamaha." Yamaha Motor Europe MX Racing Manager Erik Eggens aggded. "It was clear to see that everything was going well for Benoit especially after he took his first win not so long ago at the MXGP of Switzerland. His speed was evident, as was his skill and talent.

"He is currently third in the MX2 World Championship although it is unlikely that he will end in this position after this news. His end result now won't reflect his speed and ability, but now the most important thing for Benoit is to make a full recovery, especially with such a dangerous injury such as a lacerated liver.

"I am sure that once he has fully recovered that he will come back stronger than ever."