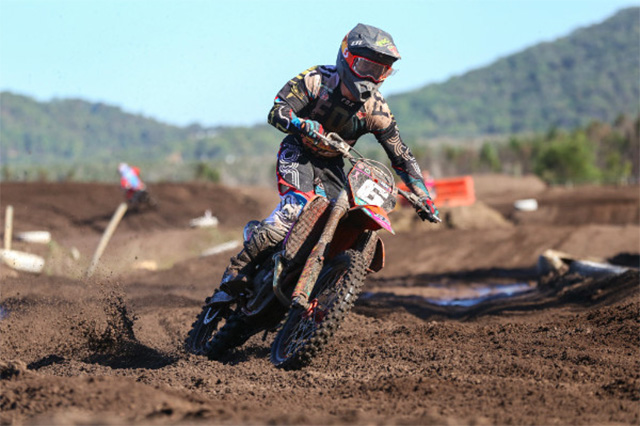 Raceline Pirelli KTM‰Ûªs Jay Wilson raced to a season best fifth overall, while Rykers concluded the season with a top ten finish, at the tenth and final round of the 2017 Motul MX Nationals at Coolum over the weekend.

With Wilson only joining the KTM 250cc squad at the mid-way point of the season, the former MX2 Champ began to find his feet in the series over the past two outings, finishing off his fifth round for the team with some impressive results.

Despite the two-day event dishing out high speed winds, a brutally rough track, and a talent packed field, Wilson qualified in fifth place on Sunday morning before racing to 6,7 results and concluding the round in fifth overall. Wilson also wrapped up the 2017 season in 14th place in the MX2 championship, incredibly only competing in a total of five rounds.

‰ÛÏI was stoked to finish the season with a top five overall. I feel as if at the last two rounds we have started to feel more comfortable and I‰Ûªm picking up a bit more of that speed that the front guys are running,‰Û 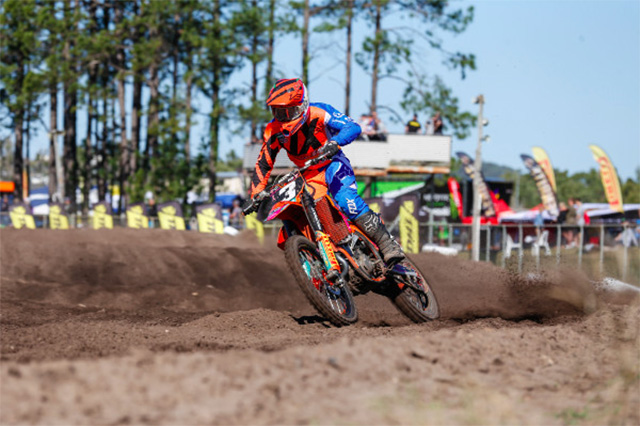 Jayden Rykers
For Jayden Rykers, round 10 of the MX Nationals dished out some of the most challenging conditions of the season. After qualifying in 11th due to a penalty on Sunday morning, the former Western Australian rider fell victim to crashes on the brutal Coolum circuit in moto one, eventually recording an 18th place finish. However, in moto two, Rykers well and truly redeemed himself, charging to sixth position and concluding the round in 10th overall. With the final points from Round 10 to his name, Rykers wrapped up the 2017 race season in an impressive 7th in the MX2 Championship.

"A small mistake cost me in the first turn in moto one, a crash unloaded me off the bike, after that it was on-going but I found a little flow, for what speed I had at the end of the race," Rykers explained.

‰ÛÏThe track was difficult on the weekend. With such a hard base too it was easy to catch you off-guard and wasn't like a typical Coolum that everyone knows.

"Overall the motocross season was a great experience for me with the team. Of course I'm unhappy with some of my performances but the work has been done, so I'm looking forward to another year on the four-stroke and putting in all into motion after Supercross."