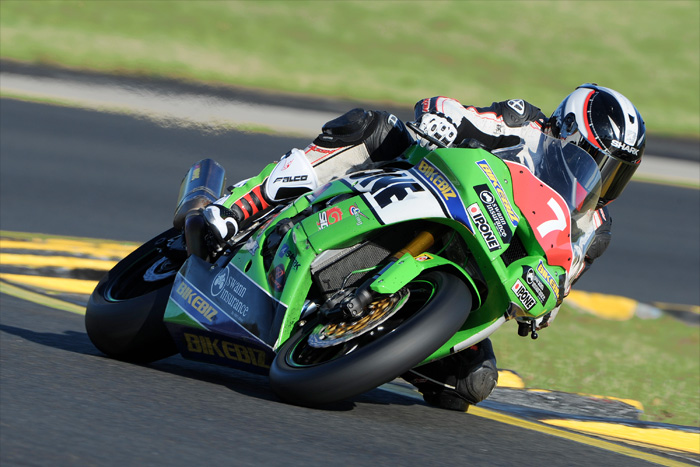 Sean Condon claimed his first race win while privateer Rick Olsen took out all three Supersport races on his Ninja ZX-6R at round 3 of the Swann Insurance Australasian Superbike Championship.

‰ÛÏIt was a very confidence inspiring weekend for me." Condon said. "Besides the last race, everything fell into place.

"I won my first superbike race of the series and I‰Ûªll be heading into the next round with a boost of confidence. My body is feeling good after injuries from crashing earlier in the year. I actually injured my arm in qualifying on Friday and considering that I‰Ûªm stoked to have come away with a win."

Sean unfortunately went down in turn three during the second race which subsequently ruled him out for the day. After experiencing the peak highs and lows of racing over the weekend, Sean is currently placed 6th overall in the Swann Insurance Australasian Superbike Championship aboard his Bikebiz Ninja ZX-10R.

Matt Walters, made good progress on the Kawasaki Connection Ninja ZX-10R over the weekend.

‰ÛÏI made a lot of ground on the front guys especially in race two which I was really happy about. I secured some better lap times so we are happy with the way things are going,‰Û