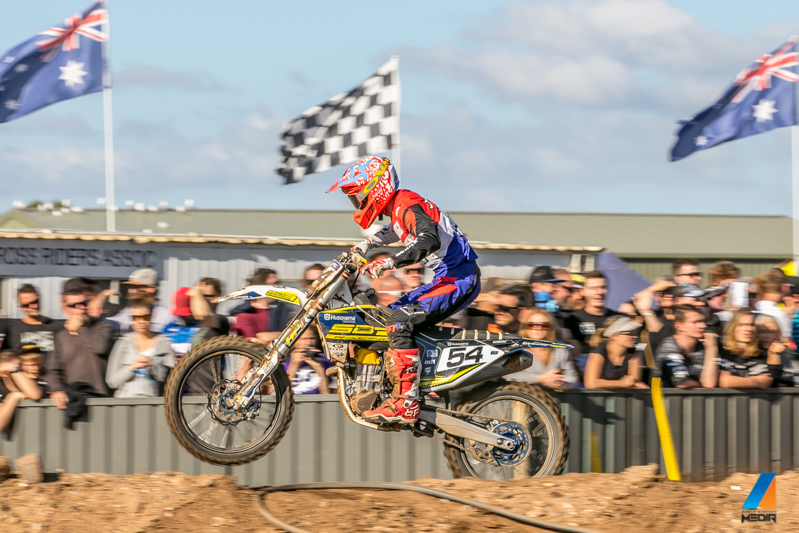 Metcalfe led a one-two for the SD3 Husqvarna FC450 in the premier class, taking on his training partner, MX2 racer Luke Arbon in the MX1 championship, and coming away with the win in both motos.

Stepping up from his regular class onto the big machinery, Arbon grabbed the early lead in the first of two motos, and kept Metcalfe at bay for almost half of the first race, on his way to a pair of well-deserved second places. Arbon then did some clean sweeping of his own in the MX2 category, in preparation for the resumption of his Australian championship tilt next weekend.

‰ÛÏA great buildup for the two boys on home soil down in South Australia and it was great to get our first 1-2. It was brilliant for the team and for South Australian motocross to have Brett and Luke there making themselves available and signing autographs for the kids. It was fantastic." Steve McKinnon, SD3 Husqvarna Team Owner said.

"As a team we can‰Ûªt wait for this weekend. It's where Luke has kick-started his last two campaigns and it‰Ûªs a track we love, but to have Brett there this year is going to be mind blowing. The crowd is going to be huge. Brett‰Ûªs got a real spring in his step, and if he can get a couple of decent starts I think he‰Ûªs primed to show what he can do. I wouldn‰Ûªt bet against Luke at this track either, or from here on, for that matter.‰Û
Arbon is one of the favourite contenders for the title, and currently sits just 11 points off the lead of the national championship leading into some of his favourite circuits on the calendar.

‰ÛÏIt was nice to go 1-1 in the 250 class on a really rough track. I felt pretty strong and I feel it was good preparation for Murray Bridge. It was cool lining up with Metty, I've ridden with him a lot this year and we've done a lot of training together, both over there and back here." Arbon commented.

"I haven‰Ûªt really done too much on the 450, but I managed to get the holeshot in the first moto, and lead for maybe half the race, but then he came by and pulled a bit of a gap.

"In the second Metty was really on the gas. I hung with him for a few laps, but then I was toasted. It was my fourth moto for the day and I didn‰Ûªt need to have a silly crash, so I backed it off a bit. It was a tough track to bust out four 20-minute motos on, but I got it done so I must be in decent shape.‰Û 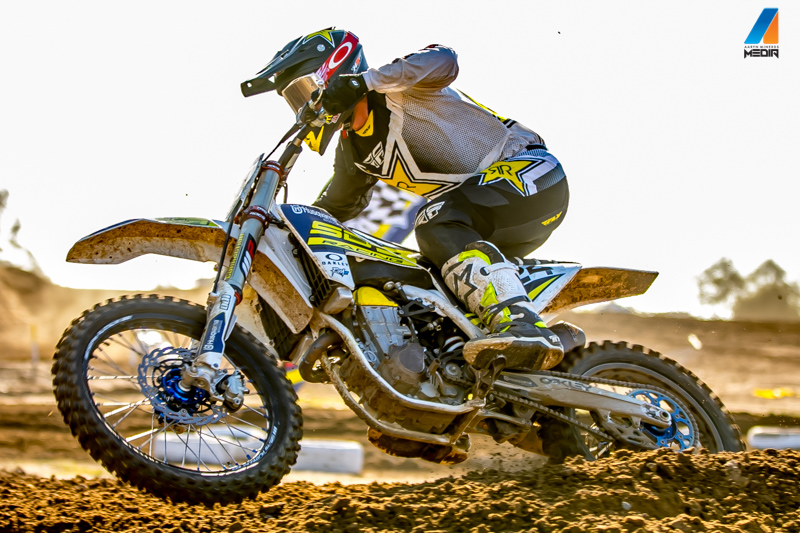 Brett Metcalfe was in fine form in his first race at the Gilman circuit in some 15 years
Next weekend's MX Nationals round at Murray Bridge will take on special significance for SD3 Husqvarna guest rider Brett Metcalfe, who will then depart Australia in order to resume contractual obligations in Canada.

In his last MX Nationals appearance for 2016 and with the Murray Bridge circuit only 30 minutes away from his childhood home, Metcalfe is extremely motivated to go out on a high, and Sunday's racing at Gilman suggested the decorated Aussie motocross hero is in fine form.

‰ÛÏThere's no better training than getting behind the start gate and running through the race process. It was good to line up with my teammate Luke. He doesn't ride the 450 in the national series, so for him to jump out there was good training for him and to race each other was cool." Metcalfe said.

"Leading into Murray Bridge it was good to get the confidence going, and I think we‰Ûªre sitting in a good spot going into the weekend. I've got a lot of family and friends and fans coming out to watch, and I think Murray bridge is going to be a good turnout for everybody. Being my last round, I‰Ûªm hoping I can have a good showing here and I definitely want to leave on a good note. It‰Ûªs important to me.‰Û