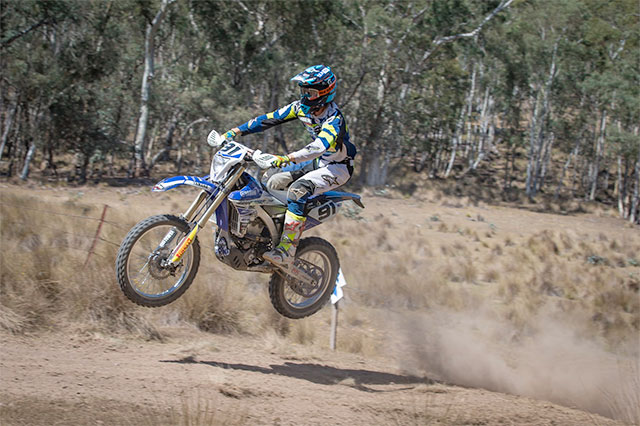 Yamaha mounted Scott Keegan has taken the points lead in the E1 (250cc) category at the Australian Off Road Championships after an impressive weekend of racing at rounds three and four of the championship at Portland in NSW.

Jemma Wilson finds herself in similar position as she leads the Women‰Ûªs class after four rounds on her WR250F.

Keegan, on his Yamaha YZ250FX, put together a fast yet consistent weekend of racing in trying conditions to finish second in class on both days and now take the lead in the E1 championship. In the four rounds contested so far, Keegan has logged 1-4-2-2 results to lead the E1 class by two points over his nearest rival.

That consistency has also seen him break into the top 10 in outright honours where he currently sits in seventh place.

Yamaha have a strong showing in the E1 class with three of the top five riders mounted on the blue bikes. Stefan Granquist is in fourth, just clear of fellow Yamaha rider, Riley Graham in fifth. 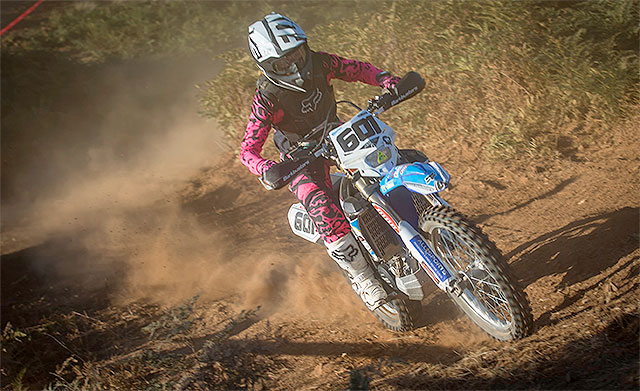 Jemma Wilson continued her good start to the AORC with a first and second place finish in class over the weekend. Combined with her wins at the opening rounds, Wilson now has a 10 point gap over second place in an all Yamaha podium with Jess Gardiner and Emelie Karlsson running second and third respectively.

Yamaha currently run 1-2 in the E2 (450cc) class with Josh Green and Chris Hollis ruling the roost, Beau Ralston holds down third in the E3, while in outright honours, Yamaha has four riders inside the top 7.

Class Standings After Round Four