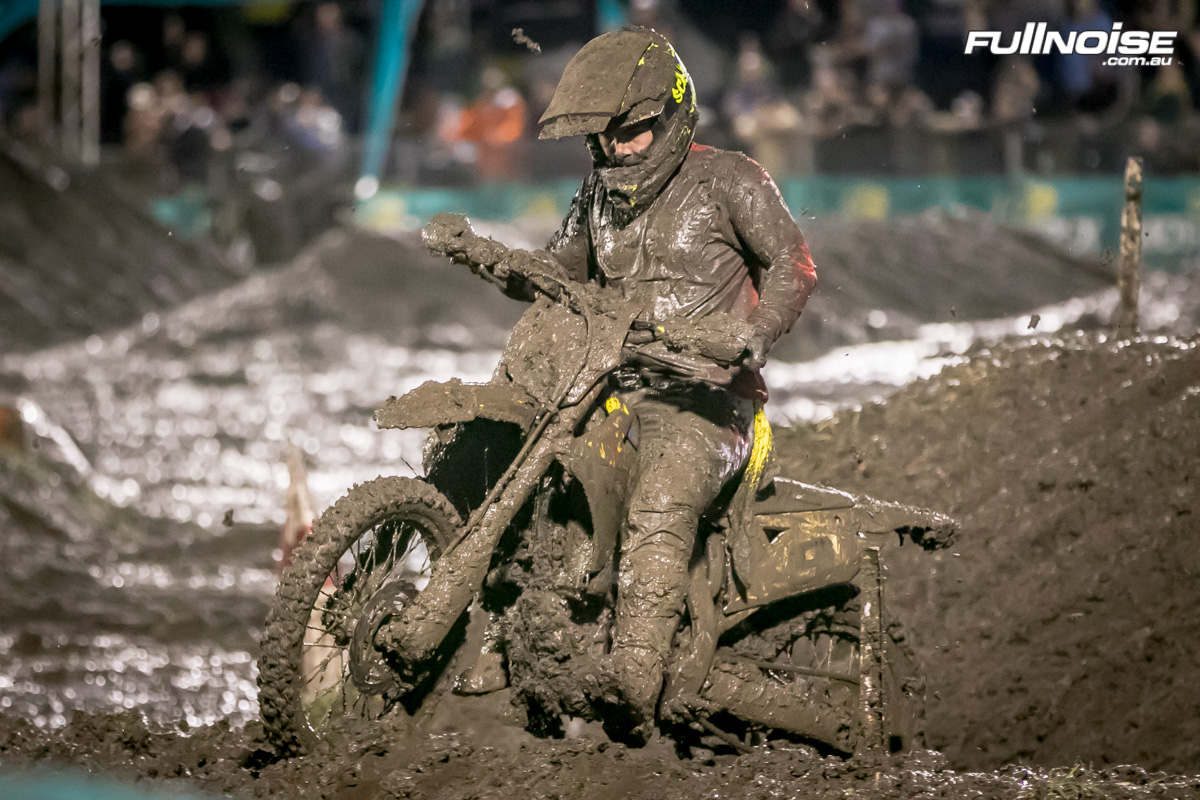 Wilson Coolair Motul Factory Suzuki‰Ûªs Nick Schmidt has finished the 2017 race season on the highest note possible after taking the final SX1 round victory of the year at Jimboomba in Queensland over the weekend.

With the venue drenched by rain, the final Australian Supercross round of the season shaped up to be a complete mudder, however Schmidt took to the conditions like a true professional and completed the event with plenty of reason to celebrate.

Schmidt qualified in fifth position in positively gruelling conditions on Saturday afternoon, then finished in an impressive third place in his heat race despite being covered head to toe in Queensland mud.

But it was the main event which delivered American Schmidt and Wilson Coolair Motul Factory Suzuki with their first SX1 race win of the season.

After getting to a decent start, Schmidt circulated in the wet making up positions, and kept his Suzuki well and truly on two wheels. Then, despite initially crossing the finish line in second, race officials awarded Schmidt the SX1 race victory after Nathan Crawford who finished ahead of him was penalised and docked two positions after leaving the track and returning ahead of where he left in the running order.

‰ÛÏI‰Ûªm definitely excited. I felt good all day and coming in to the round we had a great week. We‰Ûªve had some bad luck so far this season but we managed to turn it all around,‰Û