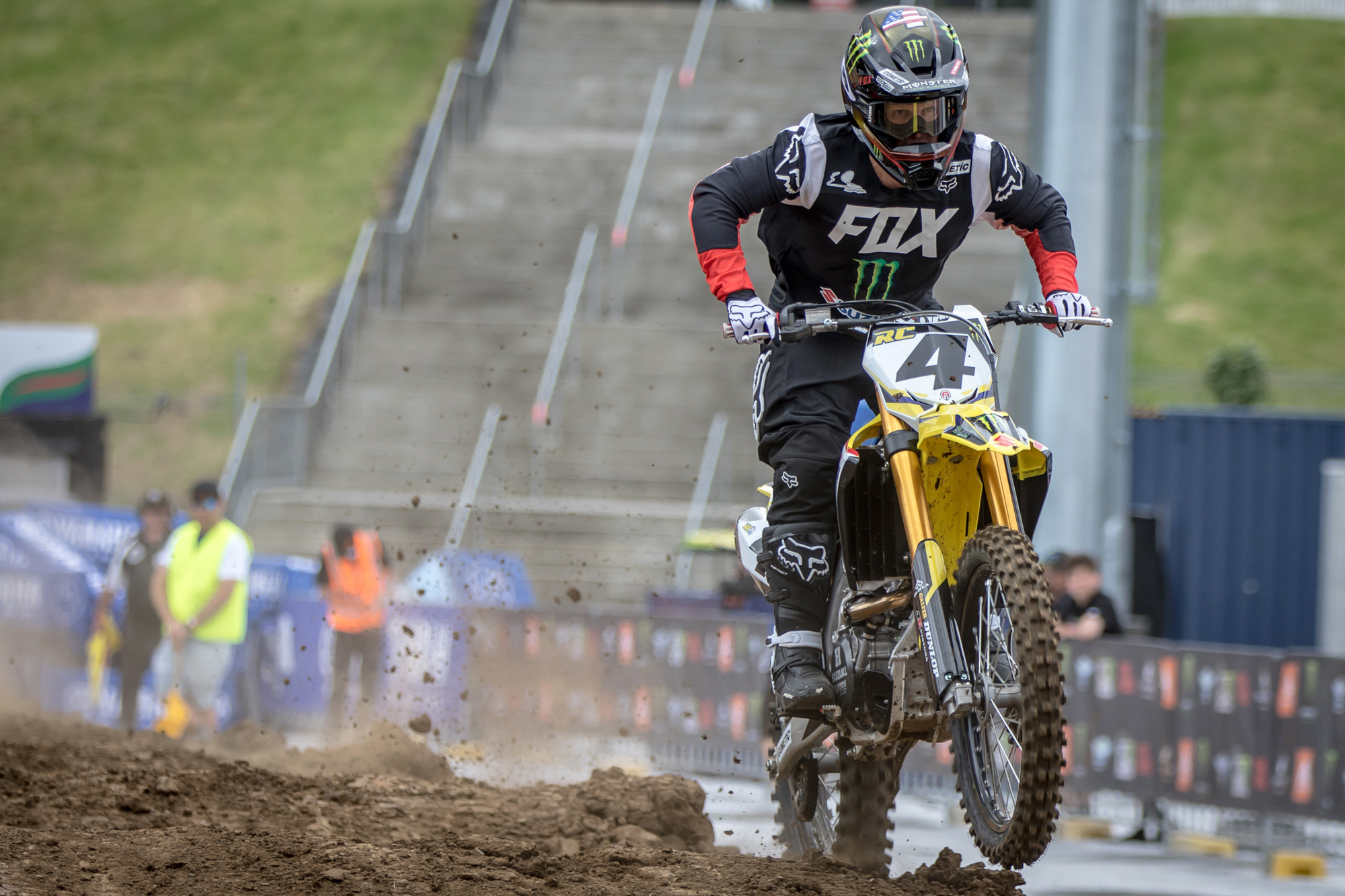 Playing host to the 4th round of the 2019 Australian Supercross Championship, Mt Smart Stadium was bought to life as some of the world best racers joined the Australasian regulars as the series stepped into overdrive.

Two of the big international stars joined the Suzuki pits for the weekend, with both Suzuki icon and the man known around the world as the GOAT (Greatest of All-Time) Ricky Carmichael, along with newly signed JGR Suzuki racer Joey Savatgy aboard his Factory Suzuki RM-Z450 for the first time.

For the team‰Ûªs two Australian racers, Jayden Rykers and Cody Dyce the round was another excellent learning experience, as both push towards completing their first full Australian supercross series.

Rykers who headed into the round sitting 9th the championship standings, got the team‰Ûªs day off to a great start, narrowly missing the holeshot in his heat, before Dyce managed to go one better in the second SX1 heat race, leading the field through the first turn. 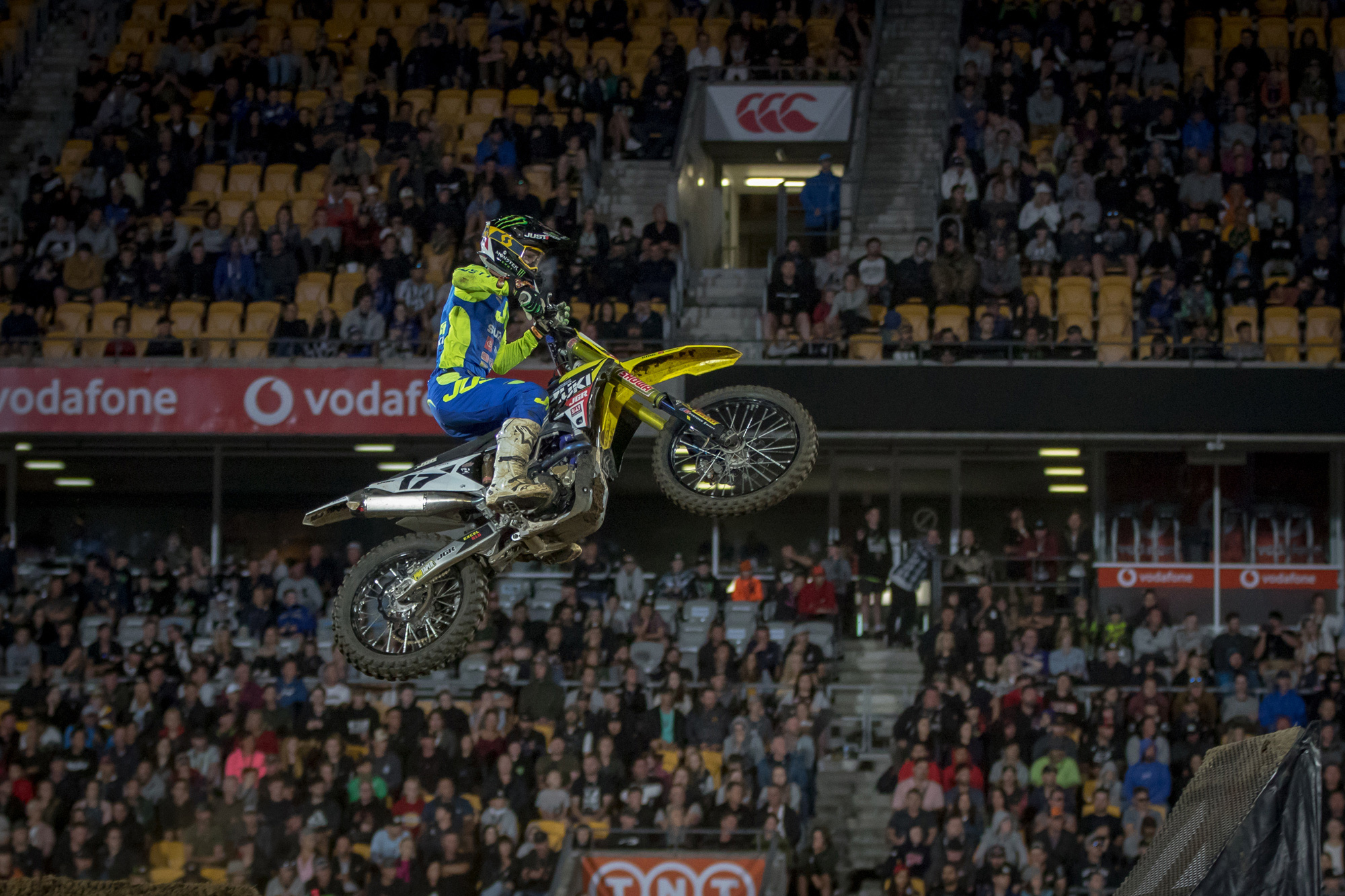 Newly signed JGR Suzuki racer Joey Savatgy aboard his Factory Suzuki RM-Z450 for the first time. Photo: Aaryn Minerds
Both riders transferred straight through to the nights three-race main event format, where they struggled to adapt to the track conditions, with Rykers posting, 16 ‰ÛÒ 13 ‰ÛÒ 16 race results to finish the round in 16th position, while Dyce had to settle for a 17-14-15 score card to finish one point behind Rykers in 17th.

‰ÛÏCertainly not the results I was chasing tonight, but I am out there taking notes and learning more about Supercross every time I hit the track." Rykers commented.

‰ÛÏThe last few days have been a great experience, and I can‰Ûªt thank both the team and my supporters, including Byrners Motorcycles and SPMX who came along this weekend to help out.

‰ÛÏI am looking forward to finishing the series out in Melbourne; we are still sitting 10th in the championship, so we will go there and do our best and see where we end up.‰Û 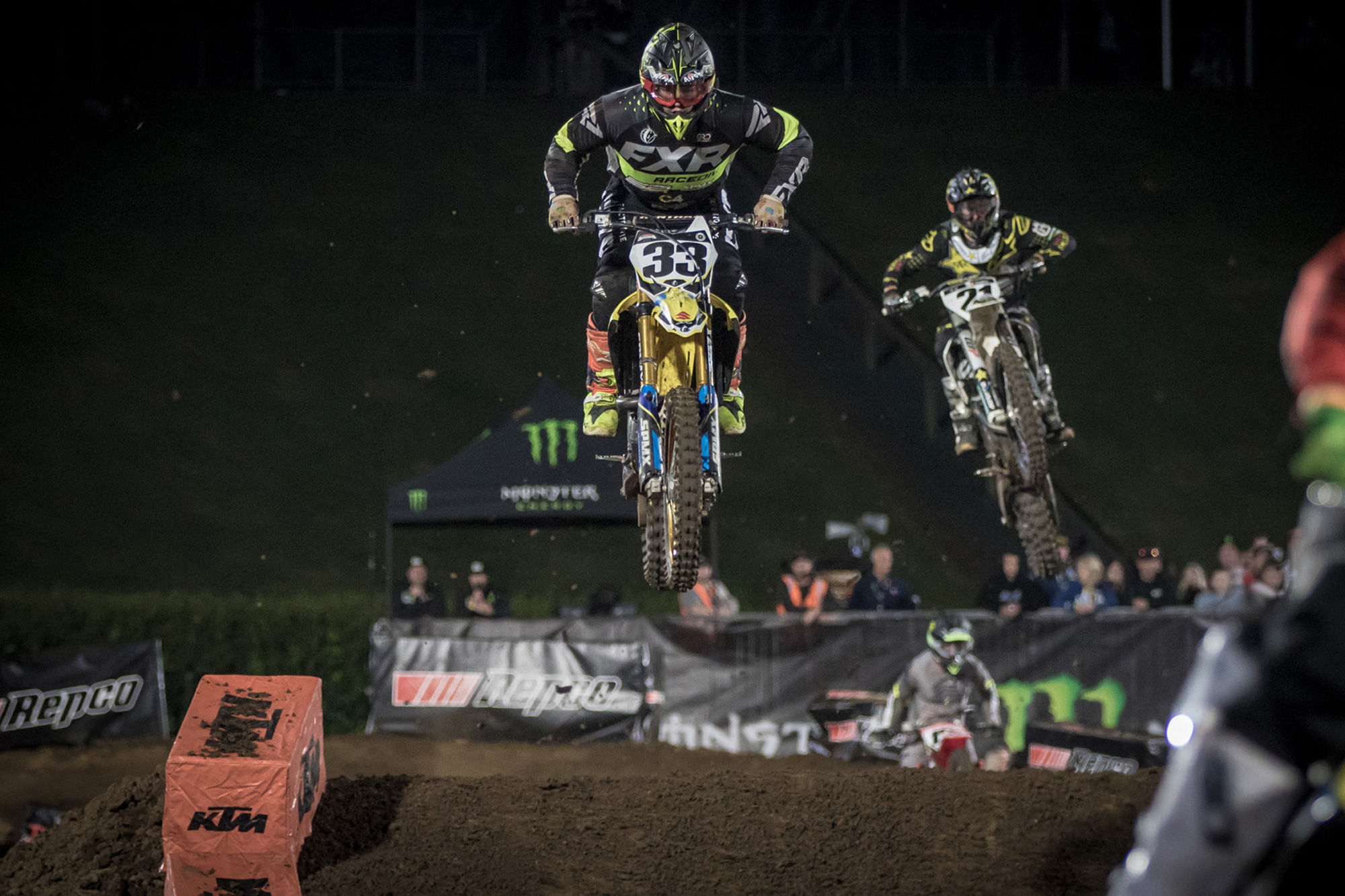 Cody Dyce had to settle for a 17-14-15 score card to finish one point behind team-mate Rykers in 17th.. Photo: Aaryn Minerds
For team owner the Scott Brewster, while the final results were not quite there for the team, it was a great experience to spend the weekend with one of the greats of the sport under the team's tent.

‰ÛÏBoth Jayden and Cody continue to learn and pick up new things at each and every round, neither of them had completed a single round of Supercross before this season, to be heading into the last round with Jayden sitting 10th in points and Cody just outside the top ten is a great achievement." Brewster commented.

‰ÛÏTo see both boys get holeshots again was a testament just how good the Suzuki RM-Z450 really is, Cody‰Ûªs bike was straight off the showroom floor for this event, and he outraced some of the best factory bikes out there into the first turn.‰Û 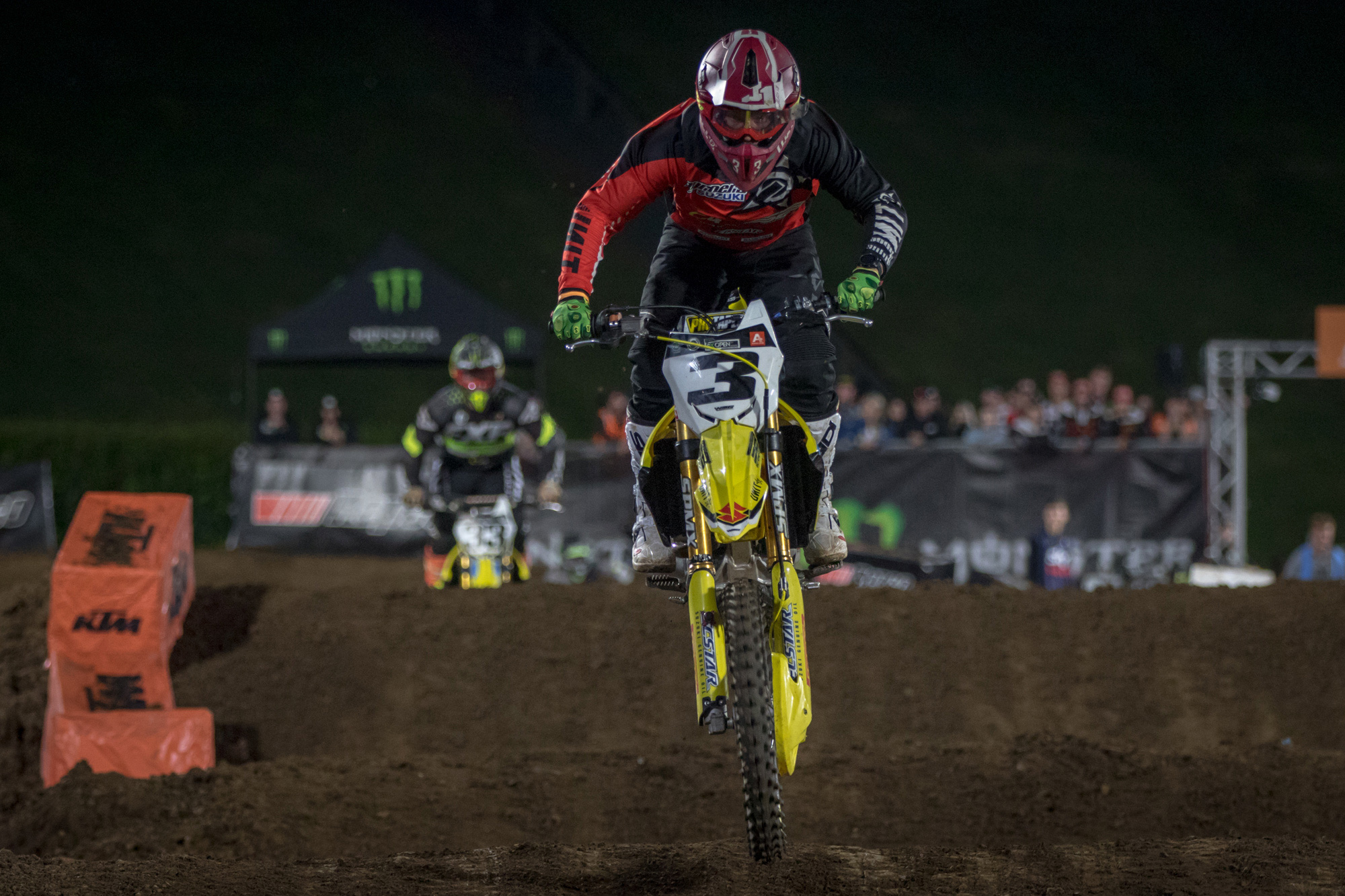