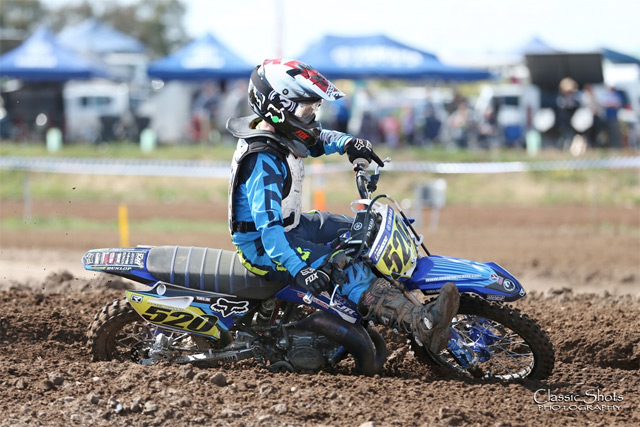 The final round of the South Australian Motocross championships was held over the weekend at the all new MRA (Gillman) race circuit in perfect weather conditions for the junior race day.

The three boys came into this round hoping to close the series out strongly and take home plenty of silverware by days end.

Thomas Larwood starts were awesome and he holeshot all three races and showed the speed and control like he had at the first two rounds. His hard work from the previous round really paid off and his aggression and race craft kept him a cut above the rest.

Despite dominating the final round, he would ultimately come short of winning the championship but can take away the most rounds wins of anyone.

"I'm pumped to get the round win today. Even though I didn‰Ûªt win the championship, I feel like I‰Ûªm riding the way I should ride and it felt good to be back up the front again after a couple of disappointing rounds. My bike ran and handled well today so it was awesome day all round,‰Û