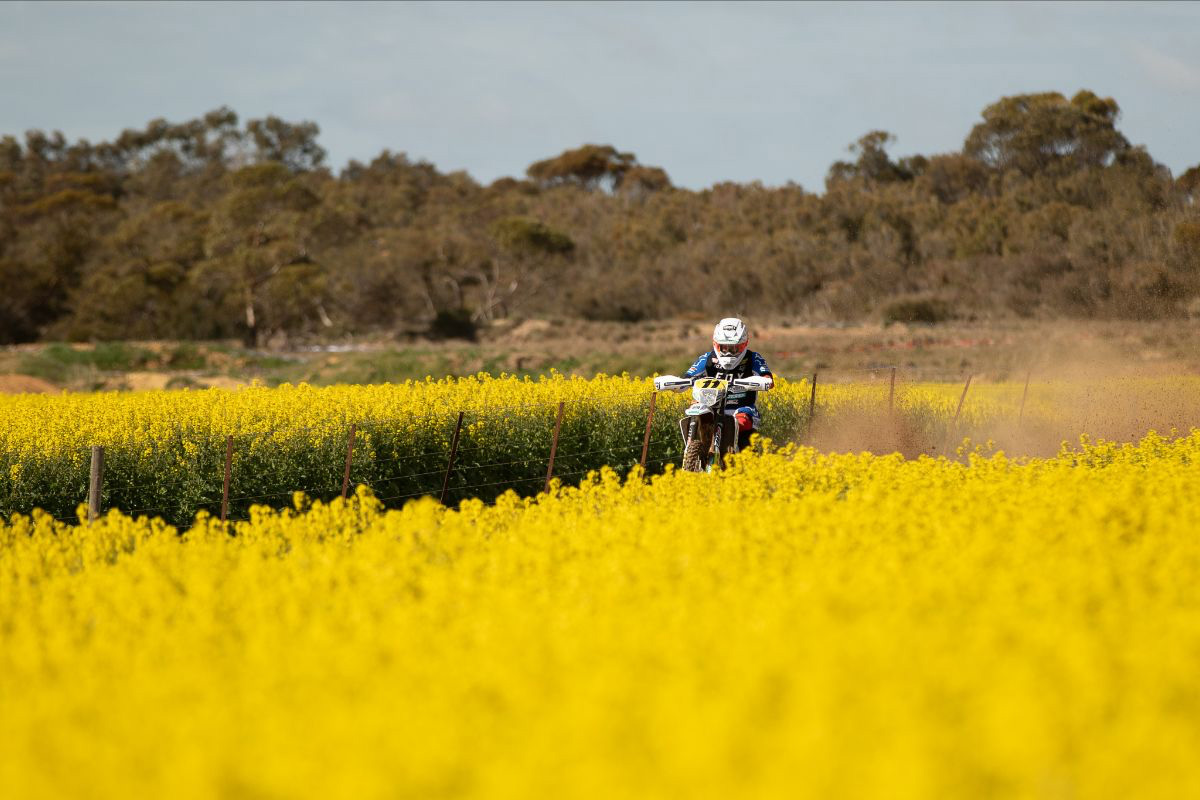 2019 E3 Champion Daniel Sanders. Photo: John Pearson Media
One rider who, you could argue, would sum up the weekend as perfect would be Daniel Sanders, who came away today as the undisputed 2019 Yamaha Australian Off-Road Championship (AORC) E3 Champion, as well as clocking in the fastest time for the day at Coonalpyn, SA.

Celebrating alongside Sanders, though not for Championship success but for the Round 9 win, was Active8 Yamaha Yamalube's Luke Styke for E1, Daniel Milner for E2 and Kyron Bacon for EJ.

E1
He backed it up again today to strengthen his lead in the E1 class, with the same focus and ferocity we‰Ûªve come to know all year. Styke finished his seven laps on the bLU cRU test with a total time of 1:12:31.488, just ahead of Lyndon Snodgrass by nearly 16 seconds!

Snodgrass closed off Round 9 with a total time of 1:12:56.788, fighting tooth and nail to get as close to the first place gold as he could.

Third place was comfortably secured by Husqvarna‰Ûªs Fraser Higlett, with a total time of 1:13:44.746.

‰ÛÏMy day was good and it was even better backing it up from yesterday. I‰Ûªm pretty ecstatic actually,‰Û 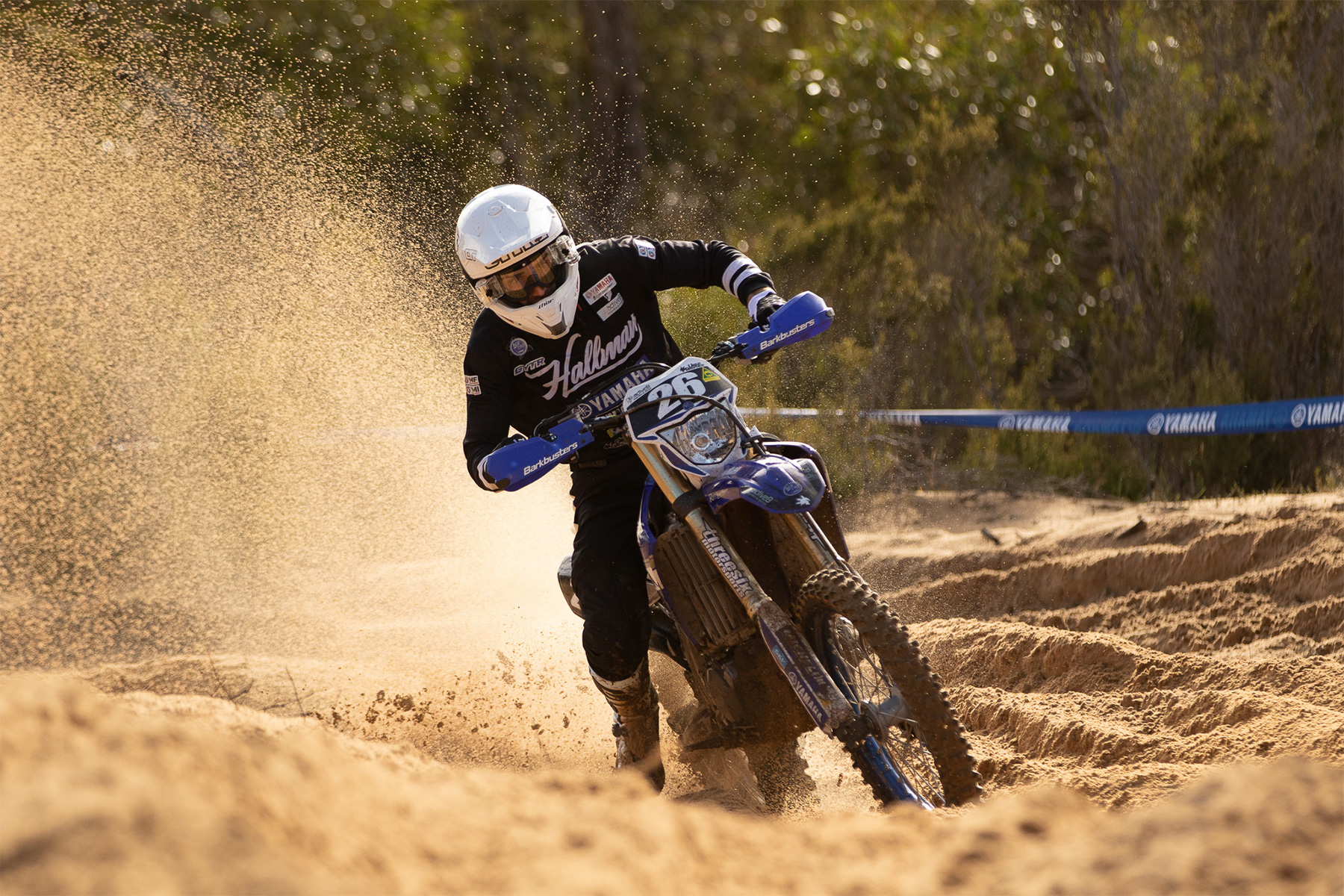 Luke Styke. Photo: John Pearson Media
True to form, Milner was a vision as he flew across the bLU cRU test track, clocking in a total time of 1:10:59.206 and earning first place in the E2 class. Following close behind as a stream of Yamaha blue was citve8 Yamaha Yamalube's Josh Green, who rode across the finish line with a total time of 1:13:21.455.

Rounding out the E2 podium today was Jeremy Carpentier, who claimed third place by the skin of his teeth ahead of Matthew Phillips. 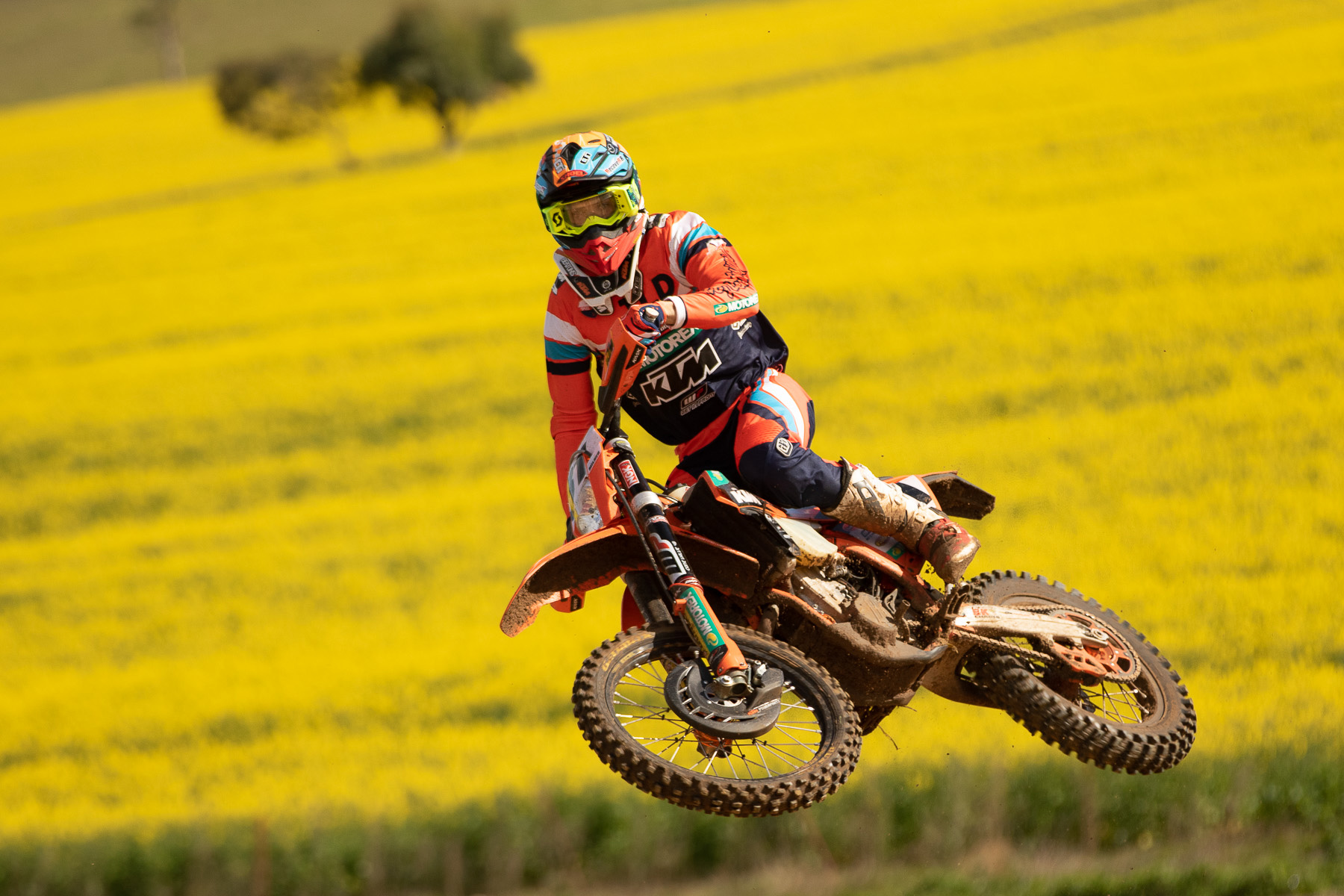 Daniel Milner. Photo: John Pearson Media
The man of the moment, Daniel Sanders! Claiming back-to-back fastest times this weekend, Sanders has now achieved an insurmountable amount of points for any other E3 competitor to become the 2019 AORC E3 Champion!

The third and final podium was taken by Alex Bolton (Bolton Motorcycles), with a total time of 1:16:50.317.

‰ÛÏIt‰Ûªs a pretty great feeling to take out the 2019 E3 Champion title here in Coonalpyn,‰Û 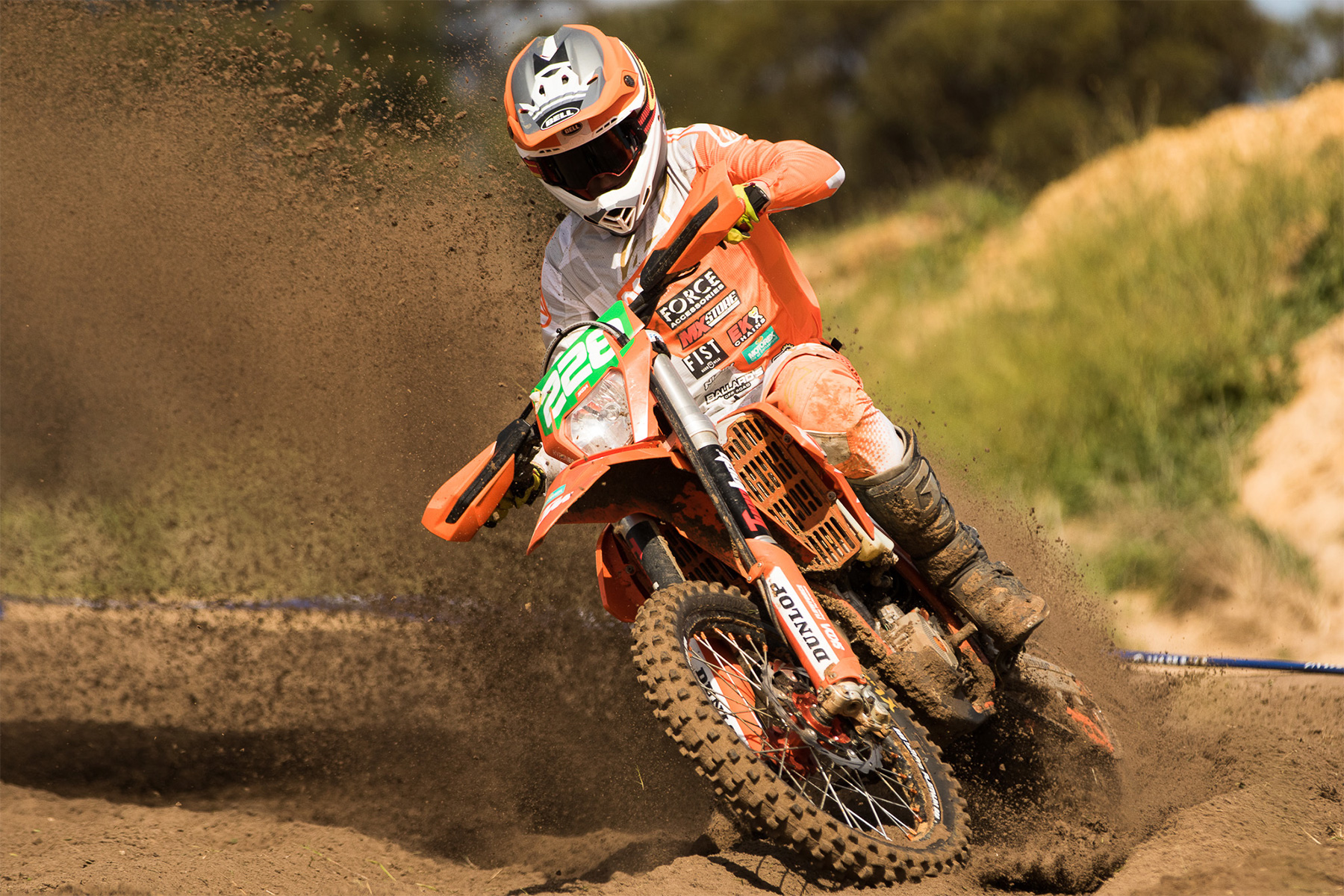