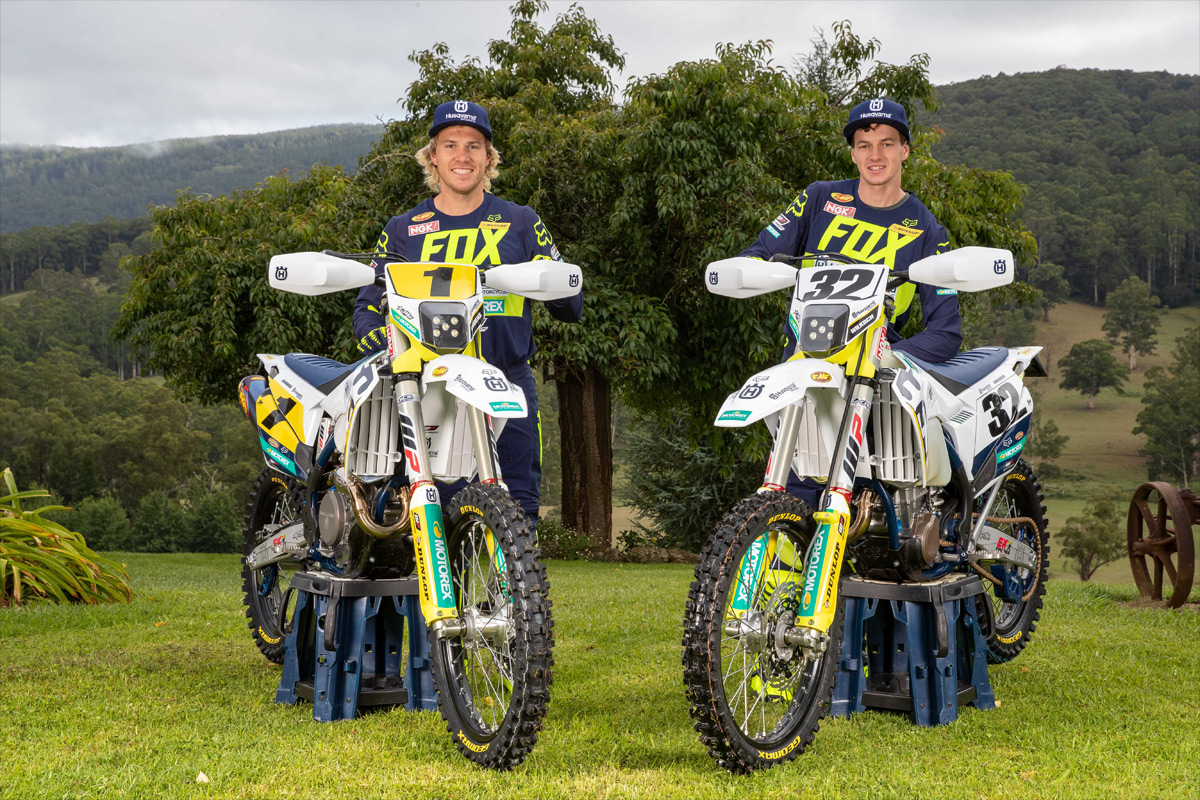 The Husqvarna Enduro Racing Team will feature a new-look line-up for the 2020 Australian Off-Road Championship (AORC), with reigning AORC champion Daniel Sanders to be partnered by new recruit Andy Wilksch.

Fresh from the most successful year of his career in being crowned the AORC E3 and outright champion along with earning the International Six Days Enduro (ISDE) individual honours, Sanders enters his third season with the factory Husqvarna team.

The 25-year-old Victorian will take to the track aboard the all-new Husqvarna FE 501 in the E3 division once again, where he will wear the number one plate as he defends his crown through 2020.

‰ÛÏIt‰Ûªs a different approach coming into this season with a new format in the team and new people jumping in, so it‰Ûªs going to be an exciting year and I‰Ûªm looking forward to it after last year‰Ûªs results. I think we‰Ûªre in a good spot, other than some injuries coming into the season, but I‰Ûªm feeling good on the new 2020 Husqvarna FE 501 and we‰Ûªre making steps forward. I‰Ûªm looking forward to starting the season off and ramping it up during the year.‰Û