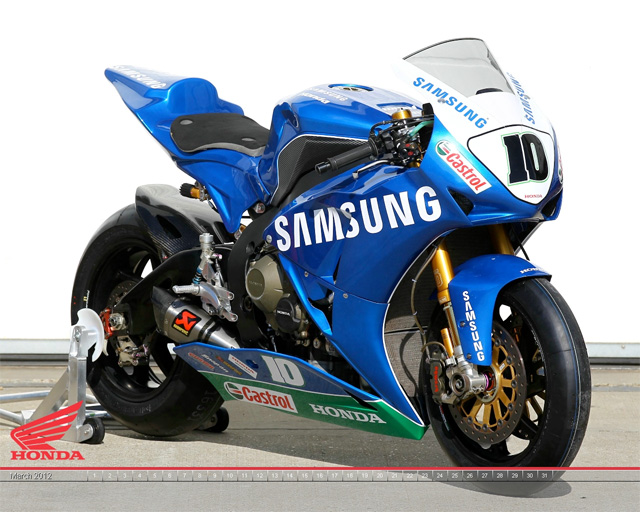 Samsung Mobile has been revealed as the title sponsor for the Honda Racing British Superbike (BSB) team with a two year deal for 2012 and 2013, with the all-new Samsung Honda liveried CBR1000RR Fireblades mounting their charge on the British Superbike and British Superstock Championships in just a few weeks' time at Brands Hatch over the Easter weekend.

The Samsung Honda team will field the two rider line-up pairing of Michael Laverty and Jon Kirkham in the British Superbike Championship, alongside the two rider line-up of Jason O'Halloran and Gary Johnson in the Superstock 1000 series. All four riders will be contesting their respective British championships on the new-for-2012 and iconic CBR1000RR Fireblade which celebrates its 20th anniversary this year.

Samsung's partnership with Honda will enable them to build on their previous involvement with the British Superbike Championship, by now being allied with the most successful two-wheeled racing team and motorcycle manufacturer in the UK. This high profile partnership will provide Samsung with even greater exclusive content and opportunities to share with customers across its extensive range of mobile devices, including the Galaxy Note.

Honda Racing (UK) has an unrivalled history in motorcycle racing, having won no less than three British Superbike Championships from its eleven British titles in total, four World Championship titles and taken 57 TT wins in its illustrious twenty three year history. 2012 marks the beginning of a new chapter in Honda UK Racing's history with the emergence of the new Samsung Honda team.

Simon Stanford, Vice President, Samsung UK & IRE Telecommunications & Networks Division commented, "We are extremely excited to be taking our existing relationship with both Jon Kirkham and British Superbikes to the next level with the sponsorship of the Honda Racing (UK) team. As world champions four times over and with numerous British titles under their belts, we are thrilled to be coming on board as title sponsor of this team and continuing to take our leading and innovative mobile technology brand to the receptive and diverse motorsport audience."

Steve Martindale, General Manager of Honda (UK) Motorcycles said, "From a commercial and team perspective we are delighted to forge this new relationship with Samsung Mobile, a brand that shares much of our own company philosophy for providing quality and innovative products for our customers. We look forward to sharing with Samsung even further racing successes that Honda Racing has enjoyed over the years."

The Samsung Honda team will be taking to the track at the first round of the British Superbike Championship over Easter weekend (7-9 April). 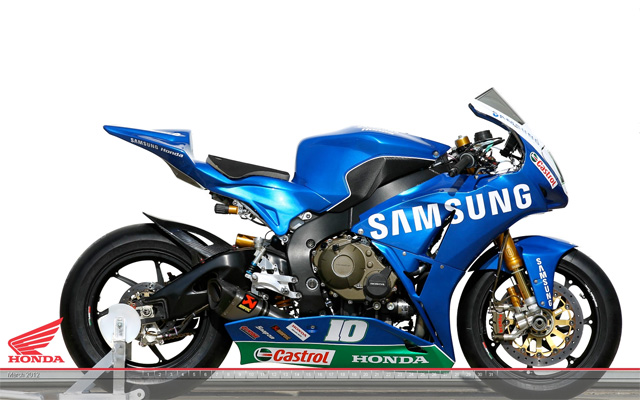