Sam Sunderland leads a KTM sweep of the 2017 Dakar

The 2017 Dakar Rally, an edition that delivered its share of drama was finally settled on Saturday when Red Bull KTM factory riders, Britain‰Ûªs Sam Sunderland and Austrian teammate Matthias Walkner crossed the line 6th and 4th respectively to give the Austrian brand its 16th consecutive victory and the runner-up spot.

Determined to give Yamaha a place on the final podium at the Dakar Rally 2017, Adrien Van Beveren put in a committed final stage performance to claim an impressive stage victory. Spain‰Ûªs Gerard Farres Guell finished the final stage in second, this being enough to give the Spaniard third overall and make it a complete podium for KTM. Honda's Joan Barreda rounded out the top three.

Sam Sunderland and Matthias Walkner not only succeeded in taking the top two spots, but also to both completed the rally for the first time. Both had retired injured in earlier editions.

Sunderland went into the final swift 64 km timed special with 33-minute advantage on his KTM 450 RALLY and the task of holding his nerve and getting the job done. He completed the stage in a comfortable sixth place and sacrificed only a couple of minutes. After almost 9,000 km through Paraguay, Bolivia and Argentina, he topped the overall timesheets with a total time of 32:06.22 hours. 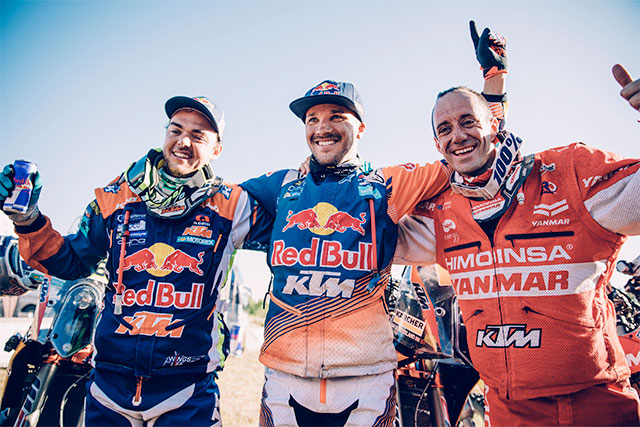 Matthias Walkner, Sam Sunderland and Gerard Farres Guell Dakar 2017
‰ÛÏWhen I crossed the line my emotions really took over," Sunderland said. "I've had a lot of weight on my shoulders for the last six days. Now it feels incredible. I have to say thanks to my team, the bike has been great from start to finish. When Toby (Price) went out of the race it was a blow to the team as he‰Ûªs a good friend. Because of the strong bonds we have in our team it helped us to pull together and strive to do something special. There‰Ûªs a lot of fast guys that have the potential to win this race, I think cutting out the mistakes was the key to this win.‰Û 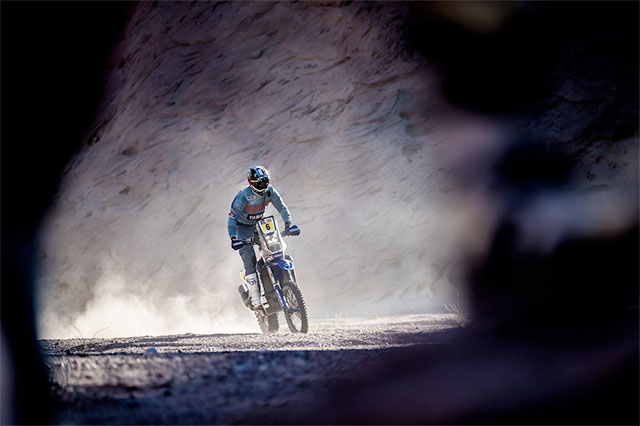 Yamaha's Adrien Van Beveren took the win on the final stage
Sunderland and Walkner stepped up and delivered for the Red Bull KTM Factory Racing Team after teammate and 2016 winner, Toby Price of Australia, went out in the fourth stage after crashing and breaking his leg in four places. After surgery in La Paz, the Australian desert champion has now returned to Australia with the aim of being back on his KTM 450 RALLY machine in four months.

KTM first won the Dakar Rally in 2001 and has topped the podium every subsequent year, with the exception of 2008 when the race was canceled on the eve of departure because of terrorist threats in North Africa. It regrouped for the 2008 edition, held in for the first time in South America, where it has developed a huge following and is an annual sporting highlight. The sport is also attracting a new generation of South American rally-raid talent. 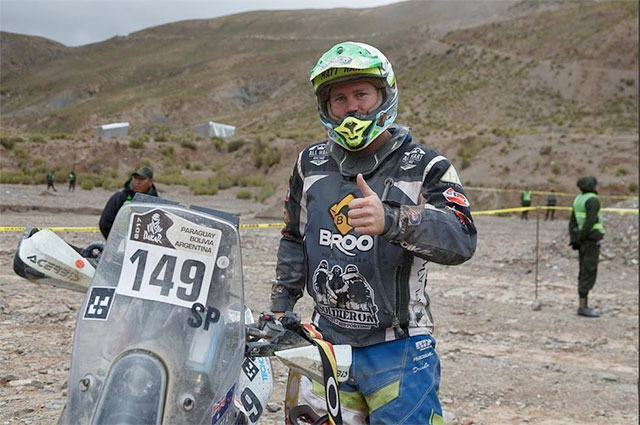 Aussie Matt Hart finished an impressive 44th, one place behind compatriot Todd Smith, and also finished the 10th highest Rookie out of the 29 rookie finishers. Photo: All Hart Racing (FB)
While the Dakar Rally attracts the world‰Ûªs elite rally-raid riders, it is also a magnet for private teams and amateur riders who make up most of the field of competitors. Ninety-seven, of the original field of 146 were at the finish in Buenos Aires.

Australian Todd Smith impressed with 18th overall after completing the final stage in 43rd place. Husqvarna mounted Aussie privateer Matthew Hart remarkebly finished one place behind smith in the overall with 44th after coming in in 35th in the final stage. Of the first timers Hart ended the event 10th out of the 29 that rookies that completed the distance. The other two Australian went out early with defending champ Toby Price breaking his leg in stage 4 while Rod Faggoter went out with bike problems in the following stage 5.