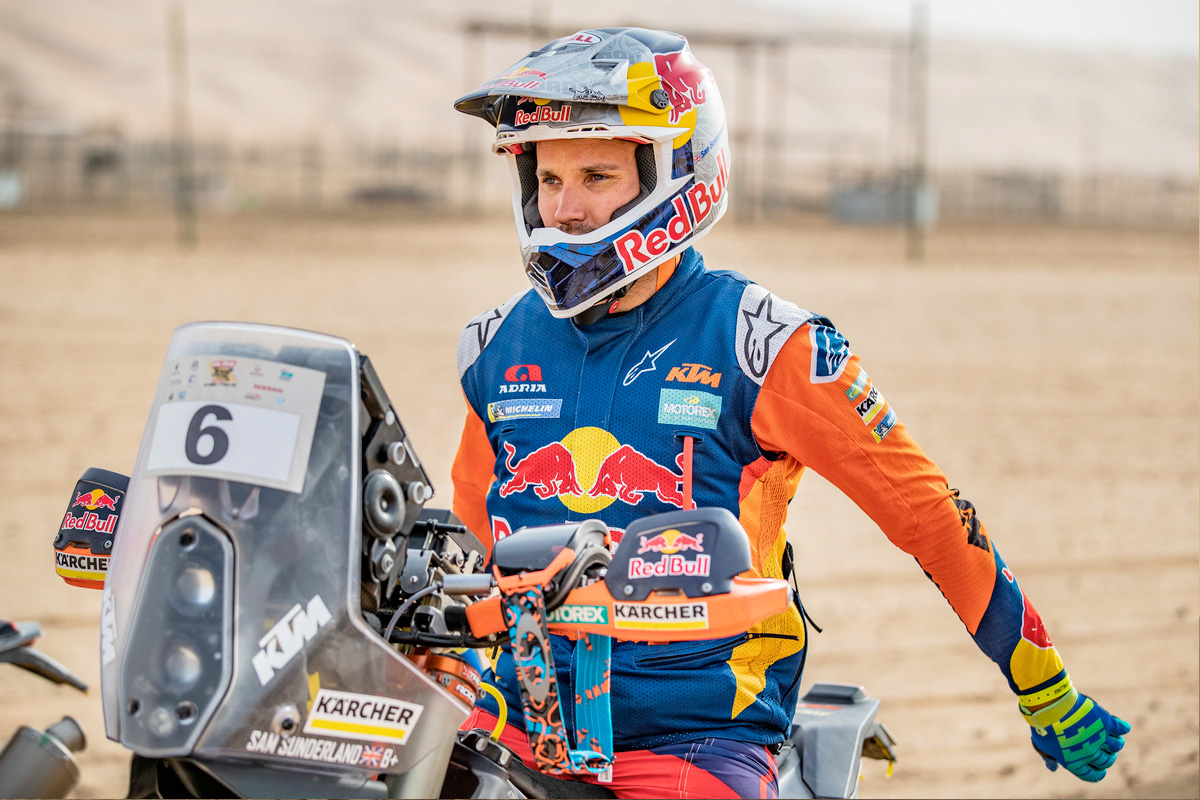 Sam Sunderland took his second stage win and now holds a good overall lead. Photo: RallyZone - Edoardo Bauer
Sam Sunderland has increased his overall lead in the 2019 Abu Dhabi Desert Challenge with a win on the long third stage of the rally ahead of Kevin Benavides and Aaron Mare.

Marking the halfway point of the event, stage three of the Abu Dhabi Desert Challenge offered riders a long, 297.97 kilometre timed special that would once again test both endurance and navigational skills. Despite an early morning start, competitors also had to face rising temperatures as the day progressed, adding to the challenge of the rally.

As the fifth rider away, Sam Sunderland immediately set about chasing down the riders ahead. The experienced rally racer navigated superbly through the dunes, eventually catching the group and ultimately reaching the finish together. Posting a time close to three minutes faster than second-placed Kevin Benavides, Sunderland now leads the provisional overall rankings by almost 13 minutes.

‰ÛÏEverything went well today, the weather has been a lot better with less wind, so visibility has improved," Sunderland explained. "I‰Ûªm feeling really good, I am really comfortable on the bike and my pace is solid, the team are doing an excellent job as usual. That‰Ûªs stage three done and we are past the halfway stage, but we still have two long days to go, so I need to stay focused right up to the last kilometre. There are a lot of traps out there and this race can easily catch you out.‰Û 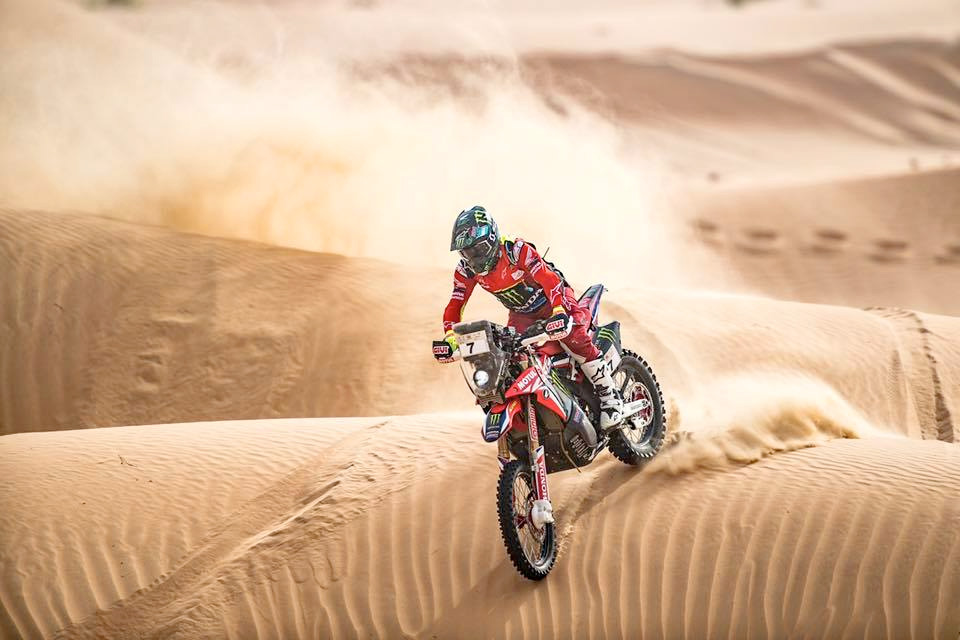 "Obviously, the stage position today leaves me happy, even though I am with a broken rib and with my shoulder injured," Benavides said. "I was able to ride a beautiful stage even though the pain persists. At least it made it worth the effort. I am pleased with the way the stage developed. I tried to focus on enjoying the bike and forgetting the insignificant stuff. For me, the goal is clear: finish the race. I want to thank the effort that the team is making right now, in this time of added difficulties." 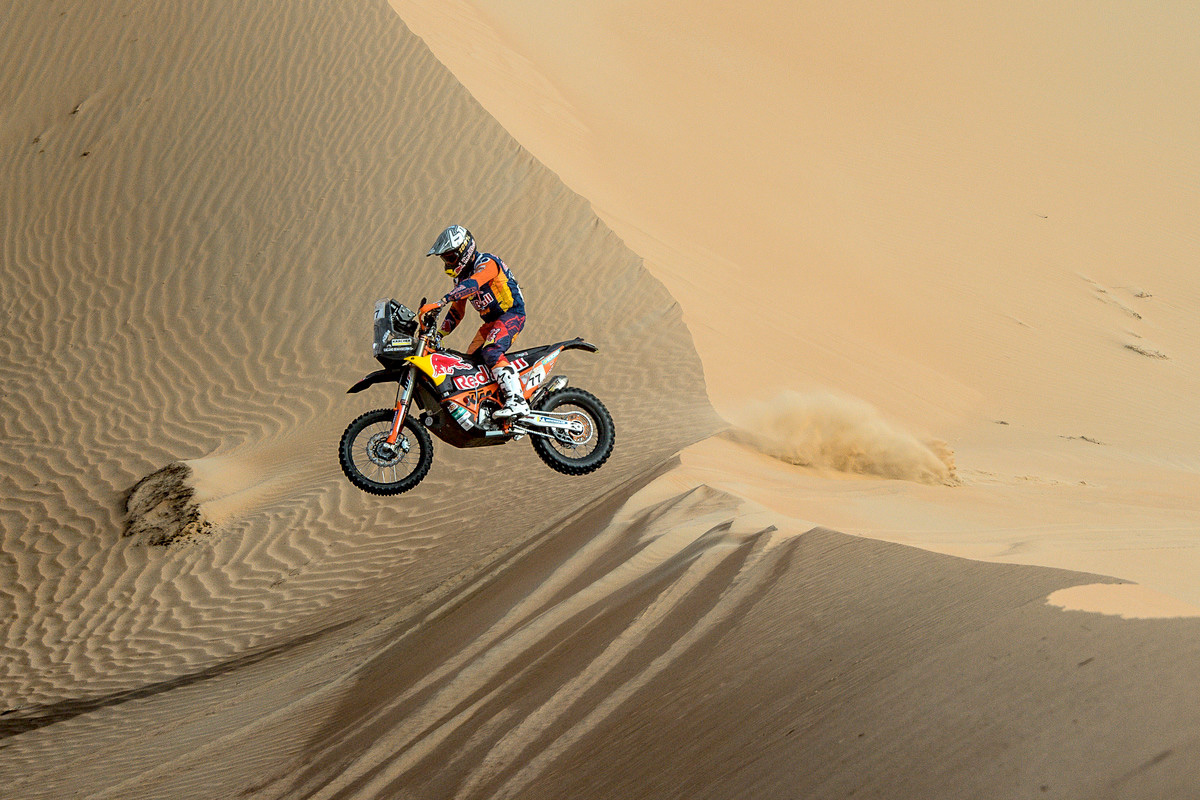 ‰ÛÏIt was a really good day for me today, it was very long ‰ÛÒ I think we did over 450 kilometres in total," Benavides said. "For the first 100 kilometres of the stage I was riding on my own, but then Sam caught me and I tried to stay on his wheel from then on. We rode like that for the rest of the stage and finished together. I think we did a good job today and it has put me in a good position in the overall so the plan is to continue to focus and try not to make any mistakes and stay there for the rest of the rally.‰Û 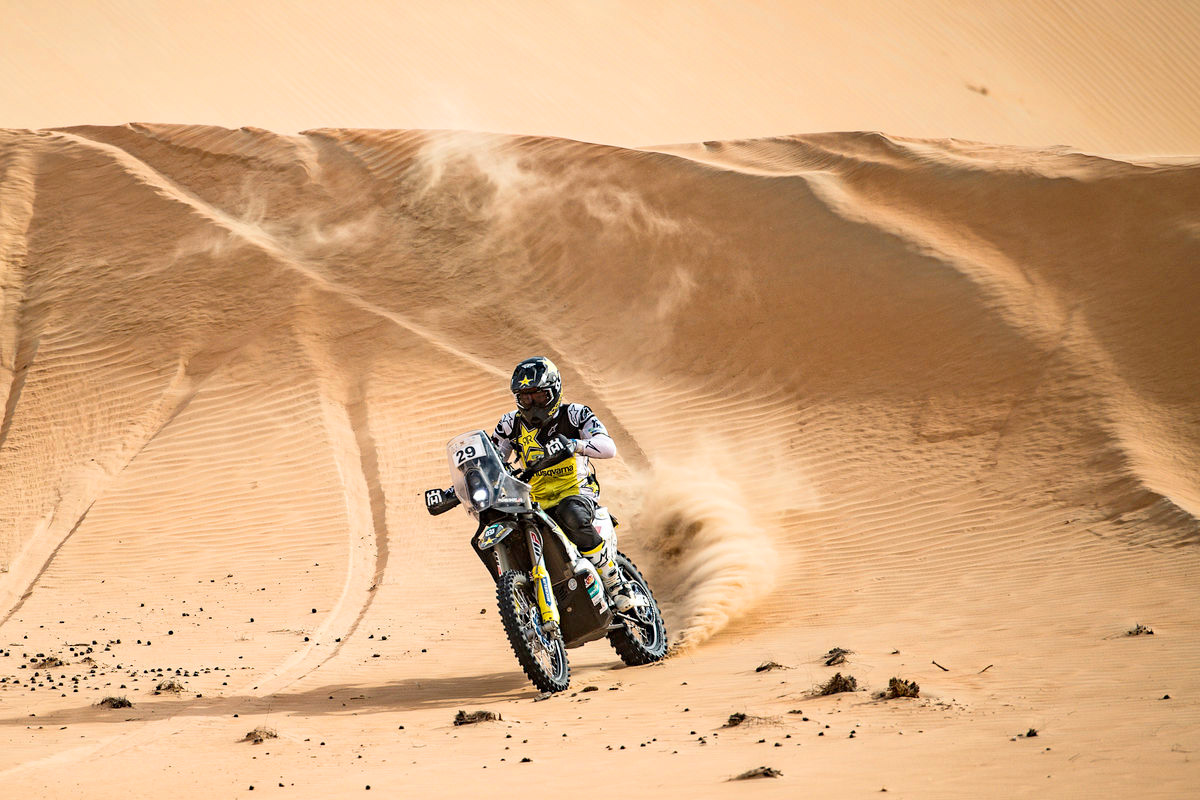 Andrew Short had to stop for a technical problem that saw him finish further down the order. Photo: RallyZone - Edoardo Bauer
Yesterday's winner JosÌ© Ignacio Cornejo finished 8th after leading the field away in the morning while another front runner, Andrew Short also experienced a tough day in the dunes finishing 11th after stopping to correct a small technical issue close to the stage finish.

‰ÛÏOverall, it was a really good day for me, it‰Ûªs just a shame I had a small issue near the end of the stage," the American said. "I set off with a good pace and when Sam passed me midway through the special, I was able to stick with him. The terrain after the fuel stop looked amazing ‰ÛÒ it was like a different planet out there with a mixture of white and red sand. Things were going really well, but unfortunately, with about 17 kilometres to go to the finish, I had a little issue with the bike. Thankfully, I was able to sort the problem but I lost some time doing so. It‰Ûªs knocked my race result a little, but it‰Ûªs better to fix it and get going again rather than the alternative.‰Û