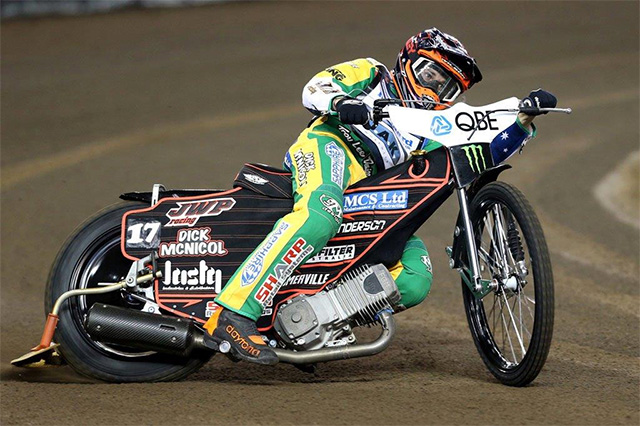 The Newcastle-born star dons the No.16 race jacket for the series-closing showdown at Etihad Stadium, which will see the 2017 FIM Speedway World Championship winner crowned, with Australian ace Jason Doyle currently leading the race on 78 points.

The Aussie international has raced for his country in the last two Monster Energy FIM Speedway World Cups, helping the Roos reach the 2016 Final in Manchester.

Masters made his individual World Championship debut in the inaugural Australian SGP at Etihad Stadium in 2015, scoring five points, before being drafted in as a late replacement for injured compatriot Doyle last year, tallying two.

The 26-year-old rides for SGB Premiership team Wolverhampton and SGB Championship side Edinburgh in the UK, as well as Lejonen in the Swedish Elitserien and Ostrow in the Polish Second Division.

The line-up is completed by track reserves Justin Sedgmen and Dave Watt, who finished second and third respectively in this year‰Ûªs Aussie Championship.

Mildura-born Sedgmen dons the No.17 race jacket, while Watt, who lines up at No.18, will be hoping to get a get a ride in what he has confirmed will be his final meeting as a professional speedway rider.

The Townsville-born star announced his retirement earlier this year, but couldn‰Ûªt resist the chance to appear in Australia‰Ûªs biggest speedway event. Watt made four SGP appearances in 2010, scoring 19 points.