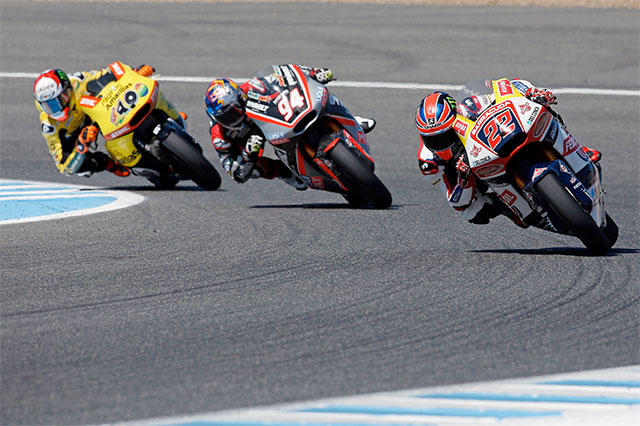 Started from the pole position, the 25-year-old British rider took the lead on the second lap, keeping it until the checkered flag thus claiming his first win of the season. Lowes rode a smooth steady race while around him all hell broke loose with nine riders all hitting the deck and walking off with heads bowed.

Lowes rode a flawless race with Jonas Folger who followed him at short distance up to 10 laps to go, then he opened a gap on the German crossing the finish line with more than a two-second gap. Spaniard Alex Rins climbed to the third step of the podium.

‰ÛÏIt was a long race, no doubt! I knew that Folger had a good pace and I knew that also Rins was in the game, so I was expecting a tough race," Lowes said. 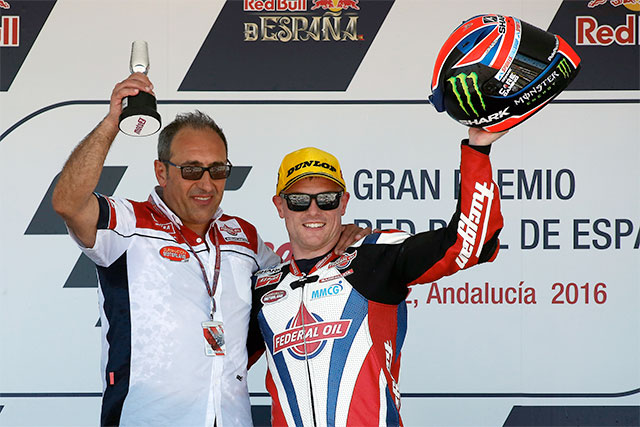 Sam Lowes on the top step for the first time in 2016
"The track conditions have changed several times over the weekend and today have changed again, with higher temperatures. However, here we have made many tests in the winter and thanks to this work the bike always worked very well. After the two second places, obtained racing two strong races, I was confident ahead of this event. I wanted to try to win and I did it, so I‰Ûªm very happy for this first victory of the season. Now we look forward to Le Mans and the rest of the season!‰Û