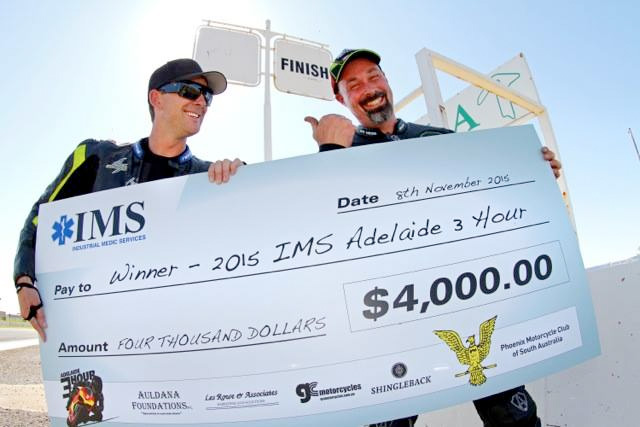 Reigning victors, David Johnson and Evan Byles, dismayed their rivals as they dominated every minute of the 2015 IMS Adelaide 3 Hour race at Malala Motor Sport Park over the weekend.

Crew Chief, Kirsty Byles, had the 12 member team and Ninja ZX-10R superbikes working at optimal levels leading up to and on the day of the race.

Consumption levels were tested and fuel was topped up to the brim of each Ninja ZX-10R superbike tank. At the halfway point of the race, a lead of almost an entire lap was torn from the team after a safety car emerged onto the track. Evan Byles bounced back however to take out the race in a performance that was nothing short of spectacular.

‰ÛÏthe Kawasaki Ninja ZX-10R superbikes performed like clockwork for 3 hours in scorching heat, track temp was around 60 å¡C for most of the event." Byles said

"The team‰Ûªs strategy was spot-on for every single one of the 146 laps and we are extremely happy to finish on the top step for another year."