SA Kawasaki BCperformance Announce The Signing Of Robbie Bugden for 2016 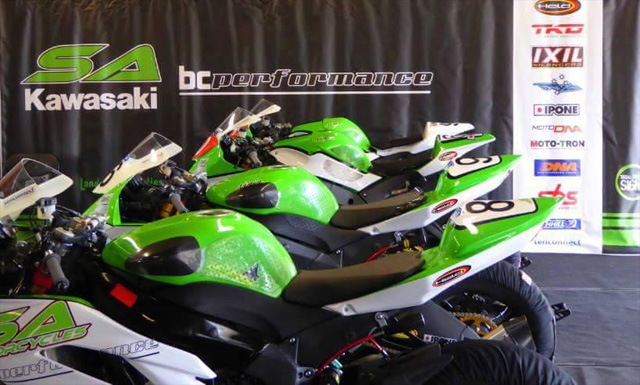 As the 2015 Swann Insurances Australasian Superbike Championship draws to a close, plans for the 2016 season are already in place for The SA Kawasaki BCperformance team.

In some exciting developments for the team it has been announced that Robbie Bugden will be join the SA Kawasaki BCperformance team to ride the updated 2016 Kawasaki Ninja ZX-10R alongside current team-member , Ben Burke.

In what is being seen as a huge boost for the team with Robbie brining with him a wealth of superbike experience, in both national and international championships.

‰ÛÏI couldn‰Ûªt be happier to have an opportunity to be able to race the brand new Kawasaki Ninja ZX-10R with Kelvin and the SA Kawasaki BCperformance team." Robbie said.

"Kelvin and his team have shown they run a professional and very competitive team, now to be able to join the team along with the Ninja ZX-10R, I think together we‰Ûªll be a real force in the Australasian Superbike Championship. It sure is exciting times ahead and I can‰Ûªt wait‰Û