SA GYTR -YJR Start the Season with a Bang 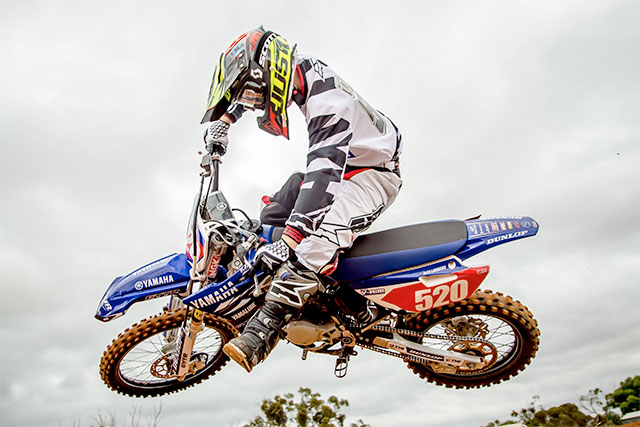 The 2017 South Australian Motocross Championships kicked off over the weekend in Port Lincoln under perfect race conditions.

For the SA GYTR -YJR team the new season brings new challenges with Taj Gow Smith moving up into the 85Big Wheel class, Alex Larwood stepping up to the 125cc division as well as race his YZ85 while brother Thomas Larwood concentrates on the 250F class in 2017.

Alex Larwood came into the series excited for a new challenge. He proved up for it jumping out of the starting blocks and taking control of every moto he raced for the day on board both his very trick GYTR kitted YZ125 and his YZ85LW.

Alex proved to everyone there that he may be small on the bigger bike, but that isn't going to slow him down at all. He won all three 125cc moto's by a very comfortable margin and it was the same story on his YZ85 machine, showing his skill and ability, to dominate the day taking six wins from six starts.

"It was a great day today! The track was good and my bike were awesome. To win all my races is unreal and I‰Ûªm stoked. I can‰Ûªt wait for round two,‰Û 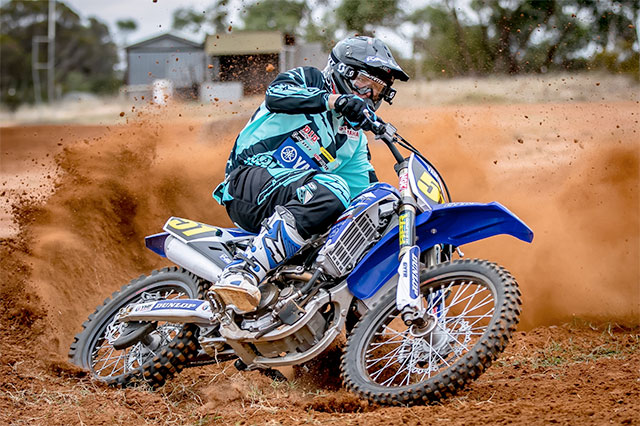 Thomas Larwood finished second on his YZ250F (File). Credit: Aaryn Minerds
Thomas Larwood made the decision to concentrate only on his YZ250F this year to get more of a handle on the four-stroke machine. Thomas showed that he has been working hard in the off-season with great starts and some race long battles with rival Travis Edwards, Thomas rounded out the day in second place with 2-1-2 results.

He learnt a lot, he identified some areas to work on before round two which should hopefully see him land on the top step there. "It's always good to get the first round finished. I'm happy with the day but need to work hard to get the win. My bike was sweet and hooked up out of the gate each race," said Thomas.

With Taj Gow Smith's move up into the Big wheel class brings the unknown, he was very nervous leading into racing but focussed on riding a solid race. He got off to a great start, settled into his pace and it wasn't long before an elder rider welcomed him to the class running him over a berm. Taj regrouped and ended the first moto in 4th.

Being the fast learner he is, he quickly identified a few areas and went out for the remainder of the days racing, claiming another two fourth place finishes for the day which was a very consistent start to his series taking fourth overall for the day. His speed was good, especially towards the end of the moto's.

"I was nervous this morning, but after that first moto I was good. I'm happy with my riding today, my bike was good so I just have a couple of things to work on before the next round to get on that podium," said a very happy Gow Smith. 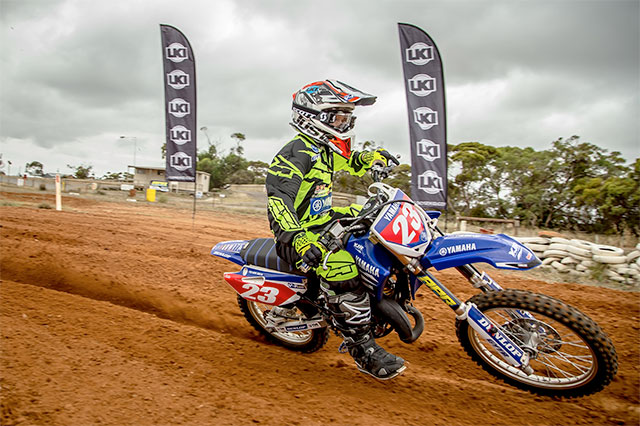 Taj Gow Smith made a great start to the year in the 85cc BW class. Credit: Aaryn Minerds
SA Team Manager Shane Metcalfe felt that these three boys had the ability to get a great start to the series, which they did. They all put in great efforts and rode very consistently over the course of the day on a track that had bits of everything.

"I am very happy with the outcome of the day, for sure it would be great if they all won, but as long as they all put in the effort and learn from their mistakes, I‰Ûªm happy. I'd love to see them all on the podium real soon, "commented Metcalfe.

The next round will be held at SCMX (Monarto) Motocross track on the 13/14 May.