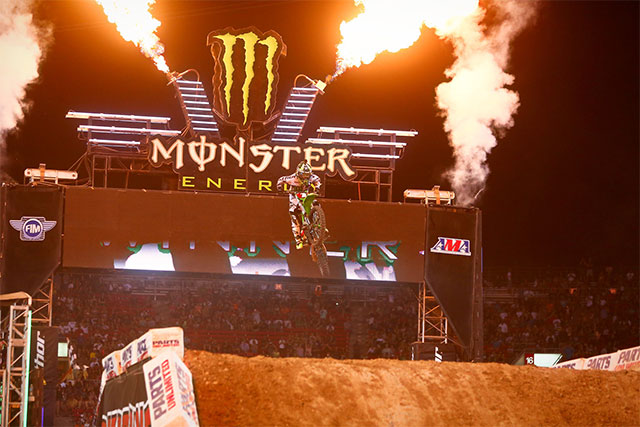 The 2016 AUS-X Open will mark the very first time around the globe that spectators will witness Four-time AMA World Supercross champion, Ryan Villopoto in action, as he competes over two nights of supercross competition inside Sydney‰Ûªs Qudos Bank Arena (formerly AllPhones) on the 12th and 13th of November.

Following his retirement, the 27-year-old from Poulsbo, Washington, has not competed in a single supercross race since.

Villopoto will face off against two-time World Champion, Chad Reed, during both nights of competition, along with a whole host of fast Australian supercross racers and more.

‰ÛÏI‰Ûªm really excited to announce that I‰Ûªll be lining up behind a supercross gate again in Sydney, Australia, this November for the second AUS-X Open event!‰Û