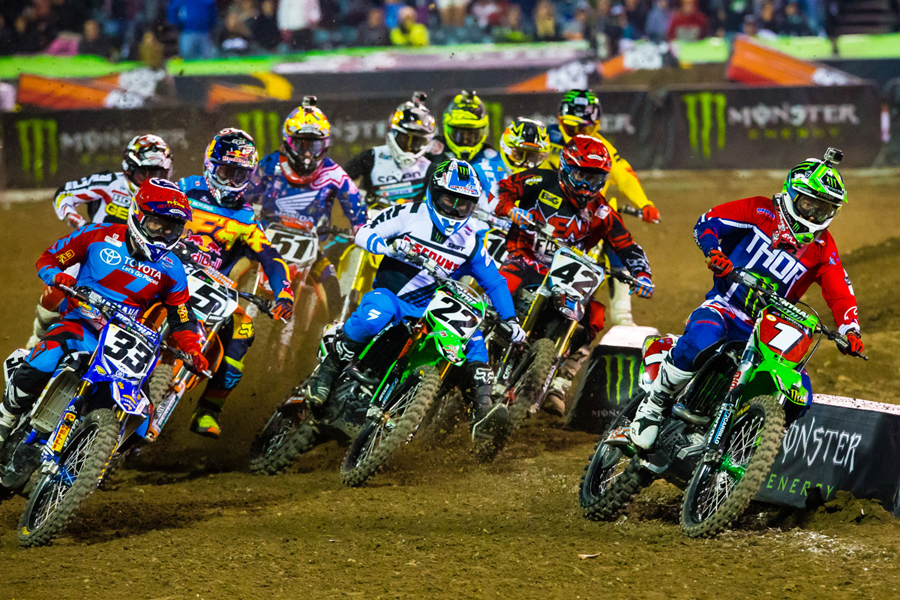 Three-time defending champion, Monster Energy AMA Supercross Champion, Ryan Villopoto walked away from the opening night of the season with a fourth place finish after leading the first half of the Main event.

The Monster Energy Kawasaki racer grabbed the holeshot in the main event and looked to be checking out before suffering a crash on his own. He remounted to charge forward and finished one spot shy of the podium in fourth.

Villopoto dug himself a deep hole last year at the season opener after crashing three times on his way to a 19th place finish, which left him with a fight on his hands to come back and win the 2013 title.

This year he looked like it would be the complete opposite as his KX450F rocketed to the lead from the start of the race. He started to get into a rhythm and was clicking off continuous fast laps for the first half of the race until a small mistake in a bowl turn put him on the ground.