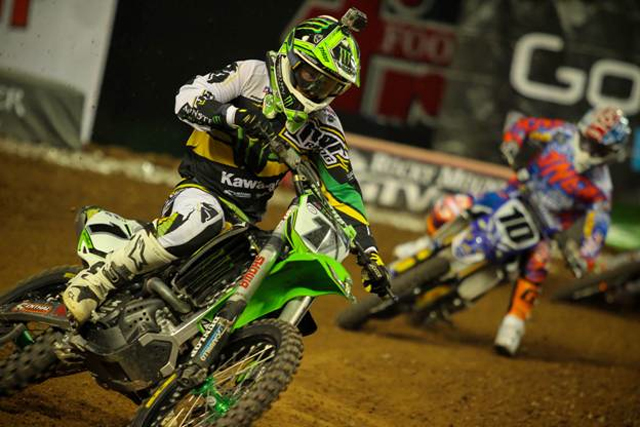 Brayton took over the lead after the second corner, bringing Dungey and Barcia with him. Barcia surged towards the front, passing Dungey for second and then setting his sights on the lead. Barcia briefly passed Brayton, but the Yamaha rider countered back, which allowed Dungey to reclaim second from Barcia. A six-rider battle ensued with Brayton, Dungey, Roczen, Barcia, Villopoto, and Stewart all within just a few seconds of one another.

On Lap 7, Barcia and Roczen made contact while battling for third, sending Roczen to the ground. Villopoto pressured Barcia shortly thereafter and made the pass for third.

As Dungey looked to make a move on Brayton, Villopoto closed in and made the pass for second on Lap 11. On Lap 13, Villopoto passed Brayton and fended off a late charge to win in Phoenix for the first time in the 450SX Class.


Brayton‰Ûªs runner-up effort tied his career-best finish, which came in Toronto in 2012. 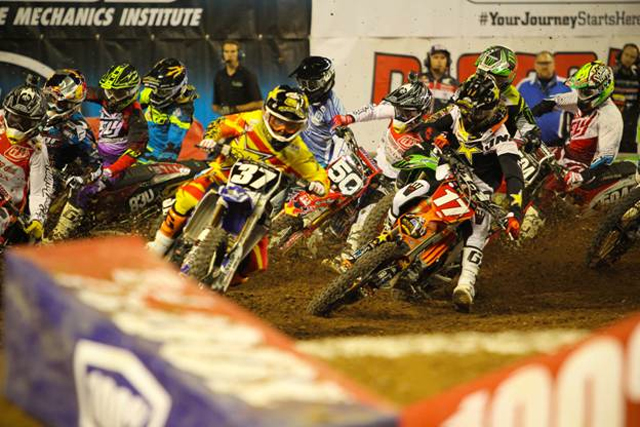 Webb held onto the lead for most of the opening lap until Troy Lee Designs/Lucas Oil Honda‰Ûªs Cole Seely moved into the lead by passing both Webb and Anderson, who started in second. Webb went down moments later and lost several positions.

Seely and Anderson opened a comfortable lead on the field, with Seely extending his advantage over Anderson for most of the 15-lap Main Event. As the leaders approached lappers in the late stages, Anderson reduced his deficit to mere bike lengths.

On the final lap, Seely made a slight mistake, which allowed Anderson to challenge for the lead, making the pass with about a half lap remaining. 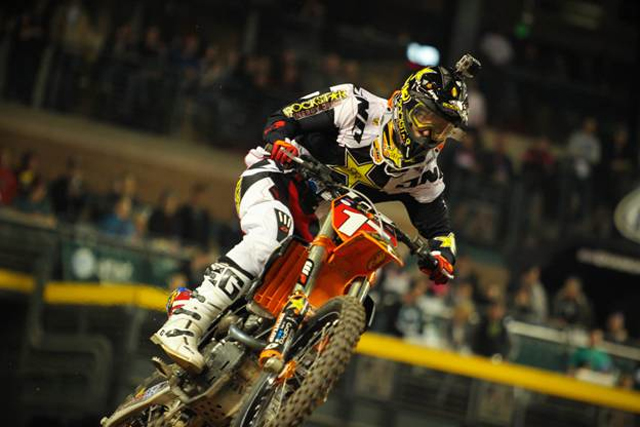 Anderson won three of his last four 250SX Class Main Events - Credit: Michael Bartovsky
For Seely it was the second weekend in a row where he was left feeling bummed after the race.