The Kenda Full Gas Sprint Enduro Series presented by PRI Powersports Insurance kicked off its 2017 schedule with the opening round of the season at MotoVated Sports Complex near Gaston, South Carolina, where Coastal Racing‰Ûªs Ryan Sipes claimed a 32-second victory over SRT Racing‰Ûªs Steward Baylor.

Sipes‰Ûª win was his first in the Kenda Full Gas Sprint Enduro Series, however, in his defense, the Kentucky rider has spent the last year dealing with assorted injuries, the most recent ‰ÛÒ a broken arm ‰ÛÒ which kept him from competing in last year‰Ûªs ISDE in Spain. 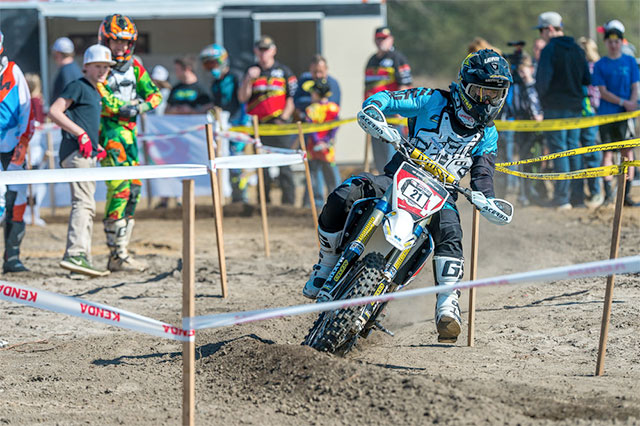 Ryan Sipes won nine of 12 tests en route to the win at the opening round of the Kenda Full Gas Sprint Enduro in South Carolin. Photo By Shan Moore
The South Carolina race also doubled an ISDE Qualifier, which this year changed back to a series format. The qualifiers give amateur riders from around the country a chance to compete for the right to represent the United States on a club team at this year‰Ûªs ISDE in France. Over 390 riders competed in this weekend‰Ûªs event, which is a record for the Kenda Full Gas Sprint Enduro Series. Twenty-seven riders signed up as LOI (Letter of Intent) for the weekend, meaning they are competing for ISDE Qualifier points. The top three LOI riders were Ty Tremaine, Jacob Rowland and Brendan Riordan.

Though he dominated the competition on Sunday, winning all six tests, Sipes battled tooth and nail with Baylor on Saturday, with Sipes winning each of the three Cross tests, while Baylor won all three of the Enduro tests. After a fierce, back and forth with Baylor, at the end of Day One, Sipes held about a four-second advantage over the South Carolina rider heading into the second day of racing. 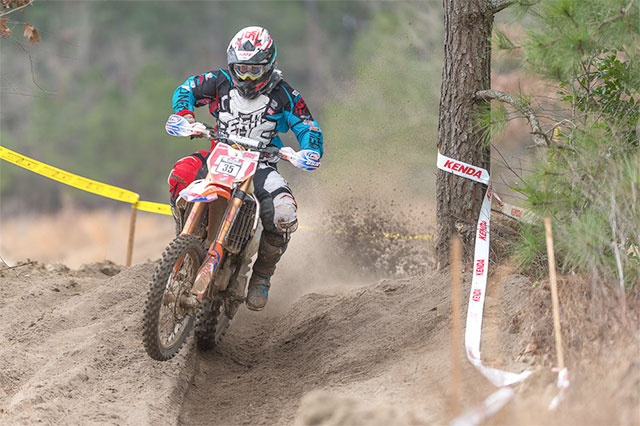 Steward Baylor battled back and forth with Sipes for the top spot on Saturday, but a crash on Sunday forced the SRT Racing KTM rider to settle for second. Photo By Shan Moore
‰ÛÏIt was back and forth all day with Sipes,‰Û 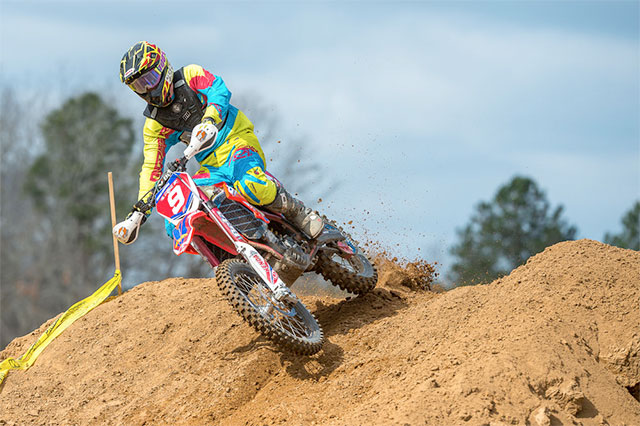 Jordan Ashbury came from behind on Sunday to finish third. Photo By Shan Moore
After two days of racing, Sipes picked up 28 seconds on Baylor on Sunday to claim the overall win by a comfortable 32-second margin. 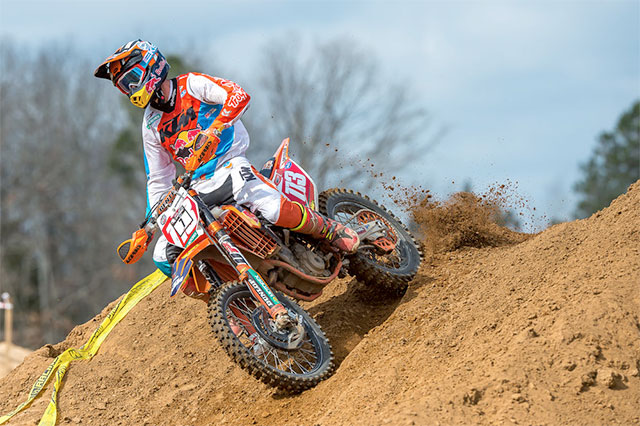 Russell Bobbitt was in the hunt for test wins on Saturday, however the FMF KTM Factory rider struggled with the course on Sunday and finished fourth. Photo By Shan Moore
Ashburn was 17 seconds behind Bobbitt heading into Sunday‰Ûªs event, and the Beta rider was able to find his form and make up considerable ground heading into the final test. Ashburn was just under four seconds behind Bobbitt with just the Cross test remaining and the Beta rider was able to make up the distance to steal third overall from Bobbitt.

‰ÛÏWe made some changes after Saturday and I came into Sunday‰Ûªs event knowing I had a big deficit to make up and we were able to get it done,‰Û 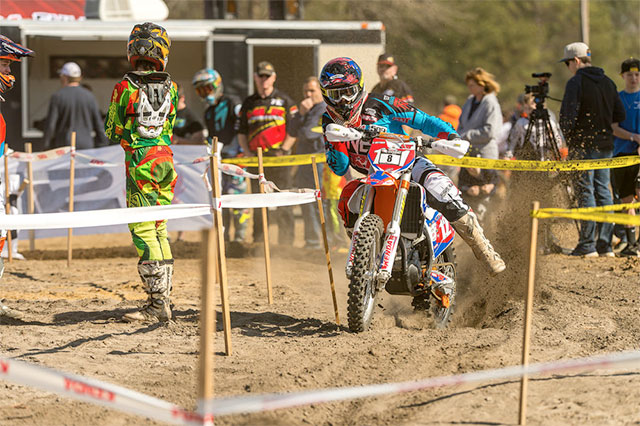 Cory Buttrick was third in the first test but broke his rear brake pedal in the second test and lost considerable time. The SRT KTM rider finished fifth. Photo By Shan Moore
Bobbitt finished a strong fourth for the weekend, admitting he struggled during Sunday‰Ûªs event.