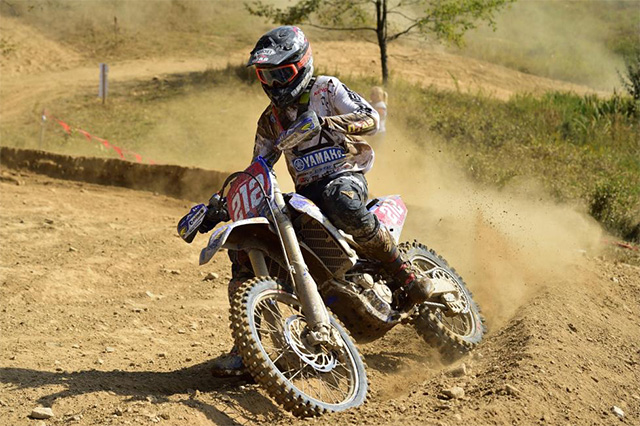 Ricky Russell jumped out to the early lead on his N-Fab/AmPro Yamaha-backed machine once the green flag waved and earned the $250 All Balls Racing XC1 Pro Holeshot Award. Mason Atherton was in tow, but as they entered the woods Coastal Racing/Husqvarna's Ryan Sipes led the way onto the dusty 12-mile course.

After dicing it out in the woods and settling into a pace, Sipes maintained the lead as they emerged in the first open field section with FMF/KTM Factory Racing's Kailub Russell sitting 30 seconds behind him. As the opening lap came to a close it was Sipes, K Russell and JCR Honda's Trevor Bollinger sitting in podium contention. 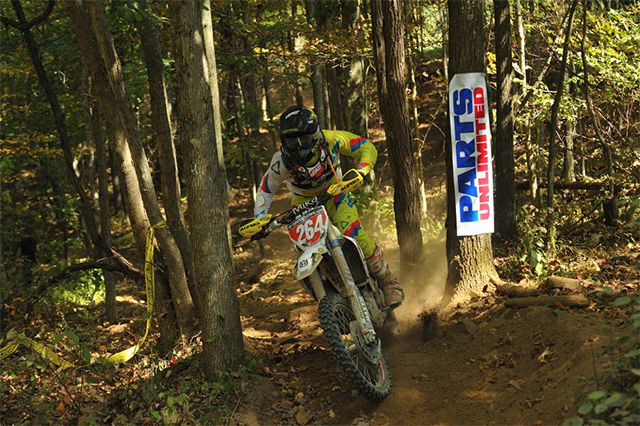 Ryan Sipes lead every lap from start to finish, winning his first-ever GNCC in a commanding fashion. Credit - Ken Hill
Sipes continued charging and as they completed the second lap, he sat over a minute ahead of K Russell who was accompanied by Bollinger who was on his rear wheel. Bollinger secured the second-place position on the next lap right before the FMF PowerPoint rock garden, but K Russell quickly worked his way back by him.

All eyes were on K Russell and Bollinger who had cut the gap on Sipes to only 30 seconds as they set out on lap four of the seven-lap race. Sipes' struggled through a pit stop where his quick fill gas can malfunctioned, followed by a machine that wouldn't fire back up, but even with the added time he kept a comfortable gap over K Russell.

At the mid-way point of the race, a change-up occurred for the final podium position where Bollinger fell back to fifth and R Russell and SRT/KTM's Stu Baylor moved to third and fourth.

Sipes still had command of the lead once the two-lap card came out, while K Russell tipped over just before checking in timing and scoring. K Russell quickly remounted his bike, but the gap remained the same as the white flag came out. 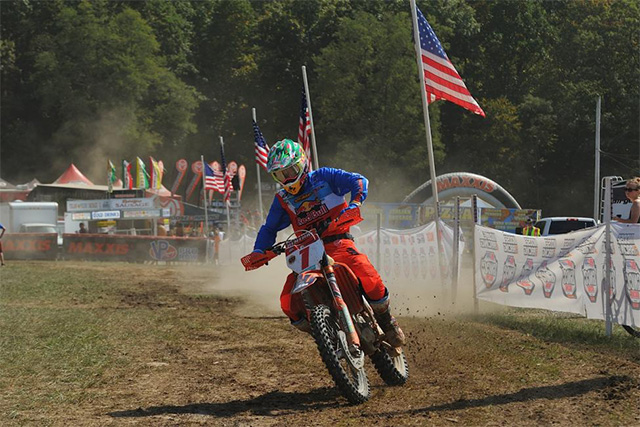 Kailub Russell remains on the hunt for his fifth consecutive GNCC championship after finishing second overall. Credit:
Sipes continued his dominance on the last lap, while R Russell began closing the gap on K Russell. Sipes raced his way to the checkered flag 33 seconds ahead of K Russell, earning his first ever overall win. R Russell cut the gap to only five seconds by the time he crossed the finish line in third.

When it was time for the second line to take off, Coastal Racing/Husqvarna's Layne Michael earned the $100 Hot Cams XC2 Holeshot Award. Michael lead the first two laps of the race, until N-Fab AmPro Yamaha's Josh Toth took over the lead. Toth stayed consistent in the lead until the finish, where he was awarded with the No. 1 plate for the XC2 250 Pro class championship. Coastal Racing/Husqvarna's Craig Delong followed in second, while Michael followed his teammate in third. 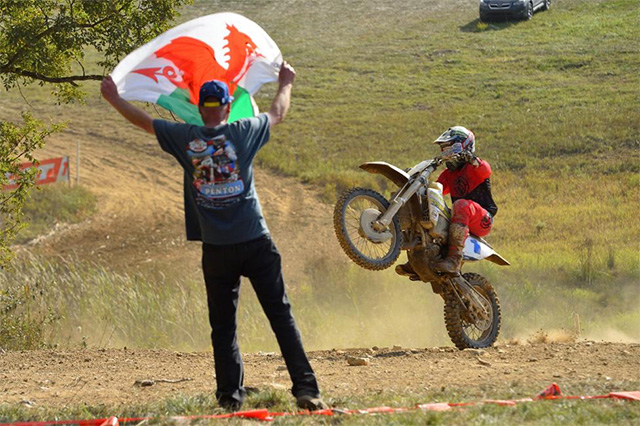 Jason Thomas wrapped up the inaugural FMF XC3 125 Pro-Am class championship at the Mountaineer Run GNCC. Credit: - Ken Hill
N-Fab/AmPro Yamaha's Paul Whibley snagged the $100 Wiseco FMF XC3 125 Pro-Am class holeshot, but Jason Thomas was able to get in the early lead and maintain the front position until the checkered flag flew. Whibley and Coastal Racing/Husqvarna's Jack Edmondson rounded out the class podium. Thomas' win vaulted him to the top of the points standings where he was presented with the National Championship.

The WXC ladies topped the 10 a.m. overall podium, where Fly Racing/Maxxis/Seat Concepts/KTM's Becca Sheets claimed her second win of the season. Bonanza Plumbing/Trail Jester KTM"s Mackenzie Tricker followed in second, while The Motorcycle Shop/Kenda/Bell/V3 Off-Road's Brooke Cosner rounded out the podium in third. Randall Ervin was awarded the Overall Amateur award after his 125 B/C class win and tenth overall. 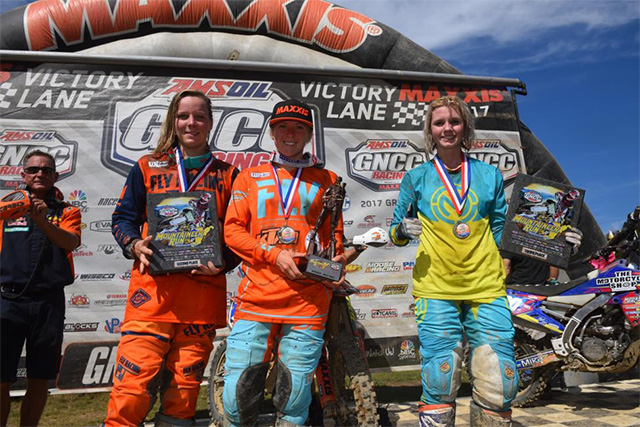